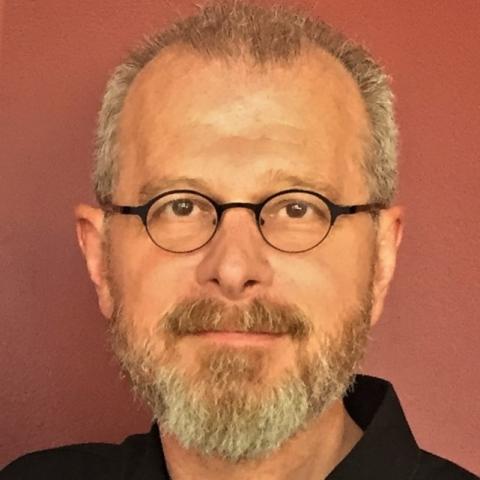 João Biehl is Susan Dod Brown Professor of Anthropology and Princeton School of Public and International Affairs Faculty Associate at Princeton University, where he is  the Co-Director of the Global Health Program and the Director of the Brazil LAB.

Biehl is the author of Vita: Life in a Zone of Social Abandonment and Will to Live: AIDS Therapies and the Politics of Survival. These books are ethnographic studies of the experience and treatment of mental illness and AIDS, respectively. Both Vita and Will to Live explore new regimes of normalcy and the geographies of access and marginalization that have emerged alongside pharmaceutical globalization, paying particular attention to the proliferation of zones of social abandonment along with the growing pharmaceuticalization of health in a transforming Brazil. They also elaborate on the circuits of care and the mobilization for workable infrastructures through which poor patients and families articulate alternative modes of existence and politics.

Will to Live was awarded the Wellcome Medal of Britain’s Royal Anthropological Society and the Diana Forsythe Prize of the American Anthropological Association. Biehl received the Rudolph Virchow Award for his articles “The Activist State” and “Pharmaceuticalization.”

Concerned with the conceptual and literary force of ethnography, Biehl has recently co-authored Unfinished: The Anthropology of Becoming. He is also the co-author of the books When People Come First: Critical Studies in Global Health and Subjectivity: Ethnographic Investigations. Biehl is co-editing the book series Critical Global Health at Duke University Press.

Biehl has been awarded Fellowships from the John Simon Guggenheim Memorial Foundation and the John D. and Catherine T. MacArthur Foundation. His research has been funded by the Wenner-Gren Foundation, the Ford Foundation, and Princeton’s Health Grand Challenges Initiative. He held the Harold Willis Dodds Presidential University Preceptorship at Princeton and was a Member of both the School of Social Science and the School of Historical Studies at the Institute for Advanced Study. Biehl was also a Fellow at the School for Advanced Research, the Center for Theological Inquiry, and the Princeton’s Humanities Council, as well as a Visiting Professor at the École des hautes études en sciences sociales.

Before joining the Princeton faculty in 2001, Biehl was a National Institute of Mental Health Postdoctoral Fellow at Harvard University (1998-2000). He earned a doctorate in Anthropology from the University of California at Berkeley (1999) and a doctorate in Religion from the Graduate Theological Union (1996). Biehl received a master’s degree in Philosophy and undergraduate degrees in Theology and Journalism from academic institutions in Brazil.

Biehl is writing a book tentatively titled Traces-of-what-one-does-not-know—an historical ethnography of the Mucker War, a religious and fratricidal conflict that shattered the 19th century German-Brazilian communities of southern Brazil. He is also co-writing Memento Vivere: War and Worldmaking in the South American Borderlands (1864-1874) and collaborating on two edited books: Oikography: A New Anthropology of the House and Arc of Interference: Medical Anthropology for Worlds on the Edge.

At PIIRS' Brazil LAB, Biehl is leading a multi-disciplinary academic partnership with the Graduate Program in Social Anthropology of Brazil’s Museu Nacional. He is also helping to curate Captured + Escaped, a digital platform of storied images of different phases of the institution of slavery in Brazil, exploring key themes such as the South Atlantic slave trade, rural and urban enslaved labor, family life, childhood and aging, cultural manifestations, religiosity, slave resistances, and post-abolition life.

In his current ethnographic research, Biehl is exploring the judicialization of health and the emergence of the category of patient-citizen-consumer in Brazil. Though the Amazonian Leapfrogging project, he is also chronicling multi-stakeholders’ efforts to articulate an alternative vision for the Brazilian Amazon, which is threatened by illegal deforestation, fires, and socioeconomic inequality.