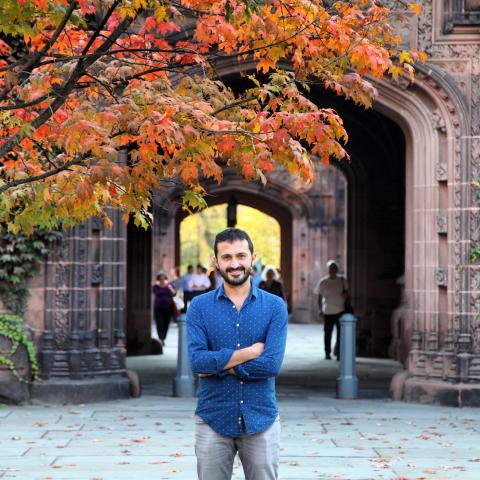 Onur Günay is an anthropologist and documentary film-maker. Currently, he is a postdoctoral research associate at Princeton School of Public and International Affairs and a lecturer at the Department of Anthropology. Onur’s research focuses on the processes by which displaced Kurdish migrants become urban laborers in Istanbul, exploring how ethnic and cultural differences are recast through labor, as these differences mark migrant Kurdish men’s bodies, sexualities, life prospects, and senses of belonging in the city. His work has appeared in American Anthropologist, Dialectical Anthropology, New Perspectives on Turkey, and Toplum ve Kuram (Theory and Society), and online at Jadaliyya, Somatosphere, Özgür Gündem, Evrensel, T24, and Bianet.

Onur’s work as a filmmaker is integral to his work as anthropologist and storyteller of the lives of his interlocutors. His last documentary, Garod [Longing], made with ethnomusicologist Burcu Yıldız, portrays the lives and the musical stories of two Armenian American musicians using their trip to the family’s lost hometown of Diyarbakır as the central narrative arc. Garod focuses on the remaking of a musical tradition and explores the ways in which the Armenian community in the United States coped with pain and loss through music and art.

His fields of research and teaching include political and medical anthropology, urban ethnography, ethics and subjectivity, state and violence, migration, masculinity, drug use and mental health, memory, political economy, labor, ethnographic film-making, political Islam and the Middle East. He holds a PhD (2017) and an MA (2013) in Anthropology from Princeton University, and an MA in Sociology from Boğaziçi University. In 2017-2018, he was a Mellon Postdoctoral Fellow at Harvard University Mahindra Humanities Center.

More can be found on his Academia page.