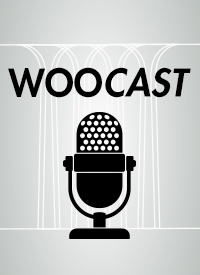 Aug 11 2016
By
Donald Trump has focused on easing tensions with the Republican Party this week by endorsing House Speaker Paul Ryan, Senator John McCain and Senator Susan Collins. But while these endorsements are intended to unify the ticket, it's not clear whether these Republican candidates actually want Trump's endorsement, as evidenced by Collins's refusal to support Trump. If disaffected Republicans like Collins stay home, this could spell trouble for downticket races.
What kind of effect will these endorsements - and Trump's campaign in general - have on the House and the Senate? Could Trump have inverse coattails, and drag other candidates down? How does gerrymandering complicate this? And how could third-party candidates like Evan McMullin, who joined the race this week, influence the election? Could McMullin give reluctant Republicans a reason to turn out - and help save downticket candidates in the process?
Professors Julian Zelizer and Sam Wang discuss this and more in episode seven of “Politics & Polls.” Full Podcast Here