After the Deal: Partnerships with Iran Could Reduce Long-Term Nuclear Risks

Within the next two weeks, or soon after, the United States and five world powers hope to finalize a nuclear deal with Iran to limit its nuclear activities in exchange for a relaxing of international economic and financial sanctions. But what happens in 10 years when some of the key restrictions being discussed begin to phase out?

One of the biggest concerns is Iran’s uranium enrichment program, which uses high-speed centrifuges to produce uranium enriched to a level appropriate for nuclear power reactor fuel. Enrichment plants like this can be quickly reconfigured to produce “weapon-grade” uranium.

One way to reduce this risk is by converting Iran's enrichment program from a national to a multinational enterprise, according to a policy report published in the journal Science by researchers from Princeton University's Program on Science and Global Security (SGS), based at the Woodrow Wilson School of Public and International Affairs.

“Reducing proliferation risks by ending national control over dangerous civilian nuclear activities is an important idea with a long history,” said Alexander Glaser, one of the authors of the report and assistant professor of engineering and international affairs. “As civilian nuclear technology keeps spreading, multinational control may offer the only realistic way to stop the spread of nuclear weapons capability." 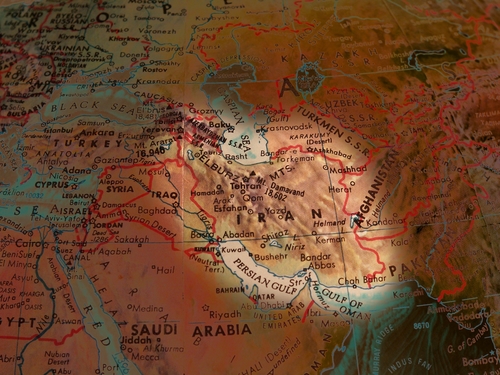 In their report, Glaser and co-authors Frank von Hippel, professor of public and international affairs, and Zia Mian, a research scholar at SGS, explain the special risk of modern centrifuge enrichment technology and how this risk increases dramatically with the number of centrifuges and the available uranium stockpile. Taken together, these factors determine the “breakout time” – the time it would take a country to acquire enough weapon-grade material for one nuclear bomb. Making sure that the breakout time is at least one year has been a key objective of the United States in talks with Iran.

The Princeton authors propose that Iran's neighbors and one or more members of the E3+3 (France, Germany and the United Kingdom, plus China, Russia and the United States, often called the P5+1) could purchase a share of Natanz, Iran's primary nuclear enrichment plant. This would give the world continued access to Iran’s centrifuge program and confidence that it was being used only for peaceful purposes – in a way that goes beyond traditional international nuclear safeguards.

Because all of the E3+3 partners have expertise in uranium enrichment, they would not be required to share centrifuge technology but could be given full access to the plant without raising new proliferation concerns, the researchers write. To ensure even greater transparency, Middle Eastern countries could form a regional nuclear inspectorate, when politically appropriate, to supplement current international safeguards. "This would be similar to what Argentina and Brazil did after they both simultaneously gave up their nuclear weapon programs," von Hippel said.

"The nuclear deal with Iran and a multinational approach to uranium enrichment could be important steps toward a long-hoped-for nuclear weapon-free zone in the Middle East," said Mian, one of the authors of the report. "Achieving this goal would become easier if all the countries in the region accepted the same nuclear limitations as Iran and Israel gave up its nuclear weapons, something the international community has long demanded."

The policy report, "After the Iran deal: Toward multinational enrichment," was published in Science on June 18.