Crafting a Strategy During Times of Crisis

How should policy makers craft a national security strategy during a time of crisis? A group of Woodrow Wilson School students found out during a Dec. 6 crisis simulation sponsored by Princeton’s Center for International Security Studies (CISS) and organized by two of the center’s student fellows. 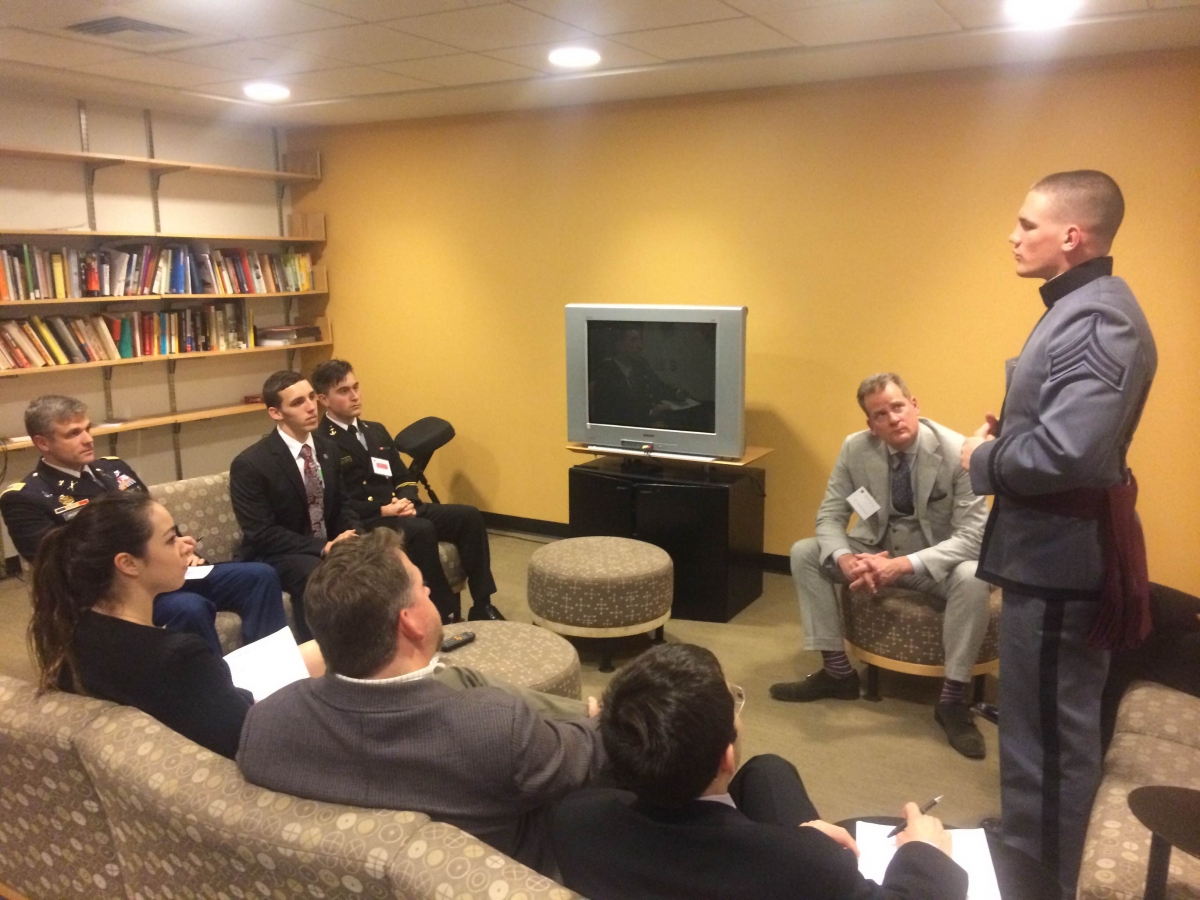 Focusing on the strategic interactions between five countries – Germany, Poland, Russia, Ukraine and the United States – the 70 participants involved in the project were able to examine and experience some of the obstacles to formulating strategies in the real world.

Throughout the day-long event, the participants – which included Princeton undergraduate and graduate students, West Point cadets, Naval Academy midshipmen and students from several other universities – had to negotiate agreements, present public statements and work together to achieve varying political objectives. A delegation of officers from the Marine Corps University's Command and Staff College acted as advisers on military matters to the student teams.

Each "country" was divided into two groups — executive and military — and they were prohibited from meeting together in the same room. Instead, they had to communicate with one another in public spaces, where they ran the risk of being overhead by other teams. The rule simulated the fact that, in times of crises, it can be difficult to get all decision-makers in the same room at the same time, impairing effective communications. Additionally, the various teams were given conflicting information, impeding their ability to reach negotiated agreements. 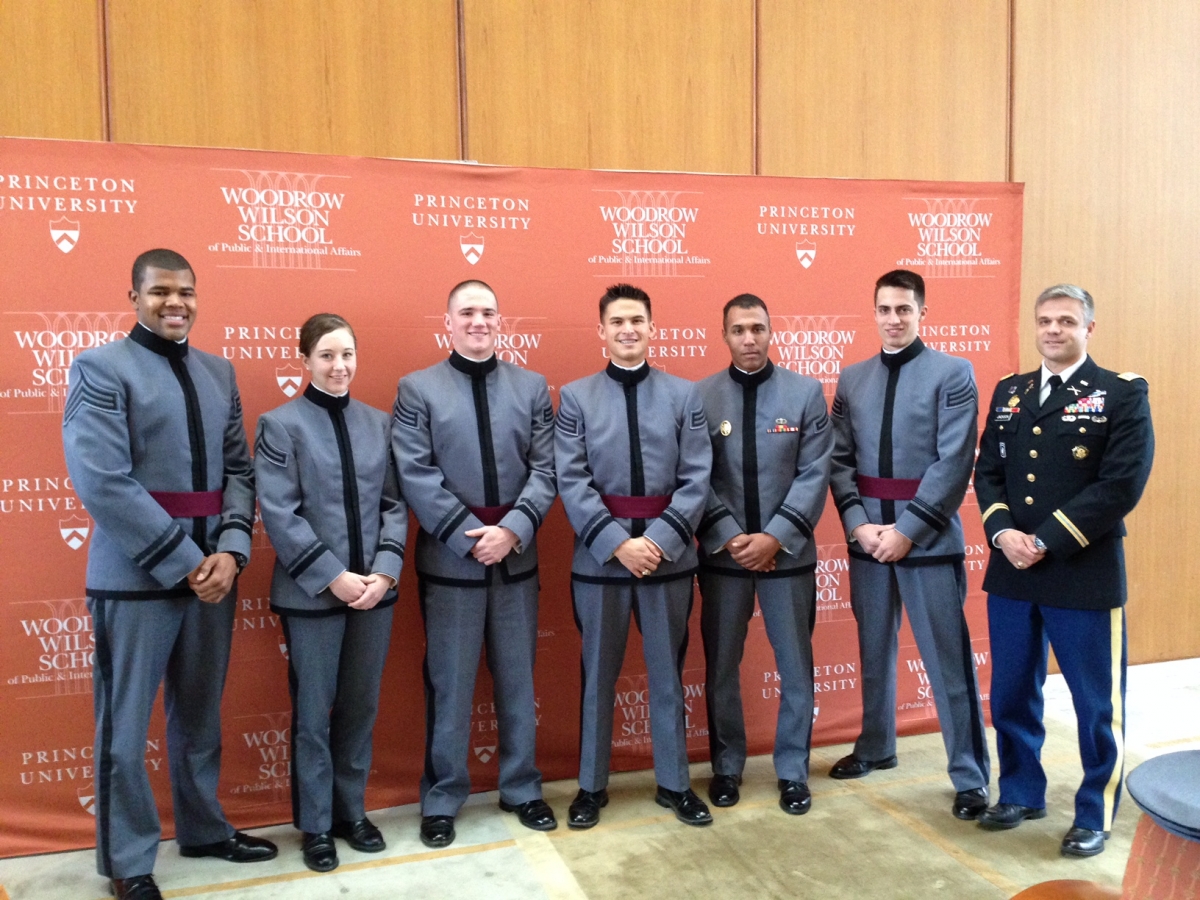 “The success of this year’s simulation is testament to the power of CISS and the Woodrow Wilson School to convene diverse groups to tackle the biggest policy challenges," said Travis Sharp, a Ph.D. student in security studies and director of CISS' Strategic Education Initiative. "The simulation helped foster personal bonds, which will matter greatly when our students confront crises as real-world leaders.”

The crisis simulation is part of a broad range of events run by CISS.

"For the last several years, the CISS Strategic Education Initiative has sponsored a number of activities designed to give students some exposure outside the classroom to the challenges of strategic decision making," said Aaron Friedberg, CISS co-director and professor of politics and international affairs at the Wilson School. "In addition to large and complex crisis simulations like the one just completed, SEI organizes an annual staff ride to the Gettysburg battlefield. In the past several years we have also sponsored student trips to Normandy and World War One battlefields in France and Belgium. These activities are organized and run by students at all levels, including Ph.D. and master's degree candidates as well as undergraduates. Their energy, interest and commitment are what makes the program a success." 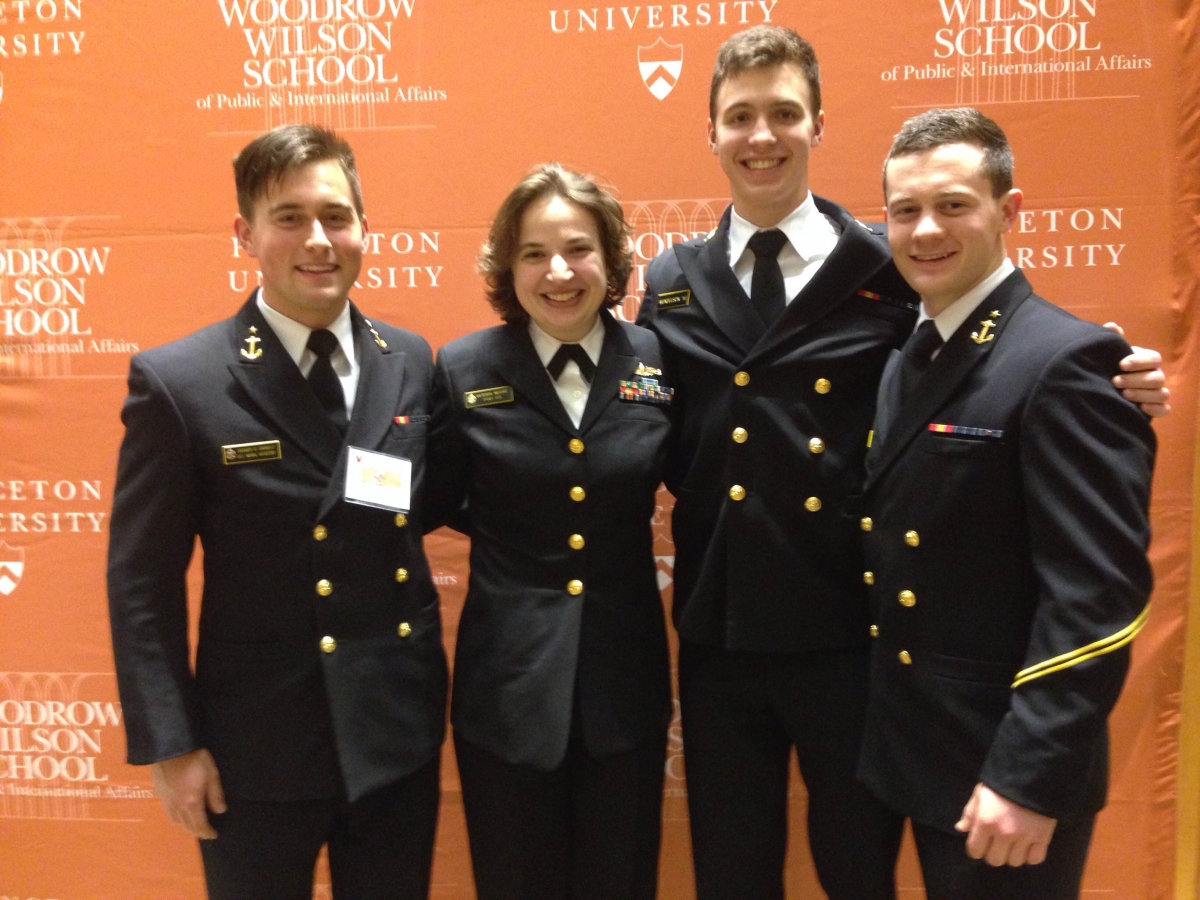