Professor Christopher Neilson is passionate about ensuring that government policy — in particular education policy — is founded on theory and measurement. He aspires to upend the typical formula where policymakers develop, implement and program, and then outside academics evaluate progress. Rather, he wants to make sure development and implementation go hand in hand with evaluation.

This is the concept behind his latest project: the Peruvian MineduLAB, a new lab for education policy housed within a governmental ministry. For the first time, reforms of Peru’s public education system now count on a research and development lab — from conception to evaluation.

In the past, the ministry would first implement a policy and then, much later, academics would evaluate it, with both the government and faculty working on separate tracks. MineduLAB merges those two institutions. This not only helps foster cooperation, but also does so in a more cost-effective way, Neilson explained.

“If you can plan evaluation before you implement the policy, it’s much easier to design the implementation and generate a setting where you can evaluate to see if it works or how to fix it,” said Neilson, an applied microeconomist and assistant professor of economics and public affairs at Princeton University’s Woodrow Wilson School of Public and International Affairs. “The lab also provides policymakers a direct line to researchers specializing in topics related to the policy interests of the moment. A quick conversation or a memo from an expert gets policymakers up to speed on the latest evidence fast and avoids reinventing the wheel.” 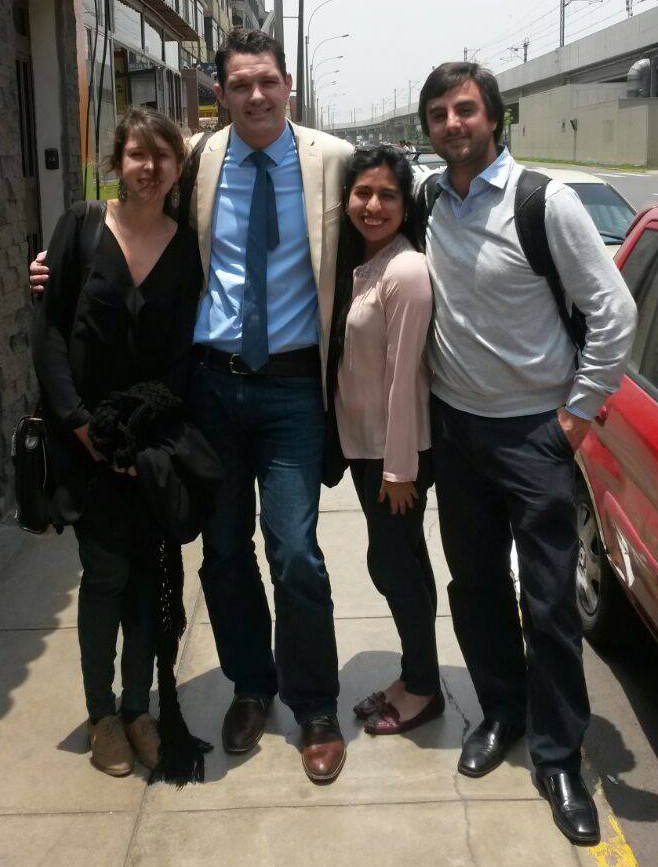 In April 2016, after 18 months of labor and seven trips to Peru, Neilson and his colleagues at The Abdul Latif Jameel Poverty Action Lab (J-PAL) and Innovations for Poverty Actions (IPA) officially launched the lab with an inauguration event that was attended by Peruvian Minister of Education Jaime Saavedra Chanduví, members of the public and private sectors and other members of the Ministerio de Educación del Perú (Ministry of Education) in Lima.

Initially, the lab was an idea out of the Massachusetts Institute of Technology’s J-PAL office in Santiago, Chile, which promotes impact evaluation for Latin American policies. Ryan Cooper, the administrative head of the J-PAL office, had been promoting and discussing the idea in different countries across the region for several years until Juan Pablo Silva, a Peruvian policymaker, took interest. Neilson was invited to help develop the proposal and foster the lab and, in 2014, he traveled to Peru with Cooper to propose the idea to the Ministry of Education.

Once the Ministry of Education agreed to take part in the lab, the project expanded. As more policymakers and academics got involved, Neilson helped to bridge both the language and professional gaps between the two worlds, helping more people connect.

Soon, Innovations for Poverty Action, the Ministry of Education and Fortalecimiento de la Gestión de la Educación partnered with MineduLAB. Then, the U.S. Department of Labor awarded the IPA a $1-million grant to help reduce child labor, one of the many benefits of increased education. After the grant, work capacity intensified. What began as a small project among three now hosts a staff of over two dozen people both within and outside the Ministry.

In its first year of development, MineduLAB proposed six projects and implemented three that were selected by the secretary of strategic planning.

One of those three projects involved a policy aimed at providing students with counseling services and information about their educational choices. It contemplated showing videos to fifth graders through high school seniors that promoted the benefits of secondary and higher education and offered information about different educational options and ways to access higher education. The idea to use video to reach students was initially developed in the ministry by Isy Faingold MPA ’09, the Peruvian director of secondary education.

“Given recent work on similar policies, we suggested modifying and expanding the scope to include information about new sources of financial aid and about how earnings are related to types of education,” Neilson, one of the principal investigators for this project, said. “So we explained majors, where to study, how to study, how to finance it and other things we consider to be important in education.”

This initiative, Decidiendo un Futuro Mejor (DFM), aims to reduce dropout rates in secondary schools and reduce child labor by encouraging kids to go to school. DFM proved early on how academics and policymakers could work together to create an effective, policy-based experiment. Although early testimonial results are promising, the final data are still being collected. However, many students agree the videos affected the way they view higher education.

Although so far successful, establishing MineduLAB was not always an easy road, as policymakers and academics often approach their work with different perspectives and goals.

“This was hard to do at first because it was so foreign to a lot of policymakers,” Neilson said. “But I think that once they get used to the idea, it’s going to get easier. I’m hoping that, as a result, we get better policies.”

For Neilson, the lab presents a great opportunity to work with large-scale evaluations across an entire country and produce discernable results.

“The topics that come up here are an interplay between what I find interesting from an academic perspective. At the same time, I can add value to something the government cares about and will actually get implemented in real life,” he said. “And that was the main push for myself and other academics at this stage.”

For someone working in policy research for developing countries, seeing large-scale impact is extremely rewarding. To garner such impact, Neilson learned that he must select projects that are interesting to the Peruvian government, sometimes at the cost of performing publishable research.

“One of our earliest projects was testing a text-message reminder system for school administrators, reminding them to fill out the forms that they need to fill out on time to get funds for their schools,” he said.

A number of principals had been neglecting to turn paperwork in on time, causing their schools to miss out on valuable funding. The lab identified the issue, contacted experts in that specific area and created a methodological solution. It is currently monitoring the results in an experimental setting.

“The lab designed the evaluation and sent a text message to 17,000 principals in Peru to remind them to fill out their forms,” Neilson said. “It was very low-cost to think about how to set up an evaluation, help them figure out how to do it and contact them with academics specialized in that type of policy. It was a priority from within the ministry, and it got developed and evaluated rigorously with the help of the lab.”

In a short period of time, MineduLAB has changed the way policymakers view their jobs as they think more critically about programs.

Additionally, lab members remain optimistic that the international community will notice the research coming out of the lab, inspiring the model to spread to other countries. J-PAL is currently in conversation with other regional governments, aiming to set up labs or similar projects throughout Peru’s neighboring nations, while Neilson has taken some of his work to the Dominican Republic, where he performs policy evaluation outside the government.

As for Peru, the fate of MineduLAB remains uncertain. Despite support from the current government, this summer’s elections and change of leadership could mean an upheaval. Neilson is hopeful that Pedro Pablo Kuczynski, Peru's new president-elect and an alumnus of the Wilson School, will lend continued support to joint efforts like this one.

“Sometimes, if there’s a party change — especially when a new government comes in — they erase every policy that the previous government had, especially if they’re smaller items, like showing videos in schools,” Neilson said. “But if you have evidence showing that the policy had an impact, it makes it much harder for the new government to eliminate it, as it’s been proven to work. So it’s not a political thing anymore, it’s scientific. And that gives policies more staying power.”

Neilson hopes that this combination of academic research and policy implementation inspires the government to keep the lab alive for years to come.

“These issues are interesting to the government,” Neilson said. “We have a lot of resources to design good policies and evaluate good policies, but at the end of the day, what matters is what the government is going to do in real life. For me to be able to affect the life of a kid somewhere, I need not only for my methods to be good, and for my idea to be good, I also need policymakers to care.”