Q&A: The Influence of Scientists and Technology in World War II

Technology plays a powerful role in war. This was especially evident in World War II, which occurred during an era rich with technological innovation. From atomic weapons to remote sensing, many of the devices employed for military use then are still used today. 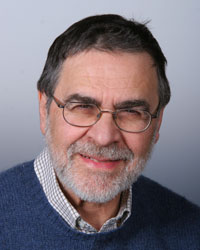 Feiveson is a senior research scientist, emeritus, in the Program on Science and Global Security, based at Princeton University’s Woodrow Wilson School of Public and International Affairs.

Feiveson: I wrote the book after giving several freshman seminars at Princeton University on the topic of scientists in World War II and realizing how interested students are in this topic. It is worth remembering how vital science was in the Allied victory in World War II.

Feiveson: In early 1942, few observers would have been confident of Allied victory in the war. Germany had conquered most of Europe and was deep into Russia. Japan had taken over critical places in the Pacific and had devastated the U.S. battle fleet at Pearl Harbor. But the tide of battle changed dramatically, and, in this, the role of Allied scientists played a vital role.

The advances included radar and the Spitfire fighter aircraft used in the Battle of Britain; breaking the German Enigma cipher; microwave radar, high-frequency direction finding and operations research in the Battle of the Atlantic against German U-boats; the P-51 Mustang, proximity fuse, and navigation aids in the battle for air supremacy; the role of tides, amphibious craft, and artificial harbors at D-Day; and the Manhattan Project to develop an atomic bomb.

Feiveson: The policy implications are to better understand the role scientists must now play in defense policy, both in developing technologies, and in participating in the policy debates on how such technologies should be used. In particular, it is important in assessing current nuclear policies to understand how the atomic era came to be.