Recent studies show those at the lowest income levels typically choose the $100 now, favoring immediate rewards over larger, delayed payoffs. However, this type of short-term decision-making often leaves individuals worse off financially, making it increasingly difficult to escape destitution in the long run.

Escaping cycles of poverty may depend on how much a person feels he or she can rely on their local communities, according to research led by Princeton University. Published in the Proceedings of the National Academy of Sciences, the study finds that low-income individuals who trust their communities make better long-term financial decisions. This is likely because citizens rely on friends and neighbors for financial support rather than quick fixes like payday loans, which further indebt them. 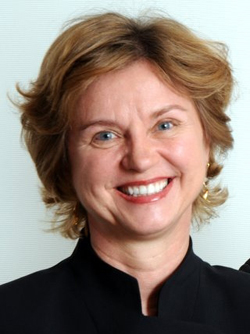 “Instead of cutting funding to community development programs, policymakers should implement changes that give individuals in low-income communities more opportunities to develop community trust,” said study co-author Elke Weber, the Gerhard R. Andlinger Professor in Energy and the Environment and professor of psychology and public affairs at Princeton University’s Woodrow Wilson School of Public and International Affairs.

To determine why low-income individuals tend to make more myopic (or short-term) financial decisions, the researchers conducted a series of studies, focusing on both the United States and Bangladesh.

In the first study, the researchers invited 647 participants from the United States to make several choices between “smaller, sooner” and “larger, later” options, taking into account participants’ incomes and how much they trusted their local communities. They found that richer participants were generally less likely to make harmful short-term decisions than those with lower incomes, but that this only applied to low-income individuals who did not trust their communities. In contrast, those low-income individuals who trust their communities more made financial decisions that were very similar to those made by richer participants.

“Current financial dilemmas are stressful and leave people with no option but to choose immediate solutions. Our results indicate that lower-income people are less likely to invest in the long-term because of their immediate financial needs,” said Weber. “This is in line with work by Princeton’s Eldar Shafir and others: that scarcity leads to harmful long-term decision-making.”

In the second study, the researchers evaluated “payday loans” in the United States, which carry high interest rates and exacerbate cycles of poverty among the poor. After reviewing the Federal Reserve Board’s Survey of Household Economics and Decisionmaking, the researchers found that fewer payday loans were taken out in communities where levels of trust were higher. This is because individuals can rely on their communities to help with financial needs (taking out a loan from a friend, for example), instead of resorting to high-interest emergency loans, the researchers said.

In the final part of the study, the researchers turned their attention to Bangladesh, where they conducted a two-year field study. Together with BRAC and The Hunger Project, a global nonprofit organization, the researchers worked with 121 of Bangladesh’s smallest local government units, known as council unions. They trained community volunteers to act as intermediaries between local government and community residents. Volunteers met with members of their community and helped provide them with access to public services. Volunteers also provided guidance to government units directly.

Taken together, the findings highlight the importance of building trust in low-income communities. The findings also point to the benefits of programs currently targeted for budget cuts by the Trump administration, the researchers said.

“The Trump administration’s preliminary federal budget for 2018 recommends eliminating the $3 billion Community Development Block Grant, a program established in 1974 to help communities address a wide range of their development needs,” said Jachimowicz. “The budget blueprint reasons that the program is ‘not well-targeted to the poorest populations and has not demonstrated results.’ The evidence presented in our paper contradicts this claim, and suggests eliminating this line item could lead to devastating consequences, particularly for those on low incomes.”

The paper, “Community trust reduces myopic decisions of low-income individuals,” was published online in PNAS on April 11. This research was made possible in part by a Cambridge Judge Business School small grant, the research facilities provided by the Center for Decision Sciences at Columbia University and the support of the German National Academic Foundation.