Rising senior Ella Cheng ’16 made a splash last fall when she was elected Princeton University’s first woman president of the Undergraduate Student Government (USG) since 2003. But since taking office this past February, Cheng, a major in the Woodrow Wilson School, has made a greater name for herself through her campus-wide initiatives, already shaping what will be a legacy of diplomacy and service.

Cheng first became involved with USG during her freshman year when she ran for class senator. The Queens, N.Y., native had been class president her senior year at Hunter College High School in New York City, but knew that to run a large-scale campaign she needed more than the gummi bears she sold to gain entrance to her elementary school student government. 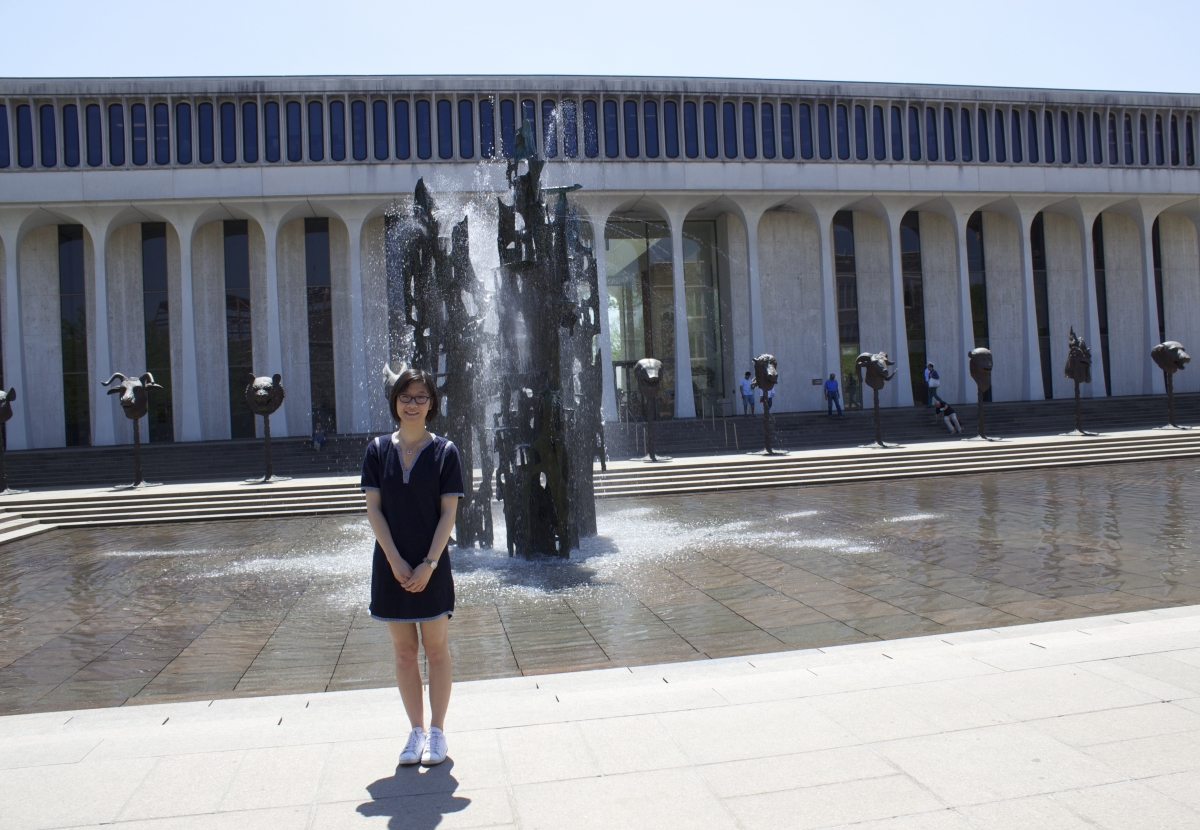 “I was terrified,” Cheng said. “The other candidates for USG were knocking on doors, and I didn’t even like using Facebook. But my mantra freshman year was, ‘Get out of your comfort zone.’”

What ensued was a year-long stint in Princeton’s breakdancing crew and membership in about 10 other clubs. But the mantra worked, and the first knock on a constituent’s door sealed her fate – she loved it.

“I could see that USG made a meaningful difference in the Princeton community, and I met so many people I wouldn’t have had the chance to get to know otherwise,” Cheng said of campaigning.

Cheng came in second of eight candidates by one vote, claiming one of the two senator positions. She found this encouraging.

“I didn’t have a large presence on campus when I started out,” Cheng said. “I saw what a huge difference campaign outreach and going door-to-door could make.”

The following year, Cheng moved on to claim the role of University Student Life Chair as a rising junior.

Cheng campaigned on a vision of a more streamlined, productive organization. Her first act was overhauling communications. USG now has a more active social media presence, sends regular e-mails to the student body and built a brand new website, www.princetonusg.com, which provides information on activities, initiatives and a who’s who of the leadership.

Cheng strives to be on-call and engaged in dialogue with students and administrators, whether it’s representing undergraduates in University policymaking or ensuring that matters like stapler refills in the residence halls are followed through.

“This is my way of giving back to the school that has given me so much,” Cheng said. “I make sure the organization functions, but also that I’m fostering a place for service and leadership and helping other people grow. Even more time is invested in the individual students of the community than the projects themselves.”

USG represents the students on issues like campus planning and in the committee to appoint a new vice president of campus life, responsible for curriculum, admissions and financial aid.

The organization actively seeks feedback and participation from students, even enticing some to participate in a focus group with a Chipotle study break. Other projects include selecting the first student band to open for the spring lawn parties, subsidized buses to New York City for cultural activities and movie nights at the Princeton Garden Theatre.

An increase in referenda from students is currently prompting an evaluation of current procedures, Cheng said. 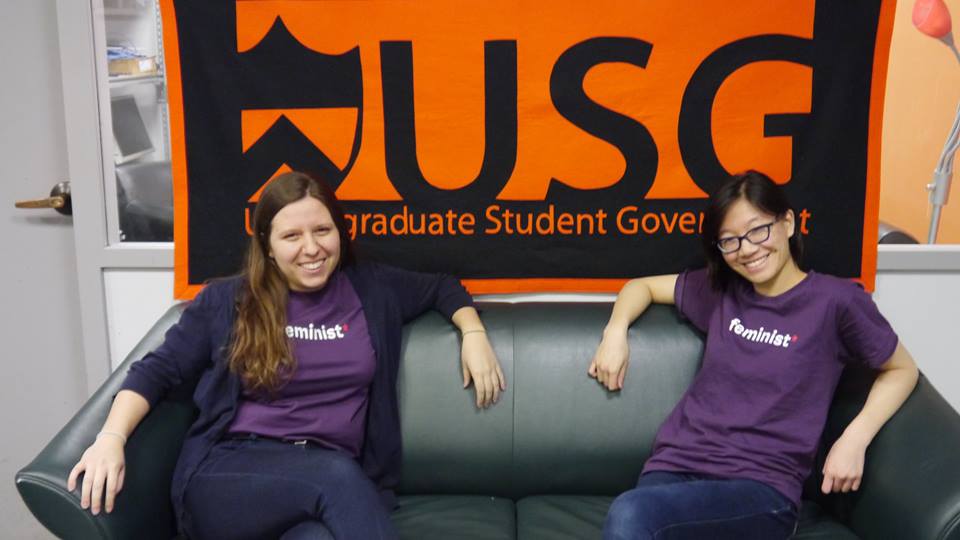 “We facilitate democratic opinion and polling among the student body,” Cheng said. “We run the voting process and ensure fairness for all parties. The push for this is something USG’s never really seen before, so we’re going back to the handbook to create a better procedure.”

While gender dynamics are more present in her leadership than expected, Cheng said it’s not a roadblock.

“Being a woman leader is definitely interesting,” Cheng said. “You have somewhat different social dynamics with your peers. Sometimes you have to be forceful, but you can’t be overly aggressive. You have to balance social norms and expectations with holding people accountable and enforcing your goals.”

Cheng came to Princeton University because of the strong interest in politics she developed during high school while participating in Model United Nations and taking an international relations seminar. At the Wilson School, she is studying international institutions and global governance, while earning a certificate in Values and Public Life, marrying her fascination with organizations and how they work to bridge different parties with the ethics and human rights issues that play a role.

Vice president emeritus of Princeton’s International Relations Council, Cheng interned at the U.S. Department of State's Bureau of International Narcotics and Law Enforcement Affairs in summer 2014. There, she was able to attend meetings with ambassadors and witness the nature of interactions.

“USG has complemented my work at the Wilson School, in addition to my own personal goals and what I want to do in the future,” Cheng said. “It’s reaffirmed my passion for public service. I’ve learned so many lessons from this position that will help me in the future in any government position. For example, learning to speak with administrators diplomatically, while also pushing for reforms and new initiatives. At the State Department, I watched a lot of those same skills play out.”

Cheng plans to pursue a J.D. or MPA before finding her way back to government, with her eye on public affairs or foreign service for the State Department.

“Ella is a top performer, poised and articulate,” said Daniel C. Kurtzer, the S. Daniel Abraham Professor of Middle Eastern Policy Studies at the Wilson School and former U.S. Ambassador to Egypt and Israel. “She was one of the briefers of our policy conference paper when we visited the United Nations, and she did an excellent job advocating for greater U.N. involvement in preventive diplomacy. Her activism in student politics certainly reflects her innate skills in human relations.”

A role model for women underclassmen, Cheng says strength and perceptiveness are keys to progress.

“Be aware of the current barriers and limitations, but don’t be afraid to break through them,” Cheng said. “Don’t underestimate yourself. Just because a precedent hasn’t been set, doesn’t mean you shouldn’t strive for it. Our trying motivates other women to try. Once you’ve succeeded, and even if you’ve failed, share your story. Impart your lessons.”