Eighteen high school students from 16 Pueblo Nations in New Mexico and two students from the Navajo Nation in Arizona are visiting the Woodrow Wilson School for Public and International Affairs this week as part of the Santa Fe Indian School Leadership Institute’s Summer Policy Academy (SPA). 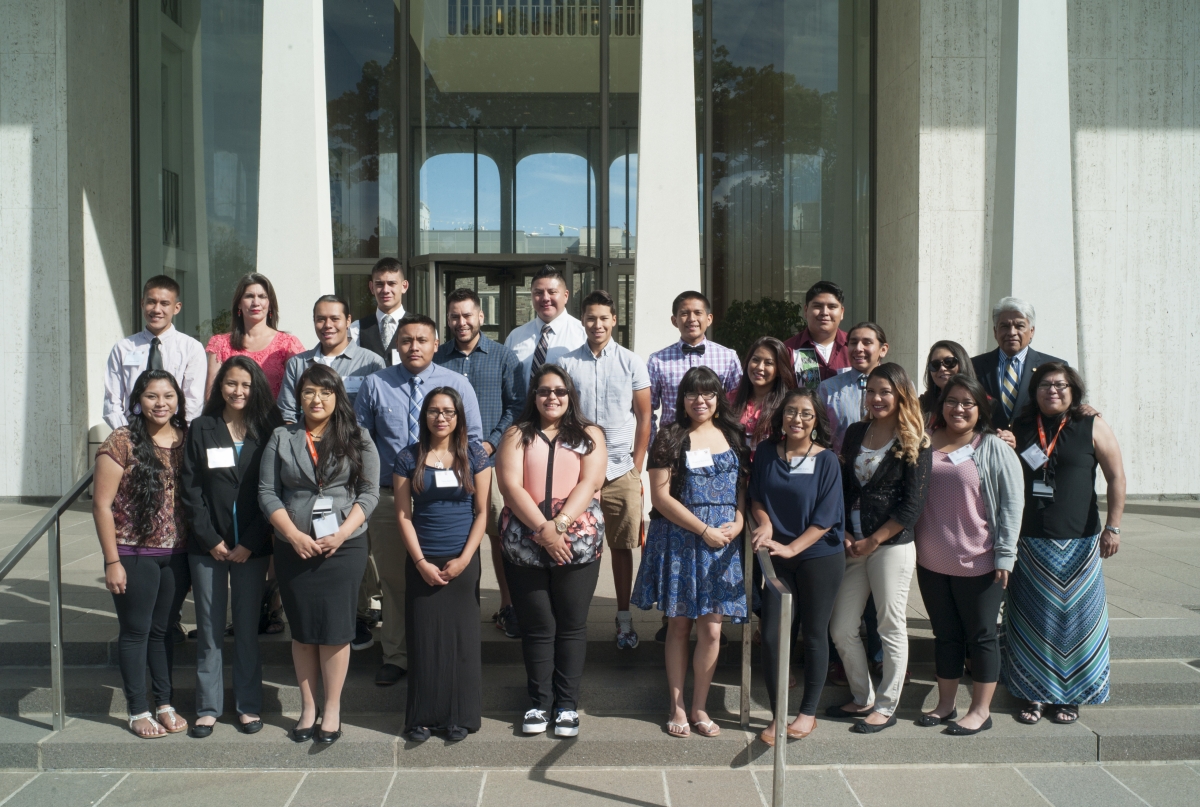 The academy brings together American Indian rising juniors, seniors and recent high school graduates to the Wilson School for a weeklong program to explore issues facing American Indian communities. Hosted every year since 2008, SPA was co-founded and is co-directed by Regis Pecos ’77, former chief of staff to the speaker of the New Mexico House of Representatives and former director of policy and legislative affairs for the Office of the Majority Floor Leader.

“It’s exciting when we can connect with a Princeton alumnus like Regis Pecos who shares our vision of encouraging young people to pursue careers in public service, particularly students who bring a different voice to the policy table,” Lee said.

Pecos, a retired Princeton trustee and member and former Governor of Cochiti Pueblo, said the program is designed to introduce young people to a world-class educational institution and rigorous academic experience.

“By using issues immediately relevant to them and their communities, students gain the essential skills and tools to prepare them to become advocates, and they can then influence policies and laws that do not compromise their indigenous core values,” Pecos said. 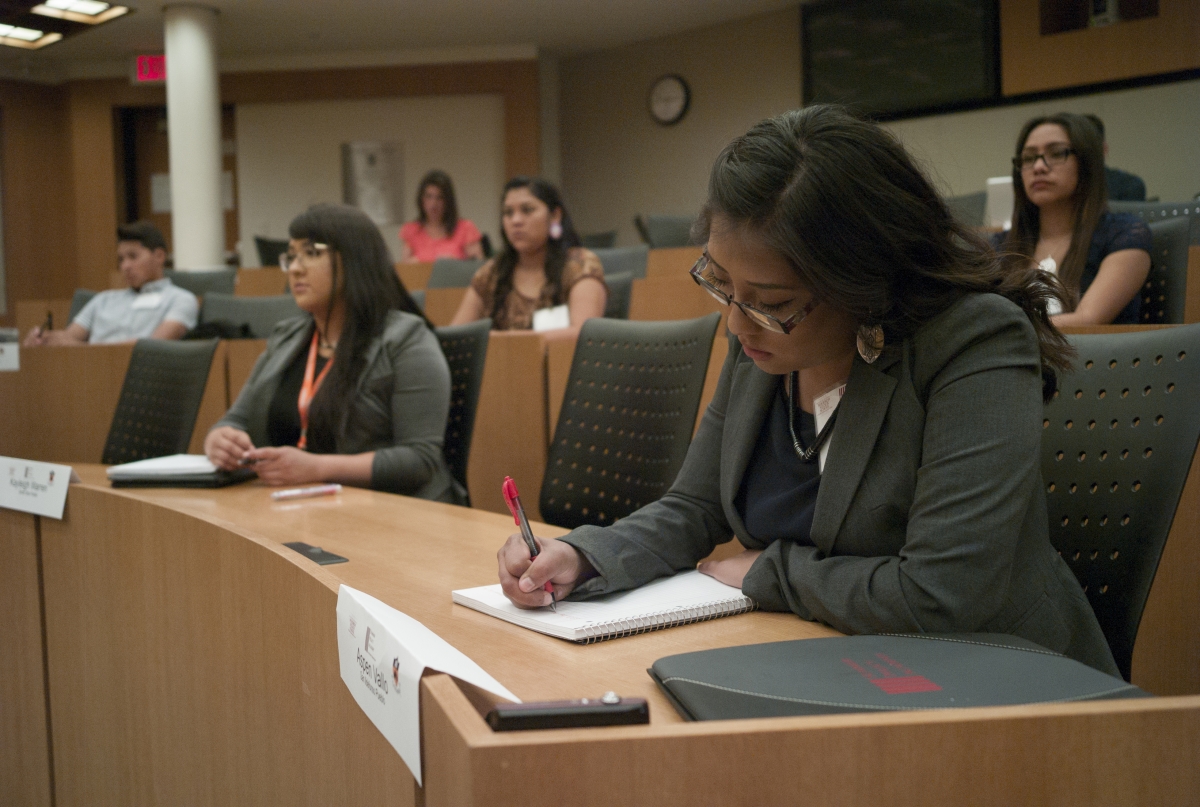 Students are selected to participate in the SPA after being nominated by their teachers, community leaders, business professionals and their tribal leaders. Through intensive discussions, case studies and presentations by American Indian leaders and academics, participants explore how federal policies affect native tribal communities. They specifically focus on issues related to education, language, environment and health.

This year’s program will explore the epidemic of Native American youth suicide as part of the manifestation of generational trauma. Participants will examine the recently enacted Every Student Succeeds Act (ESSA), which governs U.S. public education and reauthorizes the 1965 Elementary and Secondary Education Act. The ESSA is designed to provide equal educational opportunity for all students through federal initiatives, while also encouraging innovations at the state and local levels.

Students will analyze the law, paying particular attention to whether or not it includes language incorporating Native language, culture and history. They also will focus on the current use of law enforcement in schools – which some argue contributes to the school-to-prison pipeline – and the potential benefits of returning to a restorative justice system in tribally controlled schools.

After meeting as a whole, students divide into groups where they discuss policy issues, conduct research and write position papers on the topics discussed. 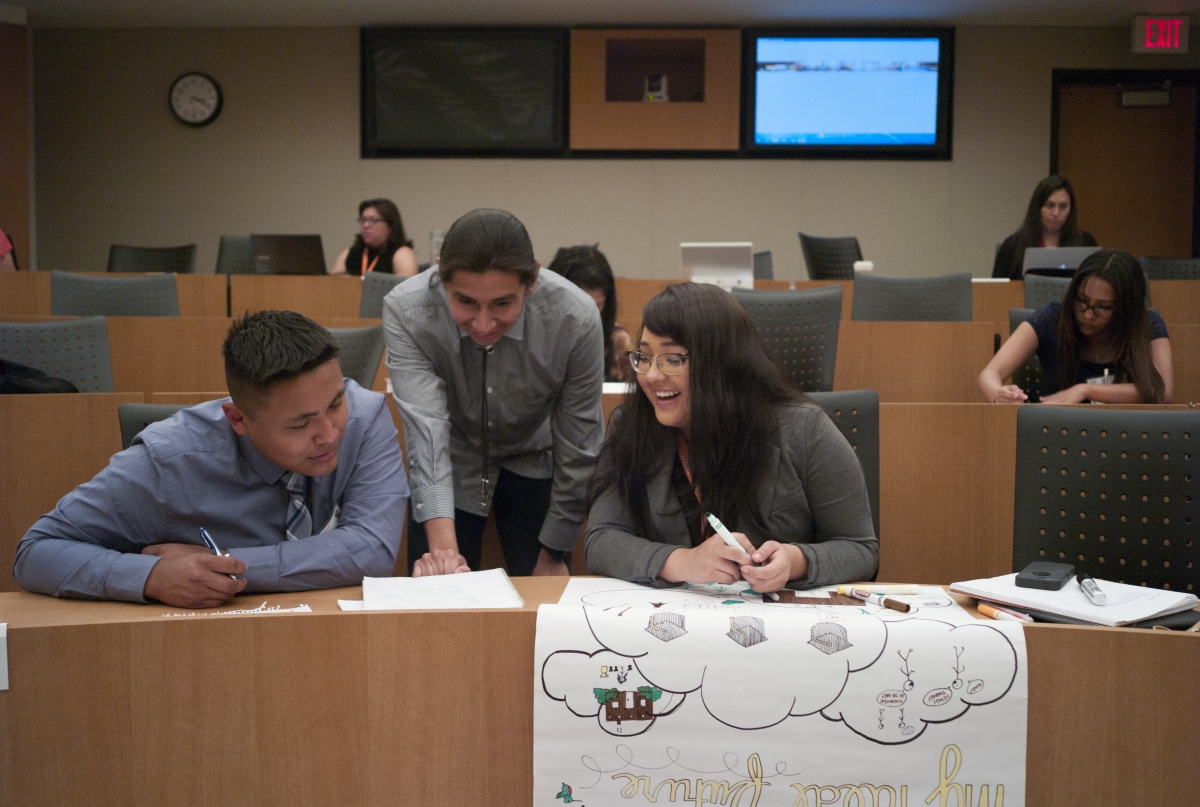 The week will culminate in a trip to Washington, D.C., where students will present their findings and policy recommendations to the National Congress of American Indians; the U.S. Senate on Indian Affairs; White House Native American domestic policy advisers; the World Bank; and the directors of programs for indigenous peoples in Central and South America and to the members of the New Mexico congressional delegation.

In the nine years of SPA, nearly 100 percent of students have pursued higher education, Pecos said, and are now entering careers as attorneys, engineers, teachers, health professionals and public service professionals. Others are pursuing undergraduate or graduate school studies.

“Nearly every one of our fellows is working in some capacity directly for or in areas indirectly impacting their tribal nations,” Pecos said. “It is an extraordinary result of our collaborative investment at a critical time in their development. It results in their answering our hallmark question: ‘What will be your contribution to the well-being of our people?’”

In addition to Pecos, the faculty for this year’s program include: Casey Douma, attorney engaged with tribes locally, regionally and nationally and a member of the Laguna Pueblo; Preston Sanchez, attorney at the Center of Law and Poverty in New Mexico and a member of the Laguna and Jemez Pueblos; Christie Abeyta, faculty member at Santa Fe Indian School and member of Santa Clara and Santo Domingo Pueblos; Rebecca Rae, faculty member at the University of New Mexico School of Regional Planning and member of the Jicarilla Apache Nation; and Kevin Gover ’78, former Assistant Secretary of Indian Affairs under the Clinton Administration and currently director of the National Museum of the American Indian and member of the Comanche tribe. The program is coordinated by Patrice Chavez, who serves as the dean of students.

The Santa Fe Indian School was recently recognized as having “one of the best academic curriculums in the country” by First Lady Michelle Obama, a member of Princeton University’s Class of 1985. Mrs. Obama made the comment during a recent commencement address she gave at the Indian School on May 26.