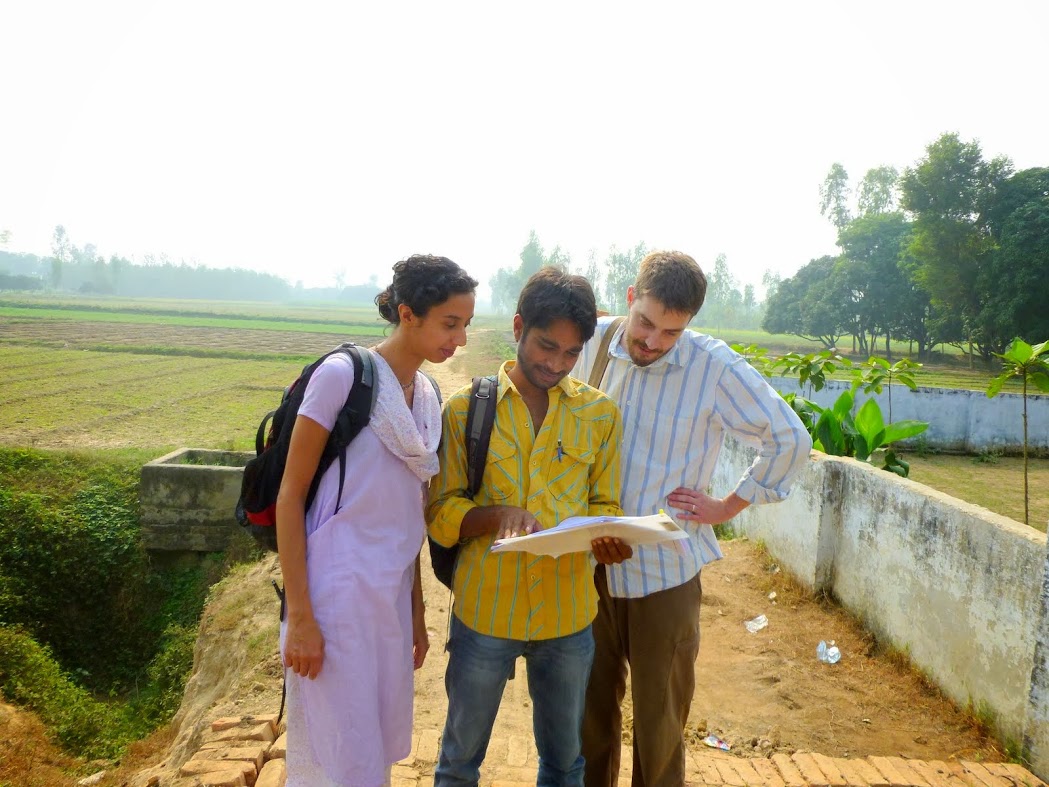 Successful societies need human capital – and human capital is produced when a society invests in its children so that they grow up to be healthy, productive citizens.

Such is the formula that shapes the work of Dean Spears, MPA ’07, Ph.D. ’13. A child’s failure to thrive hurts the child. But it also hurts the society.

In the Sitapur district in the state of Uttar Pradesh, India, early life health has been chronically problematic. While the reasons are many, one factor is the rampant spread of disease. In looking for ways to improve child health, Spears has focused on a problem that may make some people uncomfortable, but in fact is a critical public health issue: decreasing disease-spreading pollution caused by widespread open defecation.

“We want people to be aware that open defecation kills many babies. Those that do survive often are less healthy,” Spears said.

As a means to address this problem, in 2011, Spears founded and currently serves as executive director of the research institute for compassionate economics (rice), a nonprofit organization dedicated to understanding and promoting the wellbeing of poor people – especially young children – in India. 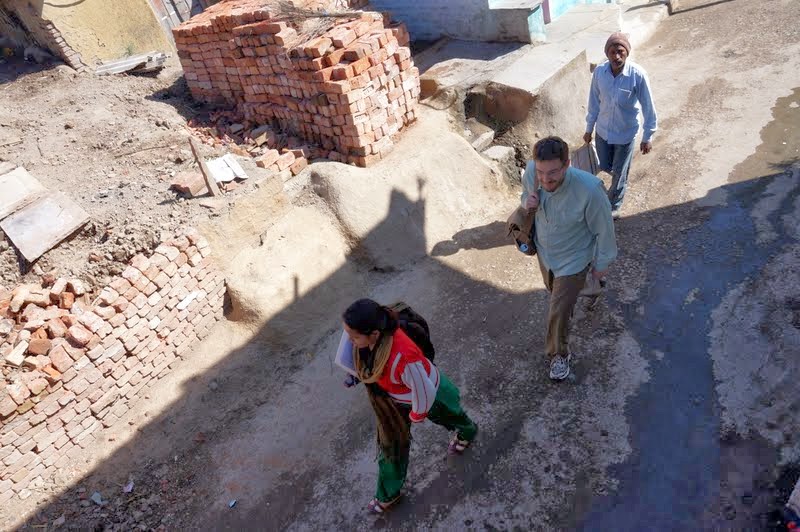 “What happens in the first two years of life is enormously important, but not only for the baby’s wellbeing,” Spears said. “As that baby grows up and enters society and the economy, the person’s physical and cognitive health has lasting implications that add up to be a really big deal.”

Even though many people in India have toilets in their homes, they often don’t use them because they don’t think of open defecation as a problem, Spears said.

With a voice recorder in one hand and a pen and paper in the other, Spears and his team have spent much of the past year interviewing people in north India about toilets. The first half of his two-part project includes surveying 3,600 households across rural north India to determine what they think about open defecation. The second part of the project has examined many of the same issues, but instead administer in-depth, semi-structured interviews to learn, for example, about why people have switched to, and the advantages and disadvantages they see of, using toilets.

“Unfortunately, what comes out of many of these interviews and data sets is a challenging message for policy makers,” Spears said. “It’s going to be very difficult to reform sanitation in India because many people think it’s an acceptable practice.”

By some measures, the issue is getting worse. Spears said the rate of people who are defecating openly is declining so slowly that, in most districts, it is outstripped by population growth. This means that, in India, most people live in a district where the number of people openly defecating (per square kilometer) has gone up between 2001 and 2011. 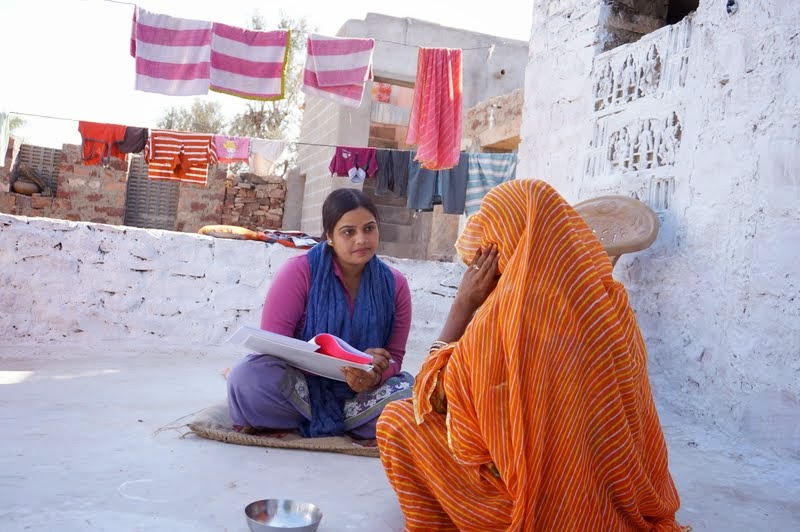 Spears’ interest in early life health in India began when he was a student at the Woodrow Wilson School of Public and International Affairs. His adviser Anne Case and former Wilson School dean and current Brown University President Christina Paxson had conducted research on height and cognitive development among U.S. citizens. Their research showed that, on average, taller people in the United States have higher cognitive achievement than shorter people, and some of this may be explained by better nutrition and young health.

Spears then began to study Case and Paxson’s research in the context of India. He found that not only are taller children in India more likely to read and do math, but by a significant margin. After conducting more research, he realized that poor health and nutrition in early life are significant constraints on human capital in poor countries like India.

“I can’t imagine a story in which I’d be doing this work if not for the example and teaching of people at the Wilson School, especially Anne Case but also Angus Deaton, Jeff Hammer and Christina Paxson,” Spears said. “Not only did they teach me how to go about the technical details of research, but, more importantly, they set an example for thinking about what’s important and what really matters.”

Spears said there are many issues throughout the world that are unfortunate, but are not actually policy issues that require public action. Sanitation, he said, is a good example of something that makes sense for public action.

“If you look at the externalities, the fact is when one person defecates in the open, that decision hurts another – and then the society as a whole. That is such an important part of the story,” Spears said. “Because it opens a window for a policy discussion of the positives of changing behavior.”

In face, rice has attracted a number of Wilson School alumni. Payal Hathi, MPA ’11, Avinash Kishore, MPA ’07, Sangita Vyas, MPA '13, and Spears’ wife, Diane Coffey, MPA ’10 and current Ph.D. candidate at the Wilson School, are all a part of the team.

Going forward, Spears will continue to work on India’s public health and sanitation issues. While last year the team focused on conducting research, this year they also plan to develop a course of action for reform.

“It’s a very difficult challenge ahead,” Spears said. “But we have every hope that, especially if there’s more learning and more experimentation, that we can develop workable solutions that matter.” 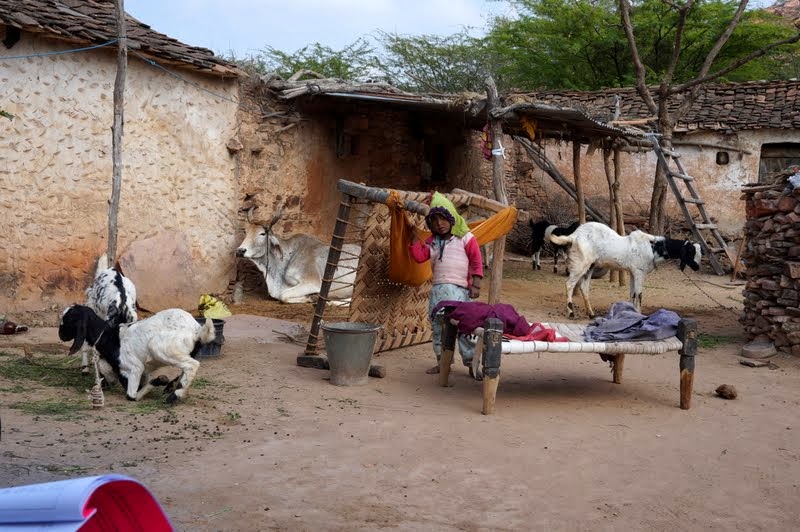 Photos courtesy of the research institute for compassionate economics (rice).