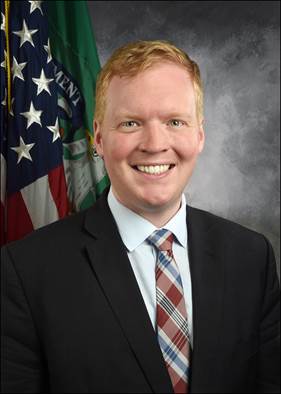 As an MPA student at the School, I've been awed and advised by classmates, faculty, professors and alumni. My hope is that this ongoing series of alumni profiles will give you a sense of the generosity and depth of the School's community and offer some insights into how alumni have made the most of the opportunities it provides.

Carl Westphal, MPA ‘13
International Economist, Office of International Affairs at the U.S. Department of the Treasury

When Carl Westphal began to consider graduate programs in public policy, he thought he would prioritize schools in Washington, D.C. Visiting Princeton changed his mind.
“I think the school’s commitment to public and nonprofit work and the fact that the class is smaller bring in students who are passionate and intelligent,” he said. “There was something very nice about a residential campus where the students were largely living on campus – it really fostered a strong sense of community.”
Before graduate school, Carl had a variety of experiences – service with the Peace Corps, a stint in the private sector, a Fulbright fellowship — and knew that he wanted to pursue graduate studies in public policy. He found the School to be an ideal place to focus on the theory to complement the practical skills picked up through work experience.
“I think the fact that you can take very rigorous economic courses separates Princeton from a lot of other schools. The theoretical training there — especially in international macroeconomics, which is what I do every day now – was unique,” he said.
Carl now works as an International Economist at the U.S. Department of the Treasury. He learned about this job by talking to MPA students who had done similar work.
“Before Princeton, I didn’t know that the Treasury did anything international,” he said.
Carl spent the summer between the two-year MPA program as an intern at the Treasury. He liked it so much that he chose his second-year classes with the intention of returning after graduation.
“One of my favorite things about the School is they recognize that with fewer students, interests will vary widely year to year, so they create a mechanism by which students can propose different classes to be offered,” said Carl. He noted that this way of catering to student requests was something he didn’t find at any other school.
“We created a number of courses with the incredible support of the administration — everything from advanced time series to management of public organizations.”
Another unique aspect of the School that appealed to Carl is the funding that MPA students receive.
“The first-order benefit is that you graduate without debt; but, the second- and third-order benefits are pretty remarkable, too,” said Carl. “It democratizes the class by making sure that students can focus on the academics and have the resources to be social with friends, pursue unpaid summer internships, and then ultimately choose what they want to do afterward without $100,000 or more in debt looming over them.”
Ultimately, though, what drew Carl to Princeton and what he found most valuable is the “down-to-earth, intellectually curious” community of classmates, professors and faculty members he interacted with during his time there. He advises current students to intentionally engage with this community.
“There are an impressive number of ways to get involved in the School — from student government to community service — and some of my fondest memories came from outside the classroom. Prioritize the coursework, too, but make sure to take advantage of those other opportunities,” he said. “You only have two years in that magical place — make the most of it.”