Hurricane Katrina: Serving in the Face of Disaster 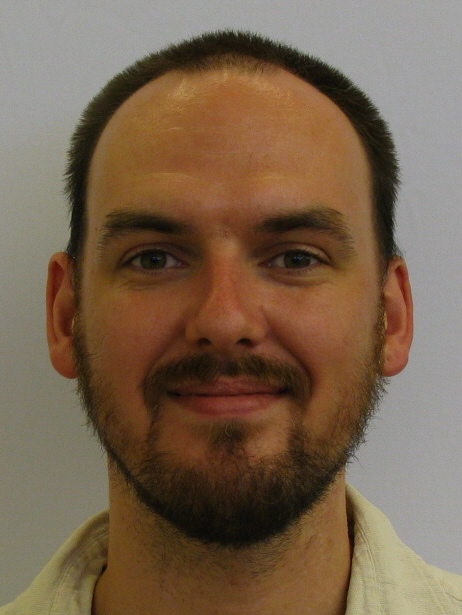 Hurricane Katrina slammed the Gulf Coast region in August 2005, resulting in more than 1,800 people dead and leaving hundreds of thousands of people homeless. Nearly 80 miles northwest of New Orleans, a site of unprecedented damage during the storm, is Baton Rouge, Louisiana’s capital and home of Louisiana State University (LSU). A few blocks from campus lived Ian Aucoin, a native of New Orleans who was, at the time, a senior at LSU.

“I was in my last semester of college at LSU and had experienced at least ten hurricanes before Katrina,” said Aucoin, MPA '14. “The weatherman likes to cry wolf. I figured we’d just lose power for a couple of days because that’s how it usually happened in the past.”

The storm began with heavy rain and wind slamming against Aucoin’s apartment. Within a couple of hours, Aucoin’s entire apartment building lost power. The wind grew in strength and ripped shingles from the roof. Exposed, the heavy rainfall snaked through the cracks of his plywood roofing, causing his bedroom ceiling to cave in. The storm was much more powerful and life altering than he anticipated.

Information soon started trickling in from friends and neighbors. Aucoin learned that those who did not evacuate the city prior were doing whatever they could to leave New Orleans. United States Highway 61 – commonly referred to as Airline Highway, which leads from New Orleans to Baton Rouge – had essentially been transformed into a tent city.

A day after the storm hit, Aucoin began to grasp the full magnitude of the situation. Seemingly overnight, Baton Rouge’s population more than doubled from about 200,000 people to close to 500,000 people.

“I went to Walmart to pick up a few supplies, and the shelves were empty,” he said. “It was very difficult to get anything done or go anywhere. The city was not built to handle so many people.”

Aucoin said the university had turned into a massive triage and evacuee processing facility. Helicopters landed on the Tiger Stadium football field every 15 minutes to unload people rescued from houses and rooftops across New Orleans.

“Evacuees arrived on campus, and we tried to process and transfer them to unknown destinations,” he said. “We gave them food, water and clothing and led them to buses. They’d ask, ‘Where are we going?’ and, most of the time, we didn’t know.”

When he first arrived on campus the morning after the storm, Aucoin organized and led the distribution of food, water and clothing to evacuees by mobilizing an assembly line. “We arrived at 10 a.m. and immediately got swept up into helping,” he said. “Before I knew it, it was 5 a.m. the next day.”

Students volunteered in any way they could. There were so many people with so many needs that it became difficult to identify anyone in charge. Within a couple of days, Louisiana had nearly reached its population capacity and began shipping people throughout the central U.S. for shelter.

“My roommate received CPR training when he was in the Boy Scouts and answered, ‘Yes,’ when authorities asked if anyone had any medical experience,” Aucoin said. “He explained the extent of his medical training and they sent him to the Pete Maravich Assembly Center – the multi-purpose athletic facility on campus – to assist with people coming in with severe medical issues.”

Aucoin and his friends volunteered regularly until LSU resumed classes nearly two weeks later. Despite the gaping hole in his ceiling, Aucoin stayed in his apartment. He welcomed friends from New Orleans whose house was under water to stay in his apartment while they made contact with their families. When classes resumed, the campus was filled; LSU invited 2,300 students who were displaced from schools in New Orleans to study for the semester.

Aucoin, who enlisted in the U.S. Navy before Hurricane Katrina, said he has always been committed to public service. His experience during Katrina taught him the fragility of human life and showed him the resilience of a community after a crisis. At the School, he has focused his studies on law, security and economic policy in preparation for work in the developing world.

“I saw first-hand that people’s lives are severely impacted by crises,” he said. “Government and private organizations need to be able to step in and provide people help because no one else will.”

Eight-and-a-half years after Hurricane Katrina, New Orleans has been resurrected. Even though the city will always have problems, Aucoin said the vibrant culture has come back and many people have returned to the city.

“Despite the disaster, it’s good to see the city’s heart is the same,” Aucoin said.