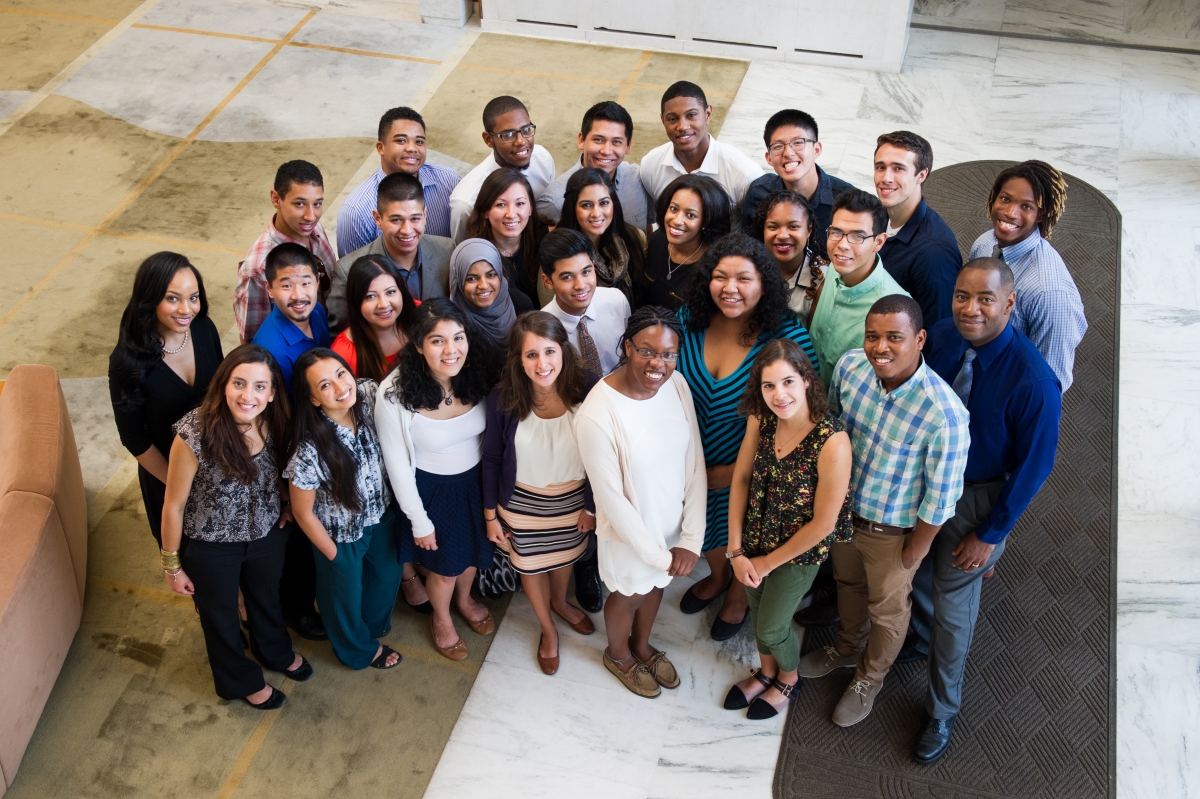 In mid-June, 29 rising college seniors cut their summer breaks short and set up shop at the Princeton School of Public and International Affairs.

The undergraduates in this year’s Junior Summer Institute (JSI) class hailed from 24 U.S. colleges and universities, representing 16 states and 14 majors. The seven-week program prepares students for graduate study and careers in public policy and international affairs. Students are admitted to JSI based on a demonstrated commitment to public service and multicultural social issues.

While the cohort grew and worked together over the course of the summer, the fabric of the program distinctly enhanced each student’s pursuits.

Caylin Moore, an economics major and mathematics minor at Texas Christian University, said he saw JSI as an opportunity to gain the skills needed for policy analysis.

“I assumed that I would be able to grow in this program in my quantitative analysis skills and perspective on issues relevant to the world around me,” he said. “After the first rigorous week of advanced graduate level economics and statistics, I realized that I had assumed correctly.”

He also noted the diversity of issues and experiences brought forth by his classmates.

“I loved hearing Native American and gender issue narratives which I hadn’t ever been exposed to,” Moore said. “I now know that I have many more areas for growth and understanding if I want to make the impact on the world that I believe that I’m capable of.”

Nikiesha Hamilton, an international relations major concentrating in international institutions and foreign policy at American University, found the encouragement she received to be the most helpful.

“The professors, staff and students are beyond amazing, which allowed us to have a strong and caring learning community,” she said. “I woke up every day determined to improve on the skills that are necessary for me to be a catalyst for change because the JSI community provided the foundation and support that are needed.”

“Without a doubt the most interesting part was meeting my peers,” he said. “I’ve never been with a group that was this diverse but also so high-achieving. The other students created an atmosphere where I was positively pressured to succeed, while at the same time engaging in conversations about important social and political issues that other people are often afraid to discuss.”

“The program opened my eyes to the ways in which quantitative data can be used to drive policy, especially in connecting evidence between correlations to solve a problem,” she said.

Olguin grew up in a Pueblo community in New Mexico. After she graduates from Brown, she intends to return to her hometown and use her quantitative skills to increase access to education and address income inequality for Native Americans.

“Often times, Native populations aren’t included in a lot of important studies due to low population,” Olguin said. “This program gave me the tools to notice those disparities in representation on important policy issues and, even further, to be able to fill that gap to an extent.”

Ashby Jong Henningsen, a political science and global studies major with a minor in English at the University of Maryland, Baltimore County (UMBC), noted the opportunity to learn from policy professionals.

“I benefitted most from the opportunities to meet public affairs professionals in the public and non-profit sectors via policymaker lunches, as well as from the interaction with my JSI peers,” Henningsen said. “Learning about different individuals’ distinct experiences and focuses in public service broadened my awareness of the opportunities and challenges inherent in pursuing such a career, both domestically and abroad.”

To learn more about this year's JSI, click here.