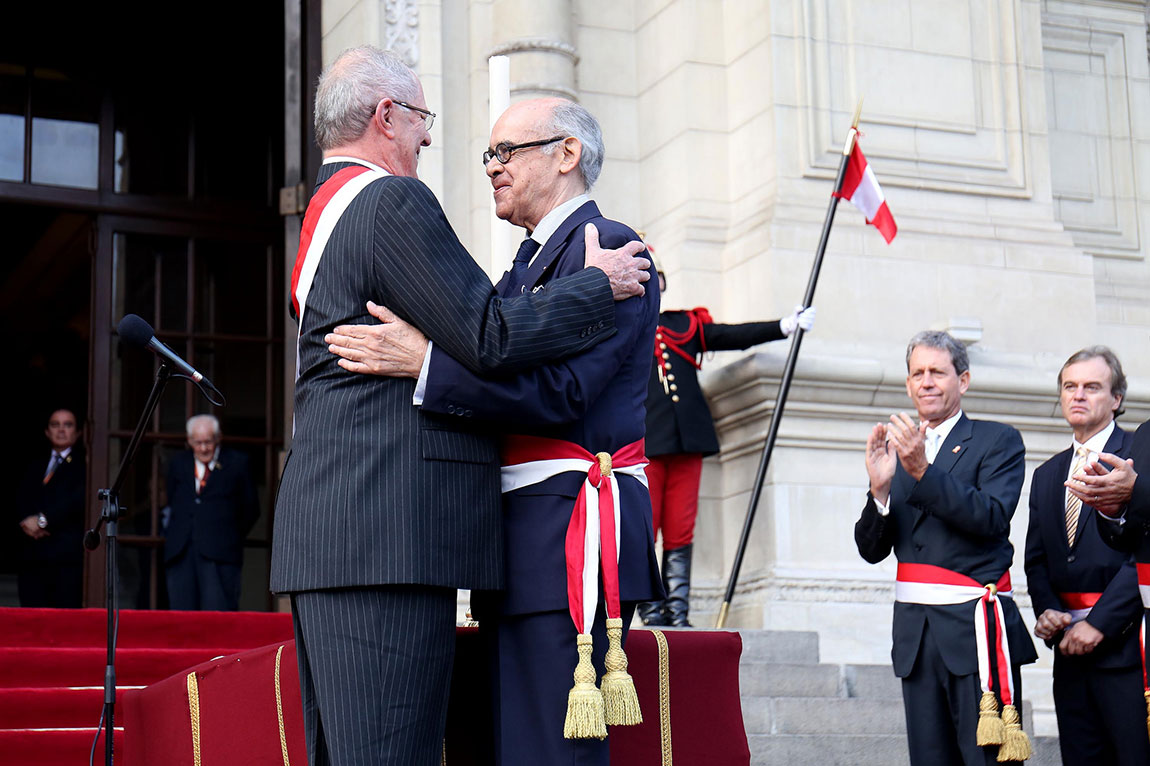 It was a Princeton moment more than 3,600 miles from FitzRandolph Gate: two Princetonians standing together outside the presidential palace in Lima, Peru, on July 28, wearing business suits adorned with sashes in the red and white of their nation's flag.

One was Pedro Pablo Kuczynski, the nation's newly elected president, who earned a Master in Public Affairs degree in 1961 from the University's Woodrow Wilson School of Public and International Affairs. The other was Ricardo Luna, a member of the Class of 1962 and the nation's new foreign minister, who was sworn into office by Kuczynski in front of a large crowd.