"On All Fronts: An Education of a Journalist" | A Conversation with Clarissa Ward, CNN’s Chief International Correspondent 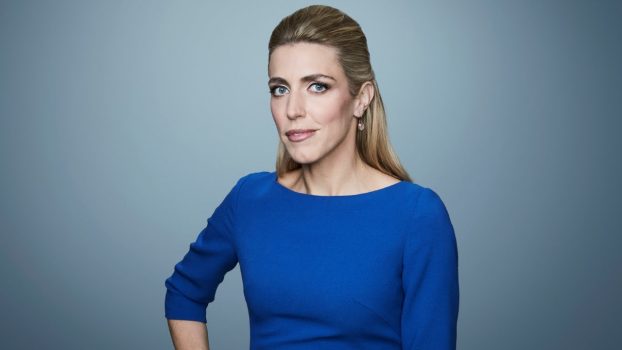 In her newly published book, “ON ALL FRONTS: An Education of a Journalist,” Ward reflects on her career reporting from conflict zones around the world. Ward speaks 7 languages and has reported from all around the world, even behind enemy lines — spending 36 hours with the Taliban, most recently. Most prominently, Ward has emerged as one of the world’s premiere journalists on the conflict in Syria. Undertaking extraordinary risks to her life, she unflinchingly committed herself to reporting from inside Syria to discover the truth, even as her colleagues were killed and/or kidnapped. Her commitment to shed light on the world’s worst humanitarian catastrophes has taken her to Yemen, where she met malnourished children hours before their inevitable death due to man-made famine, and compelled her into the waters off of Bangladesh to interview Rohingya refugees escaping ethnic cleansing in Myanmar.

Clarissa’s address will not only touch upon her experience serving as an eyewitness to these atrocities, but also the impact of her work on the crises themselves, subsequent international diplomacy — and on herself. Participants will hear about the lengths to which conflict journalists will go in effort to expose the truth. As Ward writes in her book, “the privilege of witnessing history came at a price,” — and the participants will learn of the toll that conflict journalists will endure for a vibrant, trustworthy fourth estate for the public’s benefit.

The session is open to the public. However, RSVP is required. To attend, please RSVP to Ms. Kristen Cuzzo at kcuzzo@princeton.edu(link sends e-mail). Only those that have registered will receive link to participate.

Clarissa Ward is CNN's chief international correspondent. In her fifteen-year career spanning Fox, CBS, and ABC, Ward has reported from front lines across the world. She has won five Emmy Awards, two George Foster Peabody Awards, an Alfred I. duPont-Columbia University Award, two Edward R. Murrow Awards for distinguished journalism, honors from the Radio and Television Correspondents' Association, the 2016 David Kaplan Award from the Overseas Press Club, and the Excellence in International Reporting Award from the International Center for Journalists. She graduated with distinction from Yale University, and in 2013 received an honorary doctor of letters degree from Middlebury College in Vermont. She lives in London.