CITP Seminar: AI Ethics: The Case for Including Animals 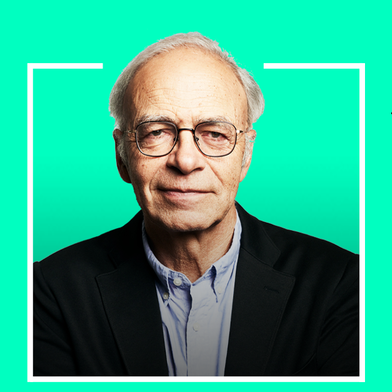 There is broad agreement about the need for the development and application of AI to be subject to ethical guidelines and constraints. Equally, there is today little dissent from the view that the way we treat animals should also be guided by ethical considerations. Within the field of AI ethics, however, there is virtually no discussion of how AI impacts animals, nor of the ethical problems to which these impacts may give rise. Self-driving cars that might encounter animals, autonomous killing drones that target animals, and AI systems now working in factory farms, are all examples of AI technologies that have real impacts on animals. We will describe what is happening currently, take a peek into the future, and analyze some ethical problems related to these AI technologies. The questions raised include:

– When a self-driving car hits an animal, who bears the moral responsibility?

– Is it morally justifiable to let drones kill animals?

– Is the use of AI in factory farming good or bad for the animals?

– If an AI technology will clearly increase the suffering of animals, should a developer reject such a project even if it is legal?

Peter is the Ira W. DeCamp Professor of Bioethics in the University Center for Human Values (UCHV). He became well-known internationally after the publication of Animal Liberation (1975). His other books include: Democracy and Disobedience (1973); Practical Ethics (1979, 3rd. ed. 2011); The Expanding Circle (1981, new ed 2011); Marx (1980); Hegel (1983); The Reproduction Revolution (1984) (co-authored with Deane Wells); Should the Baby Live? (1986) (co-authored with Helga Kuhse); How Are We to Live? (1995); Rethinking Life and Death (1996); One World (2002; revised edition One World Now, 2016); Pushing Time Away (2003); The President of Good and Evil (2004); The Ethics of What We Eat (2006) (co-authored with Jim Mason); The Life You Can Save (2009); The Point of View of the Universe (2014) co-authored with Katarzyna de Lazari-Radek; The Most Good You Can Do (2015); Ethics in the Real World (2016); and Utilitarianism: A Very Short Introduction, co-authored by Katarzyna de Lazari-Radek. Peter holds his appointment at UCHV jointly with his appointment as Laureate Professor at the University of Melbourne, attached to the School of Historical and Philosophical Studies. He was made a Companion of the Order of Australia (AC) in 2012. He is the founder and board chair of The Life You Can Save(link is external), a nonprofit that fights extreme poverty.

Fai is a research assistant for Professor Peter Singer at Princeton University. Fai is researching the impact and ethics of artificial intelligence concerning nonhuman animals. Fai has been a researcher in the field of animal welfare advocacy and effective altruism. He has advised the Open Philanthropy Project on farmed animal welfare. He is also a 2021 Foresight Fellow in Animal Ethics for Artificial Intelligence. He was previously the China Strategy Consultant for Mercy For Animals, responsible for research and strategy for their expansion plans in China and Asia.

This seminar will be recorded.

This seminar is co-sponsored by CITP, the University Center for Human Values and the Ira W. DeCamp Bioethics Seminar Program