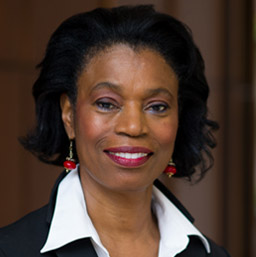 This talk is being co-sponsored by CITP and The Center for Digital Humanities at Princeton.

There is increasing interest in understanding the difference race makes for the enjoyment of privacy and the protection of privacy rights. This talk surveys issues and concerns at the intersection of race relations and privacy — values and rights. Who gets to be shielded or secluded? Who gets watched; gets to observe? Who gets profiled, who ignored? Who gets to be invisible or is forced into invisibility? The focus will be the United States and Blacks but parallel structures of power and domination can be seen in China with respect to its minorities.

Anita L. Allen is an internationally renowned expert on privacy law and ethics, and is recognized for contributions to legal philosophy, women’s rights, and diversity in higher education. In July 2013, Allen was appointed Penn’s Vice Provost for Faculty, and in 2015, Chair of the Penn Provost’s Advisory Council on Arts, Culture and the Humanities. From 2010 to 2017, she served on President Obama’s Presidential Commission for the Study of Bioethical Issues. She was presented the Lifetime Achievement Award of the Electronic Privacy Information Center in 2015 and elected to the National Academy of Medicine in 2016. In 2017 Allen was elected Vice-President/President Elect of the Eastern Division of the American Philosophical Association. In 2015 Allen was on the summer faculty of the School of Criticism and Theory at Cornell. A two-year term as an Associate of the Johns Hopkins Humanities Center concluded in 2018.

Her books include Unpopular Privacy: What Must We Hide (Oxford, 2011); Privacy Law and Society (Thomson/West, 2017); The New Ethics: A Guided Tour of the 21st Century Moral Landscape (Miramax/Hyperion, 2004); and Why Privacy Isn’t Everything: Feminist Reflections on Personal Accountability (Rowman and Littlefield, 2003).