The Economic Weapon: The Rise of Sanctions as a Tool of Modern War (Book Talk) 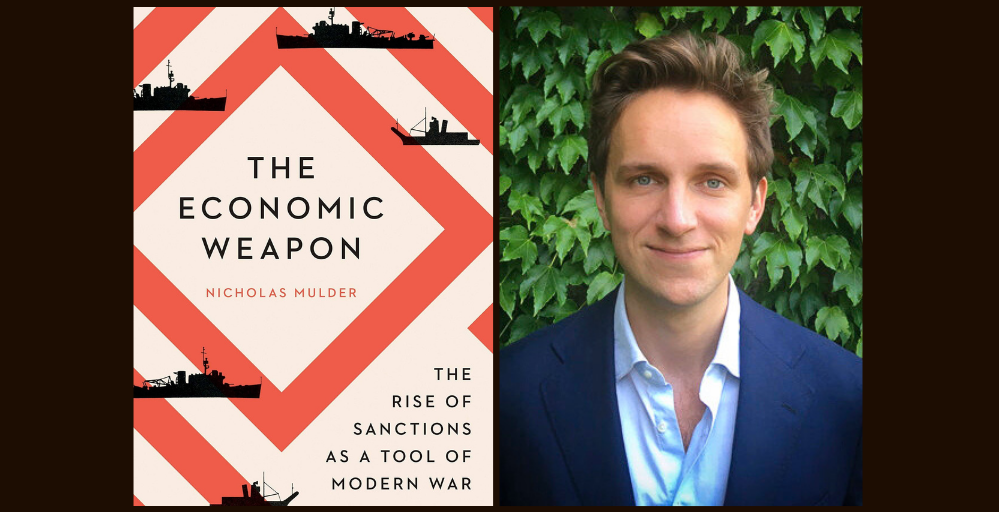 Economic sanctions dominate the landscape of world politics today. First developed in the early twentieth century as a way of exploiting the flows of globalization to defend liberal internationalism, their appeal is that they function as an alternative to war. This view, however, ignores the dark paradox at their core: designed to prevent war, economic sanctions are modeled on devastating techniques of warfare. Tracing the use of economic sanctions from the blockades of World War I to the policing of colonial empires and the interwar confrontation with fascism, Nicholas Mulder uses extensive archival research in a work of political, economic, legal, and military history, which reveals how a coercive wartime tool was adopted as an instrument of peacekeeping by the League of Nations. This timely study casts light on why sanctions are widely considered a form of war, and why their unintended consequences are so tremendous.

Nicholas Mulder works on European and international history from 1870 to the present. His research focuses on political, economic, and intellectual history, with particular attention to the era of the world wars between 1914 and 1945. His first book, The Economic Weapon: The Rise of Sanctions as a Tool of Modern War, is a history of the interwar origins of economic sanctions, showing how they reconfigured international affairs by enabling distant coercion against civilian societies in peacetime. Based on wartime blockade practices, the instrument of sanctions offered a novel way to prevent war. It became embedded in the League of Nations and national state policy, and spurred new economic interventions, as well as anti-liberal bids for autarky. The book argues that sanctions were a potent but unstable and unpredictable political tool, one whose importance to the international crisis of the 1930s and 1940s is much greater than usually assumed. His second project, The Age of Confiscation, is an international history of expropriation. The book focuses on the process of making and taking property within the great transformations of the 19th and 20th centuries and examines how large-scale asset transfers have been a vital force in the political and economic history of capitalist democracies. Mulder's other interests include the experience of small countries in the global condition, the history of political and economic thought, and the philosophy of history. In the 2021-2022 academic year, his course offerings include lecture courses on the global history of crises of capitalism and democracy since the late 19th century; a seminar on the history and theory of fascism in the 20th century; a survey course on the history of Europe from 1500 to the present; and a graduate seminar on the history of European integration and disintegration from the Roman Empire to the EU, co-taught with Professor Cristina Florea. Mulder has written about European history, politics, economics, and international affairs for The Economist, Financial Times, The Guardian,  Foreign Affairs, Foreign Policy, n+1, New Left Review, The Nation, The New Statesman, Merkur, Dissent, H-Diplo, Het Financieel Dagblad, Le Grand Continent, Internazionale and other publications. His research has been featured in The Atlantic, POLITICO, The Wall Street Journal, The Economist, the Frankfurter Allgemeine Zeitung, Neue Zürcher Zeitung, Le Figaro, Politiken, NRC Handelsblad, and De Standaard. Links to his articles, essays, and book reviews are available through his personal website.