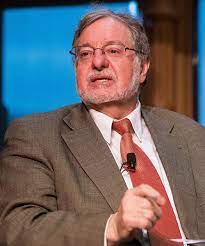 Wolfgang Danspeckgruber, Founding Director of LISD, is pleased to invite you to a virtual lecture by José Casanova, Senior Fellow at the Berkeley Center for Religion, Peace & World Affairs, and Professor Emeritus, Georgetown University.  The lecture is part of the PORDIR and GDSC Seminar Series, and is open to all on Zoom.

Princeton students, faculty, and staff who are permitted on campus are welcome to attend the event in person in the Cyril Black Conference Room, 019 Bendheim Hall. Due to Princeton University Covid restrictions, we are obligated to keep a record of every person that attends. Therefore, in order to attend the event in person, you must RSVP.  A tea reception will follow the talk.

There will be a Zoom link provided for those who RSVP and would like to join remotely.

José Casanova is one of the world's top scholars in the sociology of religion and a senior fellow at the Berkley Center, where his work focuses on globalization, religions, and secularization. He is also professor emeritus at Georgetown University, where he previously taught in the Department of Sociology and the Department of Theology and Religious Studies. During 2017 he was the Kluge Chair in Countries and Cultures of the North at the U.S. Library of Congress' John W. Kluge Center, where he worked on a book manuscript on Early Modern Globalization through a Jesuit Prism. He has published works on a broad range of subjects, including religion and globalization, migration and religious pluralism, transnational religions, and sociological theory. His best-known work, Public Religions in the Modern World (University of Chicago Press, 1994), has become a modern classic in the field and has been translated into several languages, including Japanese, Arabic, and Turkish. In 2012, Casanova was awarded the Theology Prize from the Salzburger Hochschulwochen in recognition of his life-long achievement in the field of theology.