The Middle East... Is There a Way Out of This Chaotic Disorder?

This event will be moderated by Amb. Daniel Kurtzer, Lecturer and S. Daniel Abraham Professor of Middle East Policy Studies, and Amaney Jamal, Edwards S. Sanford Professor of Politics and Director, Mamdouha S. Bobst Center for Peace and Justice.  It is part of the Conversations about Peace Lecture Series. 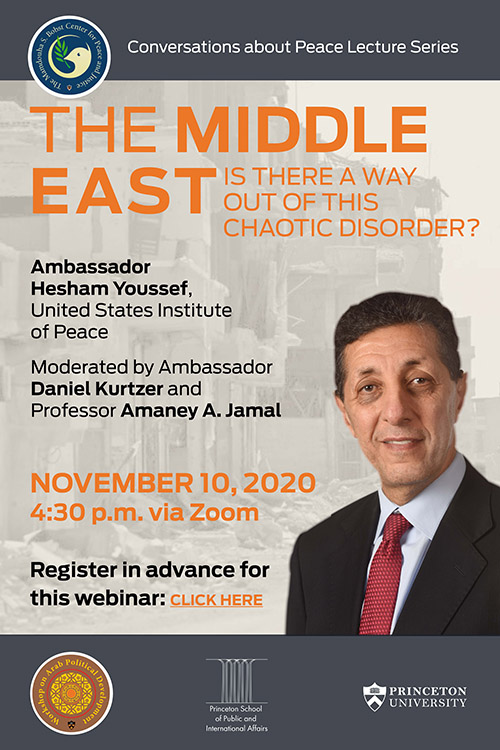 Youssef has worked extensively on conflict resolution in the Middle East and in particular the Arab Israeli conflict, reconciliation in Iraq and the situation in Sudan. He has written several papers on reform in the Arab world and focused in the last five years on fragility and the humanitarian situation in the Islamic world, in particular in Somalia, the Palestinian Territories, Chad, Niger and Myanmar.

Youssef joined the Egyptian Foreign Ministry in 1985. He was posted to the Egyptian Embassy in Canada (1988-1992) and the Egyptian Mission in Geneva where he focused on economic and trade issues in the United Nations and the World Trade Organization (1995-1999). He was a member of the Cabinet of the Egyptian Minister for Foreign Affairs in the periods 1992-1995 and 1999-2001.