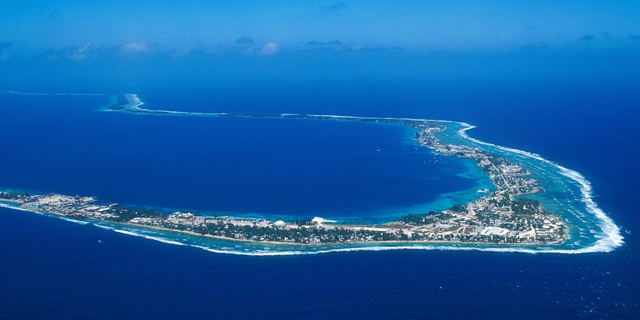 The Intergovernmental Panel on Climate Change’s latest assessment report projects that global sea levels will rise by between 0.26 and 0.82 meters over the course of the 21st century, and continue to accelerate thereafter, due to man-made global warming. These phenomena may create an existential physical threat for low-lying island states, some of which have an average elevation above sea level of two meters or less. The possibility of future cases in which a state’s territory is inundated by water, or where a state’s population is forced to relocate due to inundation, raise important questions for international law, including for the right to self-determination.

The panel discussion will address the situation as it stands, the status of measures being taken to address the consequences of rising sea-levels, and further responses that may be possible going forward, with particular attention to the effects of sea-level rise on small island communities and the well-being of their residents. It is co-sponsored by the Center for Policy Research on Energy and the Environment (C-PREE) and the High Meadows Environmental Institute.

Tekau Frere is a French Polynesian consultant who works primarily with the Office of the Pacific Ocean Commissioner (OPOC) as adviser on United Nations ocean processes. In this capacity, she continues her working relationship with Pacific states, in particular UN permanent missions of Pacific small island developing states in New York, with whom, for six years, she collaborated on various ocean-related processes, including securing a dedicated sustainable development goal on oceans, the Small Island Developing States Accelerated Modalities of Action (SAMOA) Pathway, and the Biodiversity Beyond National Jurisdiction (BBNJ) negotiations. She previously held positions as adviser to the Minister of Environment and Mining (2011-2013) and to the Minister of Land-use Planning and Public Works (2009-2011) in French Polynesia, where she worked on climate change, marine, and land-use planning policies. Frere holds a Bachelor of Arts in political science from the University of California, Los Angeles, and a Master’s in International Affairs from Columbia University’s School of International and Public Affairs.

Guy S. Goodwin-Gill is a Professor of Law at the University of New South Wales (UNSW) and the Kaldor Centre for International Refugee Law at UNSW. He is Emeritus Fellow of All Souls College, Oxford, Emeritus Professor of International Refugee Law, and an Honorary Associate of Oxford’s Refugee Studies Centre. He practiced as a Barrister at Blackstone Chambers, London, from 2002-18, specializing in public international law, human rights, citizenship, and refugee and asylum law. Professor Goodwin-Gill represented pro bono the Office of the United Nations High Commissioner for Refugees as ‘Intervener’ in a number of appeals in the United Kingdom House of Lords and Court of Appeal, was counsel for refugees and asylum seekers in the UK Court of Appeal and Supreme Court, and he has also acted in the International Court of Justice and the European Court of Human Rights. He was formerly Professor of Asylum Law at the University of Amsterdam, served as a Legal Adviser in the Office of United Nations High Commissioner for Refugees from 1976-1988, was the President of Refugee & Migrant Justice (London) for 13 years, and President of the Media Appeals Board of Kosovo from 2000-03. Professor Goodwin-Gill is the Founding Editor of the International Journal of Refugee Law (Oxford University Press), was Editor-in-Chief from 1989-2001, and has lectured and published widely on, among other topics, human rights, the responsibility of States, statelessness, free and fair elections, child soldiers, child rights, the international law governing the movement of people between States, and the protection of refugees. Together with Professor Jane McAdam and Emma Dunlop, he is currently preparing the fourth edition of The Refugee in International Law. Recent publications include ‘The Office of the United Nations High Commissioner for Refugees and the Sources of International Refugee Law’, (2020) 69 International and Comparative Law Quarterly 1. In March 2020, he received the Stefan A. Riesenfeld Memorial Award at Berkeley Law, for his contributions to international law and international refugee law: ‘The Lawyer and the Refugee’(link is external).

Clement Yow Mulalap is a lawyer from the island of Wa’ab in the Federated States of Micronesia and an international law consultant who specializes in international environmental law (particularly climate change law and biodiversity conservation law), the law of the sea, and international Indigenous law, with several articles and chapters published on those matters. Among other responsibilities, he is currently the Legal Adviser for the Permanent Mission of the Federated States of Micronesia to the United Nations and has represented the Federated States of Micronesia in various multilateral fora, including meetings for the United Nations Framework Convention on Climate Change and the Convention on Biological Diversity, various meetings of States Parties to United Nations Convention for the Law of the Sea and its implementing agreements, and the BBNJ negotiations. He holds a J.D. from the William S. Richardson School of Law (with a certificate in Pacific-Asian Legal Studies) and an LL.M. in International Legal Studies from the New York University School of Law.

Juan José Ruda Santolaria is a Member of the International Law Commission of the United Nations for the 2017-2021 quinquennium, Member of the Permanent Court of Arbitration (The Hague), First Alternate Judge for Peru in the Court of Justice of the Andean Community, and Principal Professor of Law at the Pontifical Catholic University of Peru (PUCP). Professor Ruda Santolaria currently serves as Senior Counsellor of the Minister of Foreign Affairs of Peru and Principal Legal Adviser of the Ministry of Foreign Affairs of Peru. He has also been Secretary of the ad hoc Advisory Committee of the Ministry of Foreign Affairs of Peru on the process of maritime delimitation with Chile and Member of the Delegation of Peru before the International Court of Justice (The Hague) in this process. His work in this area has been decorated with the most important honors in Peru. Professor Ruda Santolaria has been lecturer at various international fora, such as at the XXXIII External Course of the International Law Academy of The Hague, held in Lima in December 2005; the XXXV Annual Course on International Law organized by the Inter-American Juridical Committee of the Organization of American States, held in Rio de Janeiro, in August 2008; and the Course “Current Trends in International Law: Regional Capacity Building Programme for the Promotion of International Law,” organized by the United Nations Institute for Training and Research and the Diplomatic Academy of Peru, held in Lima, in July 2009. He is the author of several publications in the area of International Law, such as the article ‘Vatican and the Holy See’ in the series Oxford Bibliographies in International Law, published by Oxford University Press, and the book Los Sujetos de Derecho Internacional: El caso de la Iglesia Católica y del Estado de la Ciudad del Vaticano, published by the PUCP.