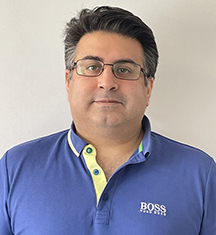 John Maynard Keynes composed the General Theory as a response to the Great Crash and Great Depression with all their devastating consequences on the U.S. macroeconomy and financial markets, as well as the rest of the world. The role of expectations that his new theory set out has been widely accepted. The role he attached to “animal spirits”—the role of human emotion in human cognition—has remained more controversial. To look at the role of emotion in the economy at the times Keynes wrote, Ali Kabiri (University of Buckingham) and collaborators analyzed millions of digitally stored news articles from the Wall Street Journal and The New York Times from the period with algorithms that scan for emotion in narratives to test whether human emotions influenced the economy distinctly from traditional economic fundamentals. They find that shifts in the emotion series they measure caused changes in US GNP and industrial production. Furthermore, this result is also found over 1933-1984 at meaningful economic levels. During this talk, Kabiri will discuss these findings and the implication that emotion plays a formative and predictive role in economic outcomes, distinct from economic fundamentals.

Ali Kabiri is the Head of Economics & International Studies Dept. at the University of Buckingham and a Research Associate at the Financial Markets Group (FMG) at LSE. His current research projects at the CSDU focus on narratives and their underlying emotions to understand several facets of the financial markets and macroeconomy. His research focuses primarily on the Great Depression in the USA and the role of emotions as drivers of the macroeconomy and financial markets of the time. His research on the modern period investigates the role of emotions in Financial Broker reports and their impact on prices, implied volatility, and forecast predictability for US Stocks. Further projects investigate the role of emotions as a common risk factor for corporate credit spreads and the conditional correlation between equities and corporate bonds during the GFC in the USA.

The Economic History Workshop (EHW)(link is external) is a monthly seminar series for Princeton students and faculty interested in the study of economic history. Co-sponsored by the Center for Collaborative History(link is external) and the Julis-Rabinowitz Center for Public Policy & Finance, the workshop provides a forum for scholars to present their findings and receive feedback on their research in a wide array of subfields, such as financial, business, labor, legal, intellectual, technological, and social history. Open to faculty, scholars, and students of Princeton University, Rutgers University, and the Institute for Advanced Study.