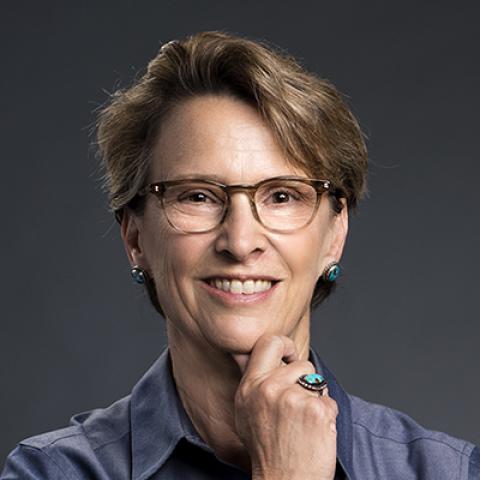 Susan Marquis is the Charles and Marie Robertson Visiting Professor at Princeton’s School of Public and International Affairs. She teaches and writes on new approaches to public policy and policy analysis with the intent of affecting change in our communities through the combined efforts of the government, nonprofit, philanthropic, and private sectors. Marquis’s work has had unusual breadth to include influential books on the Coalition of Immokalee Workers and the Fair Food Program as new models for agricultural labor and social justice movements (I Am Not A Tractor! How Florida Farmworkers Took on the Fast Food Giants and Won) and on rebuilding U.S. Special Operations Forces (Unconventional Warfare: Rebuilding U.S. Special Operations Forces). She has published commentaries on topics including human rights and social justice and groundbreaking women in national security and STEM fields and spoken on new approaches to public policy and leveraging technology in the public interest at forums ranging from the USC Institute for Body Computing to the AMP Music Summit to the Aspen Institute.

From 2008 – September 2021, Marquis served as the first Frank and Marcia Carlucci Dean of the Pardee RAND Graduate School. She took on the additional role of Vice President, Innovation at the RAND Corporation in 2012.  Marquis’s tenure at the Pardee RAND Graduate School was defined by transformation of the nation’s largest and oldest public policy Ph.D. program and graduate school, establishing a new model for public policy graduate education that is designed for our radically changing world. Pardee RAND’s program emphasizes policy challenges within complex adaptive systems, leveraging technology in the public interest, and achieving real and sustainable positive change through community-partnered policy and action.  The school’s Faculty Leaders Program, Community-Partnered Policy and Action academic stream, and Social Justice and Racial Equity Thread woven through the entire academic program result from Pardee RAND’s emphasis on the need for systemic change to address long-term issues of equity and social justice.

Prior to joining the graduate school and RAND, Marquis served as corporate vice president at LMI (Logistics Management Institute), a nonprofit consulting firm supporting the federal government, leading one of three business divisions, consulting to the federal government in the areas of acquisition and grants, resource and financial management, technology assessment/modeling and simulation; enterprise architecture and IT analysis, and custom system and application development.

Before entering the nonprofit private sector, Marquis served at the highest levels of the U.S. Navy and in senior leadership positions in the Office of the Secretary of Defense’s Program Analysis and Evaluation Directorate for fifteen years, including Assistant Deputy Chief of Naval Operations and acting Deputy Chief of Naval Operations, the first civilian to serve in this 3-star admiral role.

From 2008 to 2021, Marquis was an active Advisory Council member and advisor, serving as chair from 2013 – 2021, for the Princeton School of Public and International Affairs (formerly Woodrow Wilson School). She is a founding member and director of the Economics of National Security Association, and served on the Board of Advisors to the Naval Postgraduate School and Naval War College. Early in her career, Marquis managed and promoted Washington, D.C. punk bands and dj’d at the original 9:30 Club.