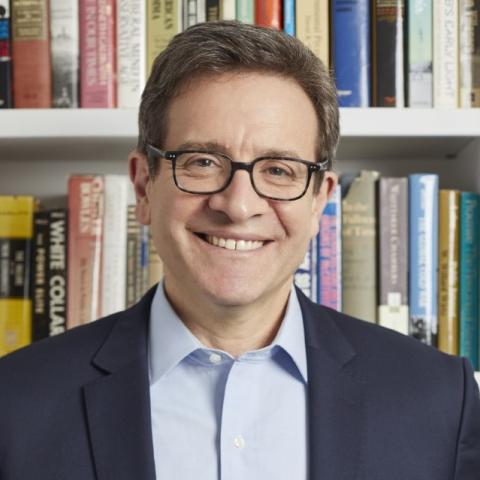 Julian E. Zelizer has been among the pioneers in the revival of American political history. He is the Malcolm Stevenson Forbes, Class of 1941 Professor of History and Public Affairs at Princeton University and a CNN Political Analyst and a regular guest on NPR’s "Here and Now." He is the author and editor of 22 books including, The Fierce Urgency of Now: Lyndon Johnson, Congress, and the Battle for the Great Society(2015), the winner of the D.B. Hardeman Prize for the Best Book on Congress and Fault Lines: A History of the United States Since 1974 (Norton), co-authored with Kevin Kruse and Burning Down the House: Newt Gingrich, The Fall of a Speaker, and the Rise of the New Republican Party (Penguin Press). The New York Times named the book as an Editor's Choice and one of the 100 Notable Books in 2020. His most recent book is Abraham Joshua Heschel: A Life of Radical Amazement (Yale University Press, Jewish Lives Series).  In 2021-2022, he will publish three new edited volumes—Daniel Bell: Defining the Age: Daniel Bell, His Time and Ours (Columbia University Press, co-edited with Paul Starr); The Presidency of Donald J. Trump: A First Historical Assessment (Princeton University Press) and Myth America: Historians Take on the Biggest Lies and Legends About Our Past (Basic Books, co-edited with Kevin Kruse). He is currently working on a new book about the Mississippi Freedom Democratic Party and the 1964 Democratic Convention.  Zelizer, who has published over 1000 op-eds, has received fellowships from the Brookings Institution, the Guggenheim Foundation, the Russell Sage Foundation, the New York Historical Society, and New America.