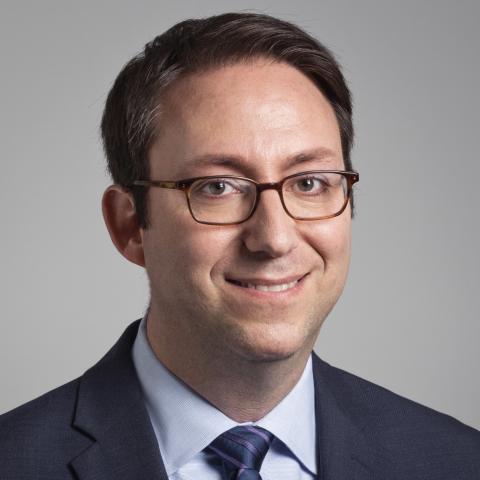 Udi Ofer is the James L. Weinberg Visiting Professor and Lecturer in the School of Public and International Affairs. He has been at SPIA since 2018, teaching courses on civil rights, policing, criminal justice reform, policymaking and movement building. He is the founding Director of the Policy Advocacy Clinic at SPIA. He is also Chair of the International Advisory Council of the Association for Civil Rights in Israel.

Ofer has more than 20 years of experience as a civil rights lawyer and policy advocate. From 2016-2022, Ofer was the Deputy National Political Director of the ACLU and the founding Director of the ACLU’s Justice Division, which leads the ACLU’s advocacy on criminal justice reform, including before the White House and Congress. During his tenure, Ofer worked with stakeholders on the right and left to oversee passage of hundreds of criminal justice reform laws and executive actions, leading to tens of thousands of fewer people incarcerated. He revamped the way the ACLU operated by launching new integrated advocacy strategies and prioritizing long term campaign planning, and is best known for building the ACLU's Campaign for Smart Justice and launching the ACLU's first-ever effort to engage in candidate races through a non-partisan lens, focusing on challenging the role of prosecutors in fueling mass incarceration. During his tenure, the ACLU engaged in 45 district attorney races in 15 states, educating and mobilizing tens of millions of voters and helping to transform the role of prosecutor in the United States.

From 2013-2016, Ofer served as Executive Director of the ACLU of New Jersey. Under his leadership the organization achieved historic victories on a variety of issues, including overhauling New Jersey’s broken bail system, launching a successful bipartisan campaign to tax and regulate marijuana, winning in-state tuition for undocumented immigrants, prohibiting local police from enforcing federal immigration laws, launching a campaign for marriage equality, and creating one of the nation's strongest civilian complaint review boards in Newark.

From 2003-2013, he worked at the New York Civil Liberties Union, where he began as the founding Director of the New York Bill of Rights Defense Campaign, working on civil liberties and national security issues, focusing on the USA PATRIOT Act, Guantanamo Bay, torture policies, and the detention of Arab, Muslim and South Asian residents by the NYPD and federal authorities. In 2008, he founded the Advocacy Department, where he challenged the NYPD’s stop-and-frisk practices and spearheaded the successful effort to pass legislation banning racial profiling by the NYPD and creating an NYPD Inspector General’s office. Ofer was also a co-founder of Communities United for Police Reform in New York City.

Ofer began his legal career in 2001 as a Skadden Fellow at My Sisters’ Place, a domestic violence organization. He was an adjunct professor at New York Law School from 2009-2012, and has published widely including in the Seton Hall Law Review, Columbia Law School Journal of Race and Law, and New York Law School Law Review. Ofer’s work and commentary have been featured in hundreds of national and local news outlets, including The New York Times, Washington Post, NPR, Wall Street Journal, New Yorker Radio Hour, NBC News, The Hill and POLITICO. He has testified before many legislatures, including the United States Senate, and is frequently cited as an expert on civil rights and criminal justice matters.

Ofer is the recipient of numerous awards, including the Distinguished Graduate Award from Fordham Law School, a presidential award from the Open Society Foundations, and a proclamation from the New York City Council for contributions made by his work to the city and state. He is a graduate of Fordham University School of Law and the State University of New York at Buffalo.