Annamie Paul is the leader of the Green Party of Canada. She is the first Black Canadian and first Jewish woman to be elected leader of a major federal party in the country. 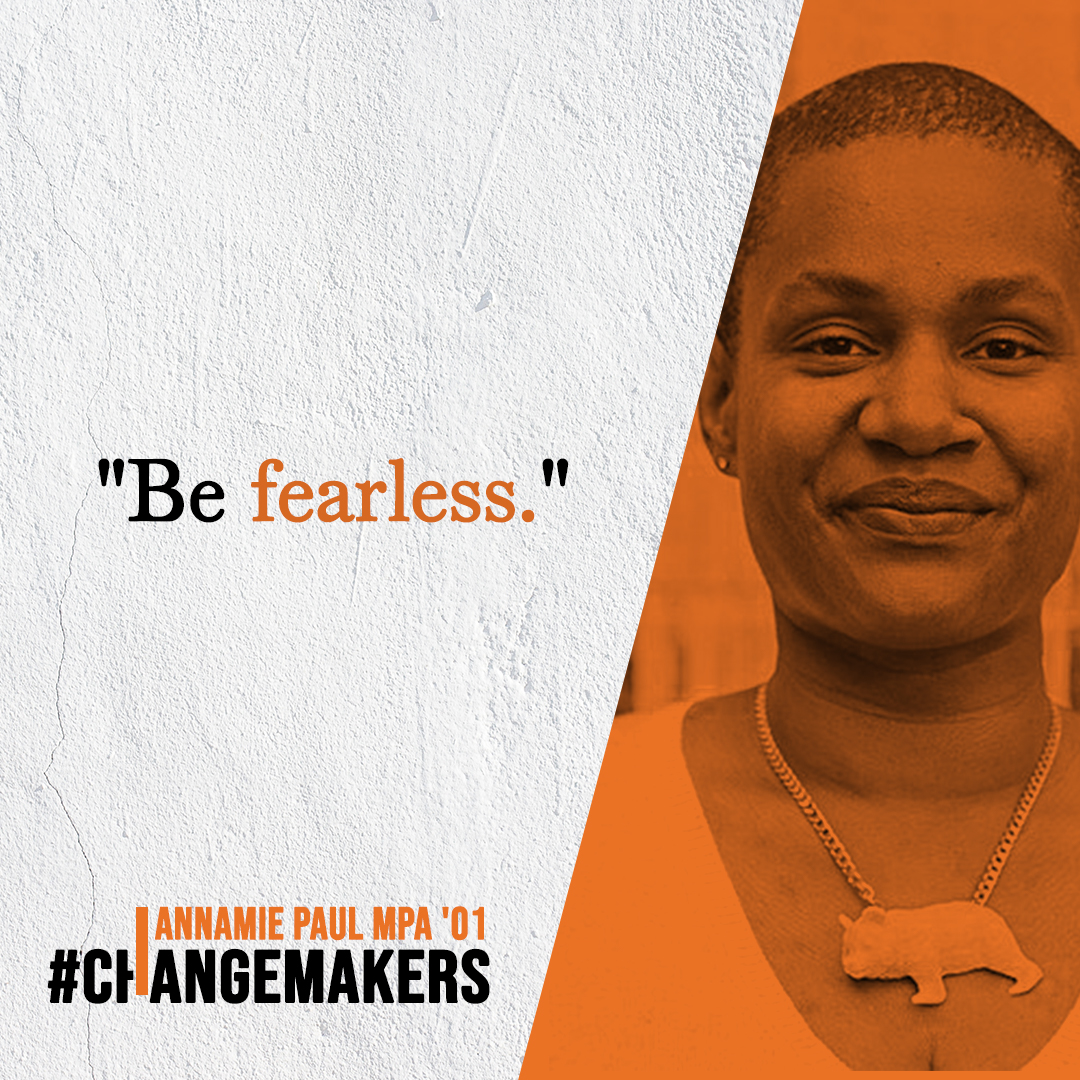 ​Paul is the daughter of immigrants who arrived in Canada from the Caribbean in the 1960s. She engaged with public policy from an early age. At 12, she was a page for the Ontario Legislature and later served as a page for the Canadian Senate.

She was the founder and executive director of the Canadian Centre for Political Leadership from 2001 to 2005 and has worked in civic engagement and international affairs positions, including in political affairs in Canada's Mission to the European Union and in the Office of the Prosecutor at the International Criminal Court. She also is co-founder of the Barcelona International Public Policy Hub.

She has a bachelor of laws from the University of Ottawa and received her MPA in 2001 from Princeton University’s School of Public and International Affairs (SPIA).

In this Q&A and bonus podcast, Paul lays out her policy priorities for Canada and reflects on how SPIA influenced her varied career. Paul is a strong believer in living life fearlessly, a quality she honed as a master’s student. She says if you live life on your own terms, it’s not so hard to be bold.

Q.: As leader of the Green Party of Canada, you’ve promised to advance policies other parties haven’t delivered on. Which of those are you most passionate about?

Paul: While the pandemic’s changed everything, I would say my core values and priorities haven't changed. I wanted to lead the Green Party because I believe that the most significant positive change that has ever happened in human history has happened collectively.

I thought my mix of experience, including from SPIA and that great set of skills, would equip me to handle whatever challenges came my way, whatever the policy themes were of the day. I've been able to pivot quickly to the pandemic and the issues that it raised because I had that great toolbox of skills. This felt like the right moment to get involved politically and try to contribute something to politics in Canada.

Green Parties have core values that we all share. Amongst them are a respect for diversity, nonviolence, and a respect for the natural world. Those things are, you know, participatory democracy. The Green Party in Canada is well known for its environmental policies, and its policies around the climate emergency. But we're also known more and more for our social policies, as well. We're focused on social justice and a complete social safety net. At the moment we're discussing how we complete our social safety net after the pandemic so that everyone can live in dignity from the first day to the last day. We’re also talking about how we launch a post-pandemic ‘green recovery’, and how we ensure that we are continuously working toward a truly just society.

Q. In what ways did the Princeton School of Public and International Affairs prepare you for your career? What are the qualities that make for a great leader?

And so what makes a great leader? I think it's someone who does have a little touch of fearlessness, someone who is really proactive about getting things done, someone that's able to spot the needs of their community and their neighbors, and roll up their sleeves and get to work without a lot of guidance. Those are some of the elements of leadership, and sometimes we don't recognize or celebrate them enough when we see them. Those are the kind of people we need in politics. Without them, the whole thing falls apart, like a house of cards. Many of the people who helped me to win the leadership of the Green Party of Canada will never get the recognition they deserve for what they did. They decided to dedicate months of their lives to electing a Black woman to a role that a Black person had never been elected to in Canada. Without their leadership, I would not be here.

Q. You’ve had a long career in public policy. Along the way, what are the most important skills/strategies you’ve learned?

Paul: My interest in public policy is something that stems all the way back to my childhood. My mom was an educator and a union member. So, I was exposed to policy and politics early on. After my law studies and Princeton studies, I knew I wanted to always find a way to be engaged in policy — whether that was founding the first organization trying to delve deeply into underrepresentation amongst equity-seeking groups and politics in Canada, or working at the international criminal courts. It also included founding a social innovation hub in Barcelona for global NGOs working on the biggest global challenges. The unifying theme is that it was public service. And it was trying to address the pressing issues of the day with that kind of toolbox of skills that I had acquired.