Are the Grandkids Worth It? Climate Change Policy Depends on How We Value Human Population

If the human population continues to grow, more pressure will be put on carbon dioxide emissions — leaving future generations vulnerable to the effects of climate change. To head this off, greenhouse gas emissions must be reduced, but that could cost billions of dollars or more over the next few decades, a dilemma plaguing today’s policymakers.

Yet, how much to invest in policies — like setting an appropriate carbon tax — to protect future generations from environmental destruction depends on how society chooses to value human population, according to a new study published Oct. 30 in the Proceedings of the National Academy of Sciences (PNAS).

To determine the ideal mitigation policy, a research team led by Princeton University, the University of Vermont and the University of Texas at Austin employed a climate-economic model to examine two ethical approaches to valuing human population.

Under one approach, the researchers assumed that society aims to increase the total number of people who are “happy/well-off.” Under the other approach, the researchers assumed society intends to increase the average level of people’s happiness/well-being. When using these terms, they are referring to an individual’s overall well-being — not simply a day-to-day state of being happy. 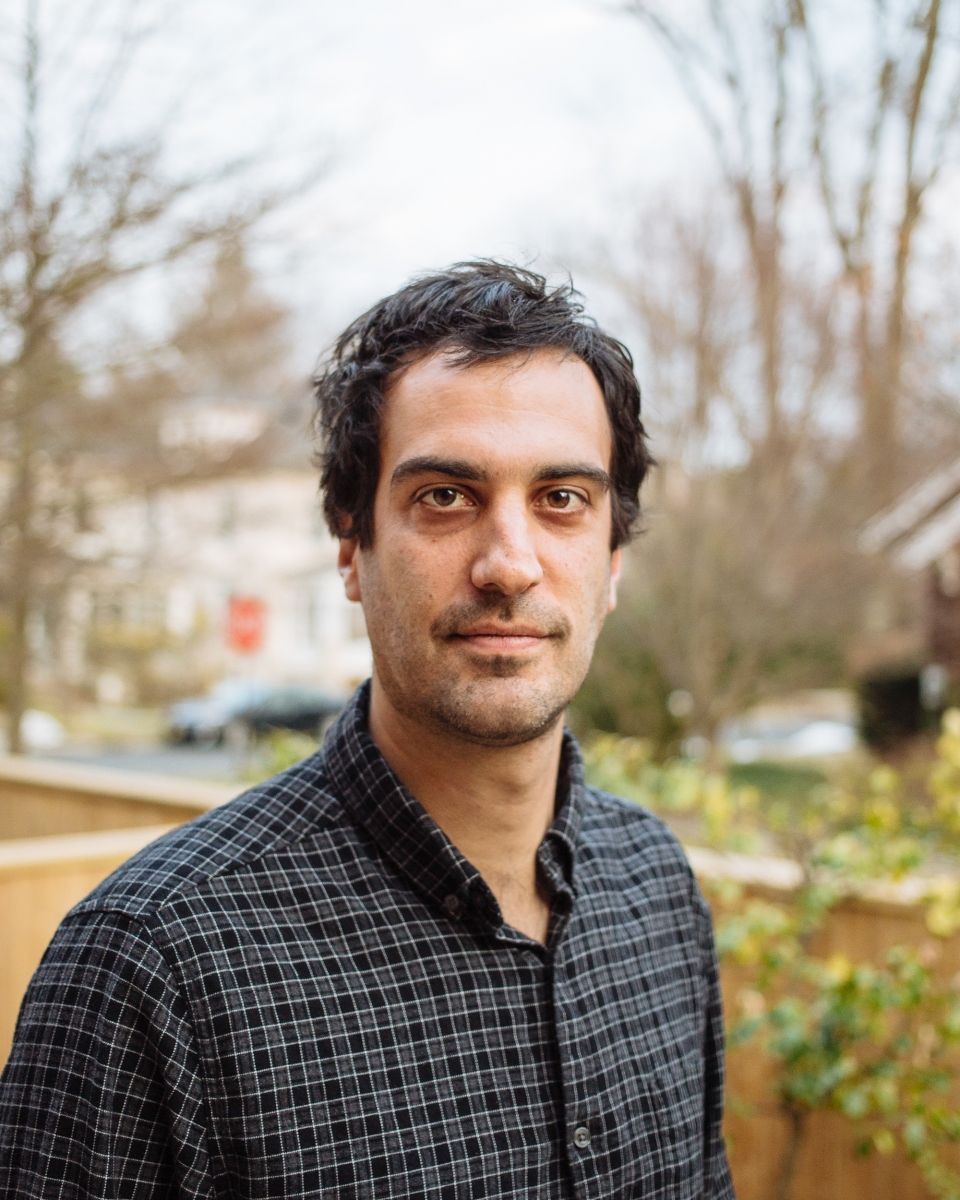 They found that the economic costs of climate change always increase if the population grows, and increase faster if society’s goal is to maximize the number of people who are happy or well-off compared to the average level of people’s happiness/well-being. Under both ethical approaches, a smaller population could save tens of billions of dollars or more annually on climate change prevention policies, especially in wealthier countries.

Either way, the researchers recognize that individuals' happiness/well-being is greater when they have more money, especially among poorer people. Society’s well-being, however, is more complex. Society is certainly better off when people are better off, but existing research and perspectives disagree about whether society is better off when there are more happy people. This is why the researchers tried both approaches.

The findings offer insights into the influence of population growth and population ethics on climate change and human development policy. Investing in human development programs could result in avoided climate change mitigation costs enough to pay for the programs themselves, the researchers found. If society chooses not to value population size itself, then this would be another reason to implement these programs, in addition to the more well-known benefits like poverty alleviation, education for young girls and boys, and improved maternal and child health.

“With higher population growth, more people will be vulnerable to climate change. Understanding how much society values those future people should be an influential component of climate policy decisions,” said Noah Scovronick, co-lead author and a postdoctoral research associate at Princeton’s Program in Science, Technology, and Environmental Policy (STEP), which is based at the Woodrow Wilson School of Public and International Affairs. 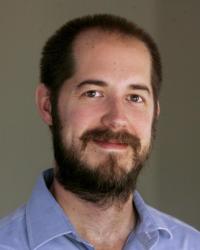 “At its core, the climate problem is about protecting the future against intolerable damages, so it’s essential that policymakers think clearly about how much we value our descendants. Our goal is that our descendants will think back to this generation and be convinced that we carefully considered their interests [when setting climate policy],” said co-author Marc Fleurbaey, the Robert E. Kuenne Professor in Economics and Humanistic Studies and professor of public affairs and the University Center for Human Values.

In addition to Scovronick and Fleurbaey, the research team included co-lead author Mark Budolfson, University of Vermont, who earned his Ph.D. from Princeton in 2012; co-lead author Dean Spears, University of Texas at Austin, who earned his master’s degree in 2007 and Ph.D. in 2013, both from Princeton; Francis Dennig, Yale-NUS College; Asher Siebert, Columbia University, who earned a bachelor’s degree from Princeton in 2002; Robert H. Socolow, Princeton University; and Fabian Wagner, International Institute for Applied Systems Analysis. The researchers are all affiliated with Princeton University’s Climate Futures Initiative, an interdisciplinary research program administered by the Princeton Environmental Institute (PEI) and sponsored by PEI and the University Center for Human Values.

The paper joins other academic research focused on the social cost of carbon, a measure used in climate regulations that estimates the total cost of future damage from additional carbon emissions. It therefore can be used to set a carbon tax, thereby putting a price on emissions equal to the harmful effects of those emissions on society. “How governments set carbon prices today should depend on how they value the future and the people who will live in it,” Spears said.

Researchers typically use three main models to gauge how much economic damage will be caused by increased global temperatures, and these are referred to as DICE, FUND and PAGE. For this study, the Princeton-led team employed DICE2013, a leading cost-benefit climate economy model with the ability to take happiness/well-being into account when determining how much the world should spend to mitigate future climate change. 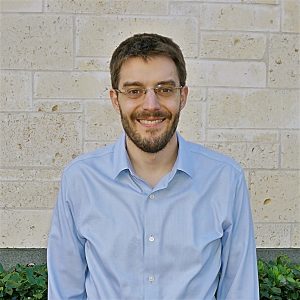 The team used data compiled in 2015 by the United Nations, which provides estimates and projections of the world, regional and national population size and growth through the year 2100. They used three of the U.N.’s most extreme population predictions from the 2015 report: high (16.6 billion people), medium (11.2 billion) and low (7.3 billion). They then extended these population scenarios into and beyond the next century in order to include the effects of climate change that will occur in the distant future.

“This might seem like a paradox,” Scovronick said. “But the temperatures we are reporting are not the rise in temperatures that would occur if all those people were allowed to emit unabated. It is the temperature rise that is optimal after implementing the ideal level of emission reductions.”

Whatever values society chooses, one consequence of a larger population is simply economic: More people means more pressure on emissions. As a result, a larger population will leave future generations at greater risk from climate-related damages, especially if policy does not respond to fast-growing populations.

“If there are going to be more people living in climate-vulnerable regions of the world, then the damage from climate change will be greater, so climate policy is a more urgent priority,” Spears said.

The optimal climate policy also depends on the future of economic development. If development in countries like Somalia, Djibouti or India continues to be disappointing — meaning that poverty remains common, fertility remains high, and technological progress remains slow — then climate change is an even more important policy priority. More people will need protection. Significantly, poor people in climate-vulnerable countries will suffer more because they will not have the economic resources to cope with climate damages.

This spurred the researchers to wonder whether the cost savings that occur in lower-population scenarios from avoided climate policy expenditures could offset the costs of development policies that alleviate poverty and may also reduce fertility — like educating young women and providing access to family planning and reproductive health programs.

Additionally, given the global temperature is expected to rise far beyond 2 degrees Celsius (or 3.6 degrees Fahrenheit) without intervention, the researchers looked at what would be needed to achieve the 2 and 3 degrees Celsius targets given different levels of population growth. Again, they looked at the results using two social objectives: increasing the number of people who are happy, which they call “total utilitarianism,” or increasing the average happiness of people, known as “average utilitarianism.”

Under both ethical approaches, wealthier regions would save the most in per capita terms. But if society’s goal is to increase average happiness — versus increasing the number of people who are happy — the result is mitigation cost savings in the tens of billions of dollars annually.

“We have a responsibility to protect future people against unacceptable levels of harm from climate change, but how should we value them in our policy analyses?” said co-lead author Mark Budolfson, an assistant professor of philosophy at the University of Vermont. “That’s the essential question of this research, and we hope future research will investigate this further.”