According to data recently released by the Federal Reserve, the amount of outstanding debt that Americans hold — often in the form of credit card debt — hit a new high at $1.021 trillion in June 2017, topping the previous record set in April 2008 just before the financial crisis.

Even when credit card debt seems manageable, some consumers may only be one emergency away from personal financial crisis. Approximately 25 percent of U.S. households report being unable to come up with $2,000 to cover an unexpected emergency such as job loss or medical issues.

Given these statistics, conventional wisdom among policymakers and borrowers is that a lack of liquidity —how much cash one can currently access — is the most important driver of financial distress. A common strategy for helping borrowers manage their credit card debt has been for banks to decrease minimum monthly payments so that borrowers have more cash on hand each month after payments are made.

New research from Princeton University, however, counters this widespread view and suggests that relief targeting longer-term debt, such as the partial forgiveness of account balances, has a greater effect on a borrower’s overall financial health than strategies concentrating on short-term liquidity issues. 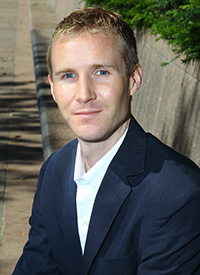 Participants in the trial, who were referred to a debt management plan due to their perceived likelihood of default without the program, were offered different strategies to manage their debt. Some focused more on debt write-downs, or partial forgiveness of balances to address long-term debt, while others focused more on reducing minimum payments to address liquidity concerns.

Borrowers in one group were offered the same repayment program that had been offered to all borrowers prior to the trial. Others were offered a more generous repayment program with a greater set of options. Each of the credit card issuers participating in the randomized trial offered a different combination of write-downs and minimum payment reductions. Individual borrowers were able to decide how much to borrow from each of the card issuers, in effect deciding how to balance short- and long-run relief.

Even though the terms for longer-term relief were such that the debt forgiveness would not occur until three to five years after the experiment, the researchers found that concentrating on longer-term balances significantly improved both financial and labor market outcomes for borrowers. Borrowers who took advantage of debt write-downs were 11.89 percent more likely to finish the repayment program, 9.36 percent less likely to file for bankruptcy, and 3.19 percent less likely to face a debt collector. Similarly, this group’s likelihood of being employed increased by 2.12 percent. The estimated effects of the debt write-downs for credit scores, earnings, and 401(k) savings contributions were smaller but still found to be significant.

In contrast, the study found no positive effects for borrowers taking greater advantage of minimum debt payment reductions. Their likelihood of filing for bankruptcy and going into collection increased by 6.76 percent and 3.56 percent, respectively. There also were no discernable positive effects on credit scores, employment, earnings, or 401(k) contributions for borrowers in this group.

With the reduction in minimum monthly payments, the number of months a borrower remains in the repayment program increases because the overall debt doesn’t decrease; rather the payments are spread over a longer time period with interest accruing each month on the balance. The study suggests that this is a major reason why these short-term liquidity fixes did not improve ultimate debt pay-down and actually increased the probability of debt collections or filing for bankruptcy. During the four additional months in the program, the borrower could be hit by a shock — such as a medical emergency or job loss — that could lead to default.

“Our study results suggest that there may be substantial benefits of considering changes to current banking regulations that would allow greater flexibility in debt forgiveness plans,” Dobbie said.

The working paper, “Targeted Debt Relief and the Origins of Financial Distress: Experimental Evidence from Distressed Credit Card Borrowers,” by Will Dobbie and Jae Song, is part of the National Bureau of Economic Research’s NBER Working Paper Series.