Boost in Collateral, Rather Than “Feeling Richer,” Drives Consumers to Borrow as Home Prices Rise

When home prices rise, households tend to borrow and spend more. But economists have had trouble identifying exactly what causes that relationship. Is it that when a house becomes worth more, borrowers are able to offer more collateral to secure a loan? Or is it that when a house is worth more, borrowers feel richer so are more willing to borrow and spend?

A study by Princeton University professor Henrik Kleven and colleagues, published as a working paper on the National Bureau for Economic Research website, tries to tease this out. Their key finding is that the main mechanism driving householders to borrow and spend is the collateral effect — when the value of homes rise, people have more collateral to use for borrowing, which in turn gives them access to lower interest rates. That leads them to increase their borrowing and spending. In contrast, the wealth effect would posit that a jump in borrowing accompanies a rise in home prices because the appreciation of their real property makes people feel richer and thus more likely to spend, in this case by cashing out equity in their homes. 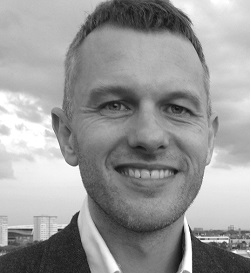 Because the study period saw large swings in home prices, the researchers were able to see how home prices affected people's decisions to extract equity from their homes through borrowing. As they expected, the data they examined, which came from the U.K., revealed a strong correlation between home prices and borrowing — though not quite as strong as in the United States. Next they turned to the question of whether the collateral effect or the wealth effect was behind this pattern.

Kleven, professor of economics and public affairs, and his co-authors were able to find a natural experiment in the United Kingdom’s mortgage refinance market from 2005 to 2015, a period that encompassed the Great Recession and the recovery that followed. In particular, Kleven said, most U.K. mortgages have a relatively low interest rate for a short time, typically two to five years, followed by a much higher reset rate. The structure of the contract creates a strong incentive to refinance after the interest rate jumps, since there is a large penalty for refinancing before that happens. People’s decisions on the timing of refinancing are therefore set by a contract signed two to five years in the past, rather than by current circumstances. Thus, no unobserved third factor affected the homeowners’ choice of when to refinance, meaning that groups of people who refinanced at different stages of the recession and recovery process could be assumed to be largely similar in all other ways.

“All else equal,” Kleven said, “the wealth effect should be larger for older homeowners who have short horizons and are therefore in a position to cash in on their housing wealth, and the collateral effect should be larger for more leveraged homeowners.” That’s because more leveraged homeowners — those who owe more and have less equity in their homes — benefit the most from a boost in collateral when home prices rise.

But older homeowners also tend to be less leveraged, and vice versa, making it hard to separate one effect from the other. To solve that problem, the researchers analyzed four characteristics: the degree to which a home was leveraged (loan-to-value ratio), and the homeowners’ age, income, and income growth. Of the four, only the loan-to-value ratio had a strong positive relationship to whether refinancers cashed out equity, suggesting that the collateral effect rather than the wealth effect was driving their borrowing. In other words, being able to secure a loan with low interest rates was a much more powerful incentive to borrow than simply feeling richer because one’s house is suddenly worth more. The strong relationship the researchers found between collateral and borrowing, Kleven said, “has important implications for understanding household behavior” and for engineering “realistic responses to boom-bust cycles in the housing market.”

The study, “The Effect of House Prices on Household Borrowing: A New Approach,” appeared on the National NBER’s website in September 2017. As a working paper, it was not peer-reviewed or subject to the review by the NBER Board of Directors that accompanies official NBER publications.