Boosting Employment Rate Is Unlikely to Curb Opioid Use

Improving job prospects for people in economically depressed parts of the United States is unlikely to help curb the opioid epidemic, according to a study by researchers at Princeton University. On the other hand, opioid use may actually help some women — but not men — stay in the labor force when they would otherwise leave because of chronic pain. 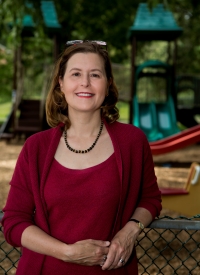 To be clear, said Princeton economics chair Janet Currie — who conducted the study with Jonas Jin and Molly Schnell, two Princeton Ph.D. candidates in economics — there are many reasons that helping more people in depressed areas find work is a desirable goal. But the researchers found no definitive link between increasing rates of employment and decreasing rates of opioid use.

The study appears on the website of the National Bureau of Economic Research.

Past research has found that higher rates of joblessness are correlated with higher rates of opioid prescriptions per capita. Some people have theorized that economic dislocation drives people to use opioids or, conversely, that becoming addicted to opioids makes people more likely to leave the labor force. However, the correlation doesn’t prove that opioid use causes unemployment, or vice versa, Currie said. Rather, opioid use could be driven by some other factor, such as regional variation in doctors’ prescribing practices.

“A distinguishing feature of the current epidemic of drug abuse is that many overdoses and deaths can be attributed to legal opioids that were prescribed by a physician,” Currie, Henry Putnam Professor of Economics and Public Affairs and director of the Center for Health and Wellbeing, said. “And many people who get opioids illegally first became addicted to legally prescribed opioids.”

Currie and her colleagues used two primary types of data: records of opioid prescriptions filled at U.S. retail pharmacies from 2006 to 2014, and, for the same period, the U.S. Census Bureau’s Quarterly Workforce Indicators, a jobs dataset that draws on a variety of government sources and covers about 95 percent of U.S. employment. These data let them calculate ratios of opioid prescriptions-to-population and employment-to-population for people of different ages and genders, and with different levels of education, in every U.S. county over time. Because the data encompassed the Great Recession and the uneven recovery that followed, they were able to observe a great deal of local variation in employment rates.

Next, they used sophisticated statistical techniques to test for causal relationships in either direction. Importantly, to calculate opioid prescription-to-population rates, they focused on prescriptions written for people age 65 and older. They reasoned that in places where doctors prescribe opioids more frequently, both working-age and elderly people would be more likely to receive such prescriptions. Because the prescriptions written for the elderly would be unlikely to affect employment rates, and vice versa, this technique helped them disentangle the two phenomena.

Examining their first question — whether a county’s employment rates affect the number of opioid prescriptions — the researchers found that the answer was ambiguous. They saw some evidence that higher employment reduces opioid prescriptions among younger workers, but not older ones — and only in counties where education levels were above the national median. In general, the results didn’t support the hypothesis that policies to boost employment would significantly diminish opioid abuse.

Overall, Currie said, the relationship between opioid prescribing and employment doesn’t support any simple narrative, especially because many opioid users remain in the workforce.

“This observation suggests that policy responses should be designed to take account of the fact that many addicts work,” Currie said. “Therefore, treatment options that help people retain their connection to the labor market are likely to be necessary to effectively combat the epidemic.”

The study, “U.S. Employment and Opioids: Is There a Connection?,” appeared on the NBER’s website in March 2018. As a working paper, it was not peer-reviewed or subject to the review by the NBER Board of Directors that accompanies official NBER publications.