Consuming Online Partisan News Leads to Distrust in the Media

Slanted media outlets are often blamed for growing polarization, but new research points to another consequence of consuming partisan news: an erosion of trust in the media.

A team of researchers combined computational social science techniques and experimentation to study the long-term effects of online partisan media on political opinions and trust.

Internet users were asked to change their default browser homepages to either the Huffington Post, a left-leaning news site, or Fox News, a more conservative outlet, during the 2018 U.S. midterm elections. As participants went about their daily activities, they allowed the researchers to survey them multiple times as well as to collect data on millions of web visits and their posts on Twitter.

After eight weeks, the participants’ trust in the media appeared to decrease, and this effect remained detectable nearly a year later for visitors to both partisan news sites. Increased exposure to partisan news led to an immediate — though short-lived — boost in the number of visits to both sites, as well as improved knowledge of recent events. However, these effects did not appear to translate to changes in political attitudes, opinions, or behaviors.

"Our work shows that it’s difficult for people to be persuaded by competing media outlets during an election campaign. That said, longer time spent on these sites does lead to a growing distrust in the news.” — Andy Guess

The findings, published in the Proceedings of the National Academy of Sciences, illustrate a powerful new approach for studying the effects of exposure to partisan news. The results also expose a subtle, long-term effect that has eluded the attention of prior research: skepticism of the media after prolonged news exposure.

“Past studies have shown links between exposure to partisan news and polarization, but the driver behind this has been up for debate,” said study co-author Andy Guess, assistant professor of politics and public affairs at the Princeton School of Public and International Affairs. “Our work adds a piece to this puzzle, showing that it’s difficult for people to be persuaded by competing media outlets during an election campaign. That said, longer time spent on these sites does lead to a growing distrust in the news.”

The researchers partnered with the online polling firm YouGov, an international research data and analytics group. They initially recruited 1,551 respondents from YouGov’s “Pulse” panel, which included users who had previously installed passive metering software on their desktop and mobile devices. This software collects in-depth data about online behaviors.

Participants agreed to join a “Politics and Media” study with multiple survey waves and could leave at any time. 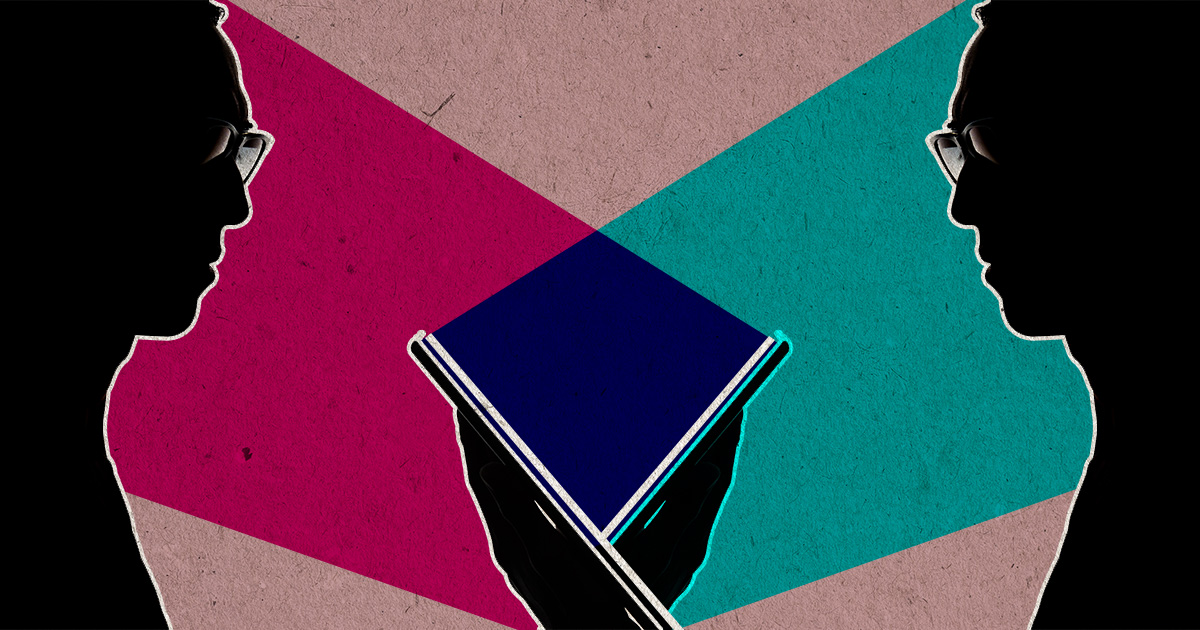 In the first waves of the study, the researchers asked participants about the news they consume, their attitudes on domestic and foreign policy issues, whether they voted and their voting preferences, as well as if they approved of President Donald Trump. They also were asked to predict what might happen in the 2018 U.S. midterm elections.

The researchers chose Fox News and Huffington Post for their significance in the current political environment, as well as on the basis of empirical web tracking data of who consumes news on their sites.

They found that those in the Huffington Post homepage group visited approximately one additional page on the website per day, which amounted to nearly 50 seconds of additional browsing time, the researchers found. The Fox News group visited nearly four more pages per day, or an additional two minutes. Before the study, participants had only spent about 34 minutes per week on average on any news site.

Study subjects were able to recognize and recall recent political events and distinguish them from made-up events more accurately than those in the control group. This held true regardless of which news site they viewed. That said, their political beliefs and voting behaviors did not measurably change.

Guess and his collaborators currently have other research papers in the works using the same data from YouGov.

“We asked our study participants to change a default setting on their devices — the browser homepage. The result was a classic nudge-like effect, demonstrating the importance of basic digital ‘opt-ins’ to structure people’s information consumption. Just as we were able to boost the partisan composition of people’s news diets, social platforms, public media, and other intermediaries can draw on our findings to promote authoritative, nonpartisan sources of information. This could be part of the solution as society looks for ways to reverse our downward spiral of distrust,” Guess said.

The paper, “The consequences of online partisan media,” first appeared online in PNAS on March 29. It is co-authored by Andrew Guess of Princeton University; Pablo Barberá of the University of Southern California; Simon Munzert of the Hertie School; and JungHwan Yang of the University of Illinois at Urbana-Champaign.

This research was funded by a grant from the Volkswagen Foundation Computational Social Science Initiative. The experiment was additionally supported by the Princeton University Committee on Research in the Humanities and Social Sciences and the Center for International Studies at the University of Southern California.