Creating a Network of "Builders"

On the surface, the phrase seems simple. For a government to run efficiently, it needs to take the right steps — a strategic political dance. But perfecting the choreography, knowing which steps to take and when, poses challenges for governments across the world, especially in hard-to-reach places.

That's why this spring semester Jennifer Widner, professor of politics and international affairs at Princeton University's Woodrow Wilson School of Public and International Affairs, introduced an online version of her course "Making Government Work in Hard Places." Offered alongside Widner's traditional graduate-level course with 19 enrolled students, the nine-week online course reached more than 2,000 learners from around the world.

Aiming to reach a global audience, Widner made the online class available through NovoEd, a massive open online course (MOOC) platform, which is geared toward teambuilding and discussion. Thanks to the website's robust online messaging and community forums, the MOOC learners were able to foster collaboration across cultures and connect with people with shared interests. 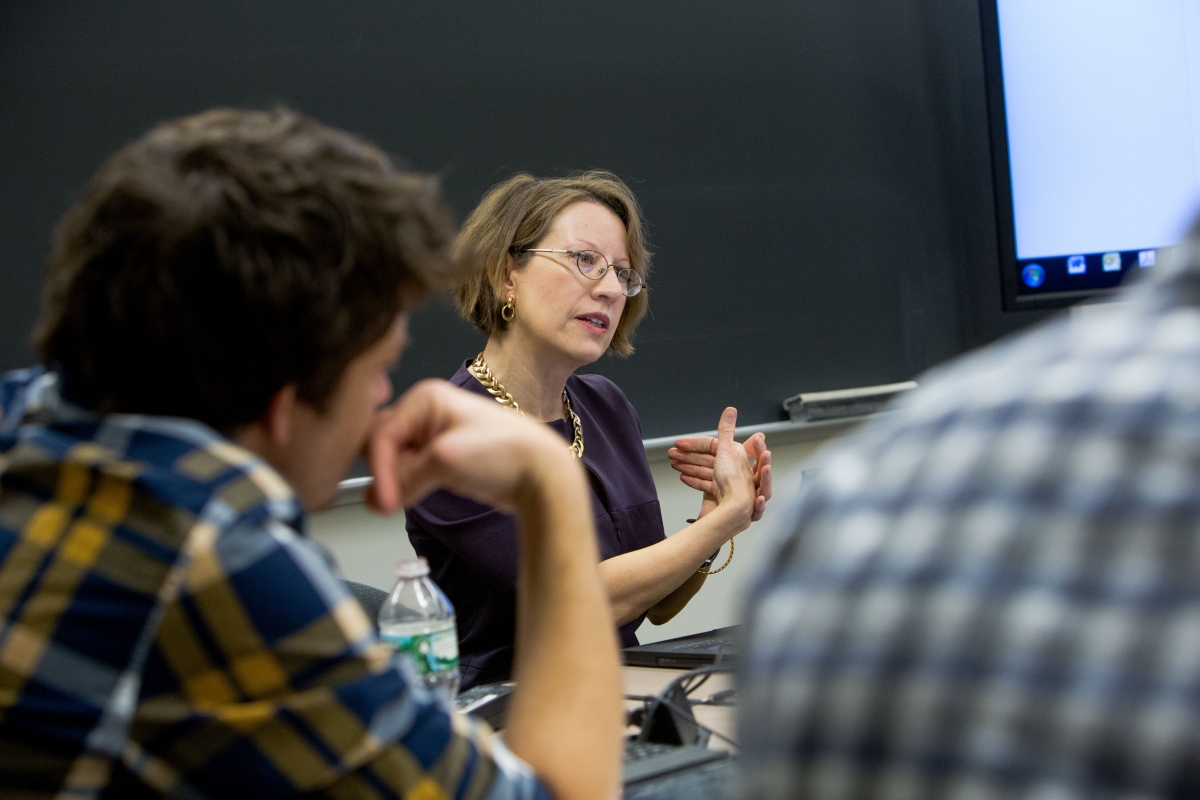 "A lively exchange among people who live in different countries enriches everyone's awareness of the challenges that arise when trying to improve government performance," Widner said. "In both classes, we were aiming to create a network of 'builders' — people who value serving citizens well. The MOOC is an especially good foundation for this kind of network."

The online course and bricks-and-mortar Princeton class were similar in that they were comprised of lectures, assigned readings and discussions. Each week, students examined a particular governance topic through the lens of real-world examples. These case studies were compiled by Innovations for Successful Societies (ISS), a center based at the Wilson School and founded and directed by Widner.

In both classes, students worked in teams. MOOC participants — academics, policymakers and public members — made up 110 teams, some with shared interests and others that were random. Three teams of students were created at the Wilson School, and they regularly reviewed the online MOOC contributions, gleaning on-the-ground perspectives.

One week in March, students in both classes examined the importance of cabinet offices, looking to Ghana as an example. Online materials for the week included case studies on Ghana, Indonesia, Rwanda and Latvia; 10 video lectures ranging from one minute to 45 minutes; a quiz; and a team presentation.

In one lecture, Widner explained that from the 1960s to early 1990s, Ghana faced a series of abrupt changes due to multiple coups d'état. Competent government workers either left or were pushed out. Departments became inefficient and uncooperative, and policy documents were roughly written and incomplete. The government slowly began to crumble.

Things began to change in 2000 when John Kufuor was elected president, bringing with him high aspirations for the country. He developed a new cabinet unit that worked with the Canadian International Development Agency to strengthen Ghana's policy management system. From then on, their steps were deliberate: They introduced seamless coordination between departments by implementing standardized forms and publishing a cabinet manual. For the first time, they all used computers. They hired policy analysts and worked with the University of Ghana Business School to train their workers to research, write and communicate policies more effectively. In a short amount of time, they overhauled their entire policy management system.

Widner said this case study illustrates why such purposeful steps are often needed for governments to run smoothly. Still, in many poor regions, these actions can be hard to implement and even more difficult to sustain.

"One of the biggest challenges for governments is how to deliver on the promises made — how to create new practices, build new institutions, implement new policies and sustain those improvements," Widner said.

Gordon LaForge, a student in the Master in Public Affairs (MPA) program at the Wilson School whose primary focus is international relations, signed up for the class because of his interest in Indonesia and other fragile states. Before coming to Princeton, he lived in Indonesia as a Fulbright English teaching assistant and then a journalist, covering corruption and governance. Due to the class's interaction with the MOOC, LaForge had the opportunity to understand the internal dynamics of many of the countries in the case studies through the perspectives of their residents. 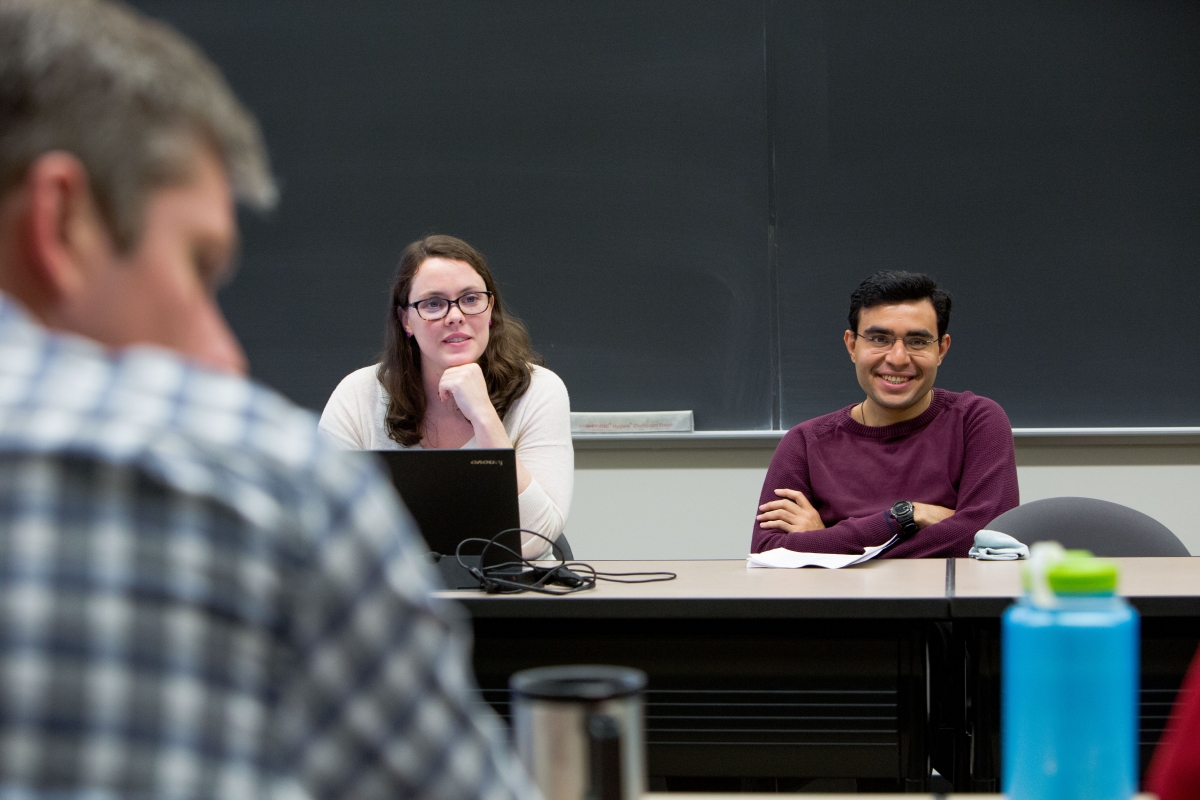 "The diversity of background and experience within our own class is pretty remarkable, and the online course introduced an even richer variety of voices," said LaForge. "The online course afforded access to on-the-ground perspectives as we were able to interact with international students living in the countries we were studying."

This same diversity was also valued within the MOOC teams. One team — titled "Make it Happen" — was comprised of a senior economist from the Netherlands, a mental health worker from Romania, a retired government employee from Washington, D.C., a graduate student studying international management from Austria and a communications manager from Guyana.

Ferdinand Philipsen, the economist, was an active member of Team Make it Happen. He works for the Ecroys Academic, a specialized training institute that provides courses for public, private and nonprofit organizations worldwide. His experience includes public finance, public sector reform and budget reform. Philipsen is an avid MOOC learner, often enrolling in multiple courses at a time. While his experiences have varied, he said Widner's course was especially helpful thanks to the case studies and team approach.

"This course was powerful because you had to apply and think critically about every case study. This in-depth form of learning is really engaging," said Philipsen. "The lectures stimulated deep thinking and the assignments sharpened our analytical skills."

At many points, the cases hit home for Philipsen as he personally knew the policy makers involved with some of the reforms.

"I would be reading a case study and realize, 'Oh, I've worked with that person before,'" Philipsen said. "It goes to show that what sticks is a good story and those personal connections. These anecdotal accounts explain what happens behind the scenes, a perspective that is not always known but still especially important."

Monica Podar, a native of Romania living in Germany, enrolled in the class because of her interests in public health. Lacking a background in governance, she was hoping to gain a better understanding of policy making related to social psychology.

"This course gave me a sense of hope," said Podar. "It showed me that there are people who manage to push countries forward, and you can actually make a change."

Podar, who also regularly enrolls in online courses, was especially excited to interact with a Princeton University professor – something that hasn't happened often in past courses.

"Jennifer personalized the course and even commented on one of my assignments, which I didn't expect given the large class size," Podar said. "Her encouragement motivated me to continue."

Keeping up with a traditional class while teaching a MOOC can be difficult, Widner said. The course required support from staff at Princeton's Broadcast Center, McGraw Center for Teaching and Learning and ISS.

"We had a lot of serious participants in the MOOC, and it was a little hard to keep up with all of the great contributions they offered," Widner said. "From an instructor's perspective, there is more involved in curating the course than initially anticipated. A NovoEd MOOC involves much more engagement than some of the earlier MOOCS may have required."

The MOOC had a wide reach, with 2,164 students enrolled, of which 466 were auditors. Remarkably, only 114 withdrew. The majority of students were between 26 and 30 years old, though a high number of students fell between 31 and 35 and many were over 50. Slightly more men enrolled in the course than women. Moreover, the range of countries represented in the MOOC was extensive, with participants from such countries as the United States, India, Pakistan, Ghana, China, Indonesia, Chile, Mexico, Brazil, Afghanistan, Yemen and Iraq, among many others.

While Widner admits the two classes could have been better coordinated, she still felt the two rolling in tandem was successful.

"People formed networks through the course," said Widner. "For example, three people from Slovakia met each other. They had similar interests and responsibilities in Slovakia. One of our Master in Public Policy students here found he was able to make contact with people doing similar things in other parts of the world, and one of our MPAs was able to get her father in Bangladesh to join her in the online part of the course."