As world leaders grapple with containing the Zika virus, the Ebola epidemic in West Africa provides valuable lessons for how to respond to other infectious disease epidemics, according to a policy report published by researchers at Princeton University and the Wellcome Trust.

Rebuilding local health care infrastructures, improving capacity to respond more quickly to outbreaks and considering multiple perspectives across disciplines during decision-making processes are among the key recommendations the authors propose.

The report, which was published in Science, states the World Health Organization (WHO) must again become the respected global health body with a clear mandate to provide global health leadership. This can only be made possible with binding commitments from the international community alongside an ability and willingness of the WHO to lead, the researchers conclude.

The report is based on an international conference organized by Princeton – “Modern Plagues: Lessons Learned from the Ebola Crisis,” held in Dublin, Ireland, in November 2015 as the third Princeton-Fung Global Forum. It was written by conference participants Janet Currie and Bryan Grenfell, both based at Princeton’s Woodrow Wilson School of Public and International Affairs, and Jeremy Farrar, director of the Wellcome Trust. Currie is the Henry Putnam Professor of Economics and Public Affairs and chair of the Department of Economics, and Grenfell is the Kathryn Briger and Sarah Fenton Professor of Ecology and Evolutionary Biology and Public Affairs. 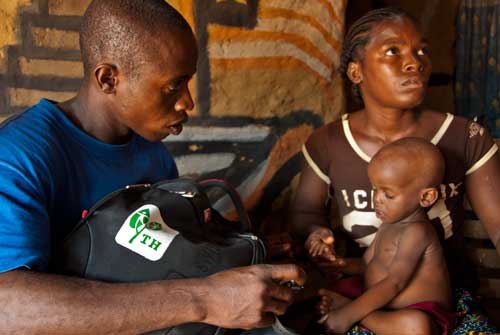 “We hope that the Ebola crisis will provide the impetus to change the ways in which we prepare for and respond to epidemics, especially as new threats like Zika virus continue to emerge,” the researchers wrote.

The researchers’ recommendations are as follows:

The first Princeton-Fung Global Forum, “The Future of the City,” took place in Shanghai in 2013. The second forum on “The Future of Higher Education” was held in Paris in 2014. The next forum is scheduled for spring 2017 in Berlin, Germany, and will focus on cybertechnology.