Fake News Shared by Very Few, But Those Over 65 More Likely to Pass on Such Stories, New Study Finds

A small percentage of Americans, less than 9 percent, shared links to so-called “fake news” sites on Facebook during the 2016 presidential election campaign, but this behavior was disproportionately common among people over the age of 65, according to a new analysis by researchers at Princeton University and New York University’s Social Media and Political Participation (SMaPP) Lab.

The study appears in the journal Science Advances.

“Despite widespread interest in the fake news phenomenon, we know very little about who actually shares fake news,” said Joshua Tucker, a professor of politics at NYU and co-director of the SMaPP Lab. “This study takes a first step towards answering this question. Perhaps most significantly, we find that sharing this type of content on Facebook was a relatively rare activity during the 2016 presidential campaign.”

Among the overall sample of study participants, drawn from a panel survey conducted by the polling firm YouGov, only 8.5 percent shared links from fake news sites via Facebook.

Notably, only 3 percent of those aged 18-29 shared links from fake news sites, compared with 11 percent of those older than age 65. Critically, the association with age appears to be independent of respondents’ ideological or partisan affiliations. 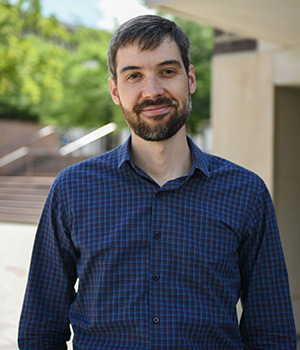 “If seniors are more likely to share fake news than younger people, then there are important implications for how we might design interventions to reduce the spread of fake news,” said Andrew Guess, an assistant professor of politics and public affairs at Princeton University’s Woodrow Wilson School of Public and International Affairs.

In explaining their findings, the researchers outline how the correlation with age could reflect differences in fundamental traits or skills — such as digital media literacy — that are theoretically related to social media sharing behavior. Exploring these possibilities should be a focus of future research, they said.

Jonathan Nagler, a professor of politics at NYU and a co-director of the SMaPP Lab, also said that “these findings suggest that teaching digital literacy in schools — no matter how beneficial that might be for other reasons — is unlikely to fully address the sharing of fake news if such sharing is more prevalent among older citizens.”

By contrast, education, income and gender were not systematically related to being more likely to share fake news, the study found.

The researchers did find a strong partisan difference: 18 percent of Republicans shared links to fake news sites, compared to less than 4 percent of Democrats. However, they cautioned against associating ideology with an underlying proclivity to share fake news, noting that this finding might simply be a result of the fact that most fake news produced during the campaign was pro-Donald Trump or anti-Hillary Clinton in orientation.

“This is consistent with the pro-Trump slant of most fake news articles produced during the 2016 campaign,” they write, “and of the tendency of respondents to share articles they agree with, and thus might not represent a greater tendency of conservatives to share fake news than liberals conditional on being exposed to it.”

The paper, “Less than you think: Prevalence and predictors of fake news dissemination on Facebook,” appeared online in Science Advances on Jan. 9. This research was supported by the INSPIRE program of the National Science Foundation (Award SES-1248077).

The panel survey, conducted in three waves from April to November 2016, included a sample of approximately 1,300 respondents who agreed to allow an app to temporarily share with the researchers information about their own timeline posts, including external links. The researchers did not have access to the content of people’s Facebook news feeds or information about their friends. Respondents read a privacy statement that informed them that they could withdraw at any time and that the researchers would not share any personally identifying information.

To identify “fake news” sources, the researchers relied on a list of domains assembled by Craig Silverman of BuzzFeed News, the primary journalist covering the phenomenon in 2016. They classified as fake news any stories coming from such sites. They supplemented this list with other peer-reviewed sources to generate a list of fake news stories specifically debunked by fact-checking organizations. The findings were found to be robust to multiple alternative measures of fake news.