As the global population continues to increase, so will food production. This means increased use of fertilizers, and many on today’s market are not environmentally friendly.

To reduce pollution and save billions of dollars in damages, the United States and other national governments should require manufacturers to sell nitrogen fertilizer with compounds designed to increase their efficiency and reduce pollution, according to a new paper published in Nature Sustainability. Such a policy could substantially reduce air and water pollution from nitrogen use, including greenhouse gases.

The researchers estimate that using this approach among U.S. corn farms could reduce nitrogen pollution by 16 percent, earn farmers millions of dollars through higher crop yields, and reduce total costs of nitrogen pollution up to $5 to $7 billion. 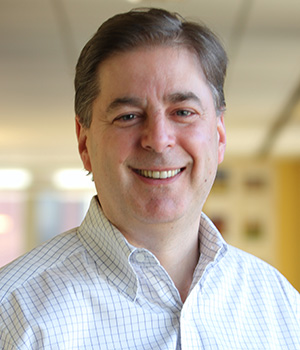 “Global and U.S. nitrogen pollution have been growing relentlessly, causing ocean dead zones, unhealthy air and large greenhouse gases,” said paper co-author Tim Searchinger, a research scholar at the Program in Science, Technology, and Environmental Policy at Princeton University’s Woodrow Wilson School of Public and International Affairs. “Fertilizers contribute greatly to this and will do so more as food production expands. Governments should consider flexible policies that shift more of the responsibility to manufacturers to produce fertilizers with more efficient compounds and continue to innovate for even better compounds.”

In addition to Searchinger, who also is a lecturer in the Princeton Environmental Institute, the paper was co-authored by David Kanter of New York University.

They recommend a policy similar to the Corporate Average Fuel Economy (CAFE) standards, which require automobile manufacturers to improve the average fuel of vehicles. This approach gave manufacturers incentives to develop more efficient engines and other vehicle technologies and to find ways to make smaller cars more attractive.

A similar approach can be used for fertilizer sales, according to Searchinger and Kanter. Globally more than half of the nitrogen applied to crops today is lost to the water or air without being used by the crops themselves. This is because nitrogen fertilizer is transformed by microbes in soils in ways that make them susceptible to being dissolved into the air or to runoff in water. Some of those microbial processes generate nitrous oxide, a powerful greenhouse gas.

Yet compounds exist — called Enhanced Efficiency Fertilizers or EEFs — that reduce these microbial processes and keep nitrogen in forms less susceptible to being lost. Reviewing the literature, the paper finds that, on average, these compounds increase the efficiency with which crops use them, and therefore reduce losses to the environment. Farmers also benefit economically on average from increased yields.

“One of the mysteries is why so few farmers use EEFs. We think the answer might be because it leads to varied effects, and maybe the economic benefits seem too small for many farmers to use them although environmental benefits are large.”

By pushing manufacturers to sell increasingly more of this type of fertilizer, it would encourage them not just to develop better compounds but to identify which farms would most benefit and target sales at them.”

We think this kind of nitrogen program is the kind of flexible, regulatory approach that is needed to push global agriculture to reduce its environmental impacts, including its contribution of roughly one quarter of the world’s greenhouse gas emissions,” Searchinger said.

The paper, “A technology-forcing approach to reduce nitrogen pollution,” suggests that national governments, such as the Government of China, or even states like California could enact these kinds of programs as part of their efforts to reduce greenhouse gas emissions and other forms of pollution.