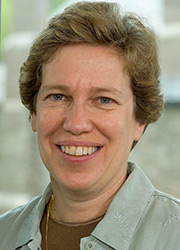 Noreen Goldman, Hughes-Rogers Professor of Demography and Public Affairs, was named vice president elect of the Population Association of America (PAA). Her term will begin Jan. 1, 2018.

The Population Association of America is a non-profit, scientific, professional organization that promotes research on population issues. It is comprised of around 3,000 demographers, sociologists, economists, public health professionals and others interested in the population field.

As vice president, Goldman, who also is a faculty associate at Princeton’s Office of Population Research, will work with the president on issues related to Population Association of America publications, membership and finance. She will also work to educate policymakers about demographic research, communicate with public officials about pressing population concerns and plan the program of the annual meeting.

“I am delighted and honored to have been elected vice-president of the Population Association of America, an organization that has always been my professional home,” Goldman said.

A specialist in demography and epidemiology, Goldman’s research examines the impact of social and economic factors on adult health and the physiological pathways through which these factors operate. She is the author or co-author of more than 200 articles in population, epidemiology, sociology and statistics journals and various book chapters and monographs.