Beijing and surrounding areas of China often suffer from choking smog. The Chinese government has made commitments to improve air quality and has achieved notable results in reducing emissions from the power and transportation sectors. However, new research indicates that the government could dramatically improve air quality with more attention to an overlooked source of outdoor pollution — residential cooking and heating.

"Coal and other dirty solid fuels are frequently used in homes for cooking and heating," said Denise Mauzerall, a researcher who led the study and a professor of civil and environmental engineering and public and international affairs at Princeton University's Woodrow Wilson School of Public and International Affairs. "Because these emissions are essentially uncontrolled, they emit a disproportionately large amount of air pollutants which contribute substantially to smog in Beijing and surrounding regions." 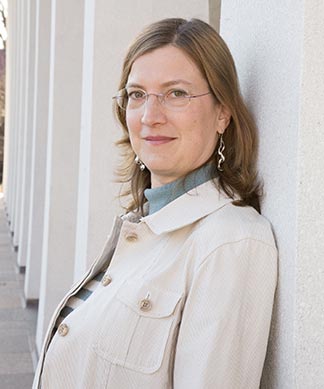 Households account for about 18 percent of total energy use in the Beijing region but produce 50 percent of black carbon emissions and 69 percent of organic carbon emissions, according to a research team from institutions including Princeton, the University of California-Berkeley, Peking University and Tsinghua University. In the Beijing area, households contribute more pollutants in the form of small soot particles (which are particularly hazardous to human health) than the transportation sector and power plants combined; in the winter heating season, households also contribute more small particles than do industrial sources.

The researchers said the high levels of air pollutant emissions are due to the use of coal and other dirty fuels in small stoves and heaters that lack the pollution controls in place in power plants, vehicles and at some factories.

The "use of solid fuels (coal and biomass) for heating and cooking in households contributes directly to exposures in and around residences and is a major source of ill health in China," the researchers wrote in an article published online June 27 in the Proceedings of the National Academy of Sciences. The researchers said illness caused by air pollution was a leading cause of premature death in China, ranking between high blood pressure and smoking as risk factors.

"The residential sector has been relatively overlooked in ambient air pollution control strategies," Mauzerall said. "Our analysis indicates that air quality in the Beijing region would substantially benefit from reducing residential sector emissions from within Beijing and from surrounding provinces. Air pollution levels in Beijing would greatly benefit from a regional strategy to reduce emissions from dirty cook stoves."

The researchers concluded from their study that eliminating household emissions alone would reduce levels of small particulate pollution in the air over Beijing in winter by about 22 percent, but that eliminating household emissions in all three provinces that include Beijing would nearly double the reduction in particulate levels in the city itself.

"Reducing residential emissions from the entire region, including the surrounding rural areas, has the potential to greatly improve air quality within Beijing and its suburbs," Mauzerall said.

The researchers said the government can take additional steps to reduce emissions. Natural gas, liquid petroleum gas, cleaner solid-fuel stoves and electricity can presently reduce emissions. In the long term, electricity from renewable energy sources would virtually eliminate the emissions of air pollutants and the greenhouse gases that contribute to climate change.

The work was supported in part by the National Natural Science Foundation Committee of China, the European Seventh Framework Programme Project PURGE, the Collaborative Innovation Center for Regional Environmental Quality, and the Council for International Teaching and Research at Princeton.