Inequality Grows as Economies Develop, Regardless of Technology

While technological progress favoring skilled workers is one of the main drivers behind inequality in America, the chasm between the rich and poor also grows naturally as an economy develops, according to a study led by Princeton University's Woodrow Wilson School of Public and International Affairs.

When economies grow and individuals become richer, demands for high-skilled workers increase. This is because consumers shift their spending toward sectors that use high-skill workers more intensively, like education and healthcare. 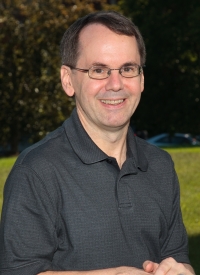 A paper published in the National Bureau of Economic Research shows that these demands account for about 30 percent of the recent increase in the wage gap between high- and low-skilled workers, a measure that economists refer to as the “skill premium.”

"Our paper shows there is a key missing force behind inequality: the mere process of development," said Richard Rogerson, the Charles and Marie Robertson Professor of Public and International Affairs. "As an economy develops, the demand for higher-skilled workers grows.  But we find this force is more powerful than we might've previously thought, painting an even gloomier picture of inequality."

Economic activity has long been documented to have a systematic relationship with development. In very poor economies, goods and services mostly come from agriculture, while the gross domestic product in richer countries comes from manufacturing and services. As economies develop, the importance of agriculture tends to decline, and manufacturing and service industries begin to rise. Eventually, manufacturing also tends to decline, as the services industry continues to expand. This process is called "structural transformation."

This study documents an additional feature of this process: in rich countries, the expansion of the service sector is dominated by high-skill-intensive industries like education and health care, which naturally brings about the need for more high-skilled workers.

Rogerson and his co-authors – Francisco Buera from the Federal Reserve Bank of Chicago and Joseph P. Kaboski from the University of Notre Dame – wanted to better understand this divide and how technology has played a role. They analyzed the evolution of the U.S. economy using data from 1997 to 2005, when the wage gap saw its sharpest increase.

First, the researchers developed a two-sector model that consists of a low skill-intensive sector and a high-skill intensive sector with both low- and high-skilled workers. Looking at the data, the authors find the wage gap increases 49 percentage points between 1997 and 2005.  The authors use their model to understand the different forces at work.

To examine this further, the researchers looked at whether technological change favored skilled workers or whether this gap occurs naturally thanks to the expansion of the high-skill intensive service sector. Through their analysis, they can attribute between 25 and 30 percent of the gap to the expansion of this sector and the associated increased demand for high-skilled workers. So, while technological change that favors skilled workers remains a dominant force, economic development also plays a significant role in the increasing wage gap.

The researchers also repeated the analysis for nine other developed countries: Australia, Austria, Denmark, Germany, Italy, Japan, the Netherlands, Spain and the United Kingdom. While they found some country-to-country variation, the estimates were similar to the United States. About 30 percent of the wage gap could be attributed purely to economic development alone.

Past work has hinted that increases in trade might be partly responsible for the growing gap between low- and high-skilled workers. But the researchers say their findings reflect forces that are independent of the effects of trade, since the high-skill intensive service sector is largely non-tradeable.

The findings further highlight the need for policies promoting education to counteract the underlying forces triggering such inequality. With regards to policy, the researchers specifically point toward education and healthcare. These are industries in which high-skilled labor is essential. Equipping workers with high-level skills could be key to closing the gap, they said.

But although the analysis in the paper identifies high-skill workers with college graduates, Rogerson noted that one cannot assume that college degrees are synonymous with higher skills.

"If you give someone a degree but haven't taught them any skills, then you aren't increasing the supply of high-skilled workers," Rogerson said.

The working paper, "Skill Biased Structural Change," was published in May 2015.