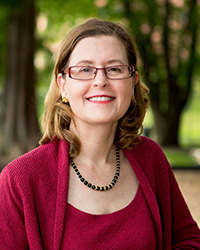 Janet Currie, Professor of Economics and Public Affairs at Princeton University and the Co-director of Princeton's Center for Health and Wellbeing, has recently been elected president of the American Economic Association (AEA). She will serve as president-elect in 2023 and as president in 2024.

Established in 1885, the AEA is a non-profit, non-partisan, scholarly association dedicated to the discussion and publication of economics research. Janet joins a long list of distinguished Princeton economists to hold this position—including Ben Bernanke, Angus Deaton, Christopher Sims, Orley Ashenfelter, Avinash Dixit, and Nobel laureate Arthur Lewis, whom the auditorium in Robertson Hall is named after. Janet is one of only a handful of women to have led the organization, including current U.S. Treasury Secretary, Janet Yellen.  It is yet another sign of the very high regard with which Janet is held among her peers in the profession.