Children who grow up in urban counties with high upward mobility exhibit fewer behavioral problems and perform better on cognitive tests, according to a study led by Princeton University.

Children in these counties display fewer behavior problems at age 3 and show substantial gains in cognitive test scores between ages 3 and 9. Growing up in a county with higher intergenerational mobility reduces the gap between economically advantaged and disadvantaged children’s cognitive and behavioral outcomes by around 20 percent.

The study, published Aug. 14 in the Proceedings of the National Academy of Sciences, provides further evidence that place, measured at the county level, has a significant influence over the economic prospects of children from low-income families.

“Broadly speaking, our findings suggest that the developmental processes through which place promotes upward mobility begin in childhood and depend on the extent to which communities enrich the cognitive and social-emotional skills of children from low-income families,” said contributing author Sara S. McLanahan, William S. Tod Professor of Sociology and Public Affairs at Princeton’s Woodrow Wilson School of Public and International Affairs. 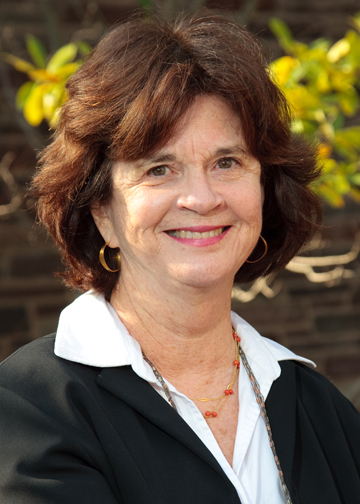 The study results are based on data from the Fragile Families and Child Wellbeing Study, of which McLanahan, who is founding director of the Bendheim-Thoman Center for Research on Child Wellbeing, is a principal investigator. The study is a population-based birth-cohort study of children born in 20 large U.S. cities between 1998 and 2000.

The new research builds upon a series of papers by economist Raj Chetty of Stanford University and others who used income tax data to show that the economic prospects of children from low-income families depend on where they grow up. However, Chetty’s work does not explain why children growing up in some counties do better than others.

For their analyses, the researchers looked at 4,226 children from 562 U.S. counties whose developmental outcomes were assessed at approximately ages 3, 5 and 9 years old. The researchers divided these children into low- and high-income groups based on household income at birth. Children from low-income families were born in households earning below the national median household income (mean of $18,282), while children from high-income families were born in families earning above the national median (mean of $73,762).

Behavioral problems — like aggression and rule-breaking — were assessed by parents and teachers using the Child Behavior Checklist, a report used in both research and clinical settings, along with the Social Skills Rating Scale, a system that evaluates social skills, problem behaviors and academic competence. Cognitive abilities were assessed through a series of vocabulary, reading comprehension and applied problems tests in the children’s homes. Both assessments were collected as part of the Fragile Families and Child Wellbeing Study.

After analyzing the data, the researchers found that children from low-income families who grew up in counties with high upward mobility had fewer behavior problems and higher cognitive test scores when compared with children from counties with lower mobility. These differences were significant even after controlling for a large set of family characteristics, including parents’ race/ethnicity, education, intelligence, impulsivity and mental health.

Children who grow up in counties with higher intergenerational mobility show steady gains in test scores between ages 3 and 9, compared to those who grow up in counties with lower intergenerational mobility. These gains first appear at age 5 and accumulate over time, which is consistent with the argument that high-quality pre-K and elementary schools are an important part of what makes growing up in a high-mobility county beneficial, the researchers wrote.

The pattern for behavioral problems was somewhat different. For this outcome, the advantages associated with being raised in a county with high intergenerational mobility appear by age 3 and neither grow nor decline after that.

These two findings — early appearance and the lack of cumulate effects – do not point to specific community institutions that cause fewer behavioral problems. However, according to the authors, community factors that may account for these findings include programs that affect children directly, such as access to high-quality health care or preschool, or programs that affect children indirectly by reducing parents’ economic insecurity, like housing.

The paper, “Geography of intergenerational mobility and child development,” was published in PNAS on Aug. 14.