Women in Ireland and Northern Ireland acquiring medical abortion pills through online telemedicine report successful terminations with low rates of adverse effects, according to new research published in “The BMJ” by Princeton University, the University of Texas at Austin and Women on Web (WoW). 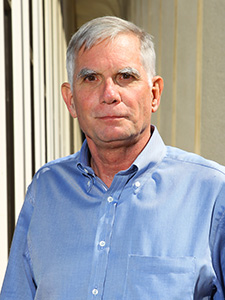 The results show that 95 percent of self-sourced and self-managed medical abortions were successful. Less than one percent of the women required a blood transfusion, and three percent received antibiotics. Women were able to identify the symptoms of potentially serious complications, and almost all reported seeking in-person medical attention when advised.

“Our results show that telemedicine abortions provided by Women on Web are safe and effective,” said co-author James Trussell, the Charles and Marie Robertson Professor of Public and International Affairs, Emeritus, and professor of economics and public affairs, emeritus, at Princeton University’s Woodrow Wilson School of Public and International Affairs.

Abortion laws in Ireland and Northern Ireland are among the most restrictive in the world, with abortion criminalized in most circumstances. However, online telemedicine has dramatically changed abortion access.

“Irish and Northern Irish people who access or help others to access this pathway are choosing an option that has similar effectiveness rates to medication abortion performed in a clinic and has lower rates of complications than continuing a pregnancy to delivery,” said lead author Abigail Aiken, assistant professor at the University of Texas’s Lyndon B. Johnson School of Public Affairs. “This study shows that medication abortion self-sourced and self-managed outside the formal health care setting can be a safe and effective option for those who rely on or prefer it.”

Using data from WoW, researchers conducted a population-based analysis of 1,000 women in the Republic of Ireland and Northern Ireland who self-sourced medical abortion during a three-year period. Aiken and Trussell, along with co-authors Rebecca Gomperts, a Princeton alumnus, and Irena Digol from WoW, examined self-reported outcomes and complications, and assessed women’s ability to self-screen for the symptoms of potentially serious complications, as well as their propensity to seek medical attention. 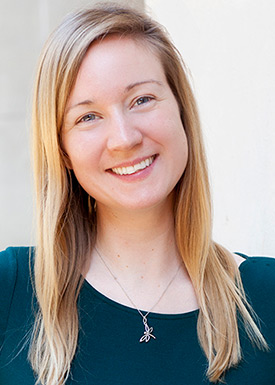 The findings also have implications for other parts of the world where abortion is difficult to access.

“Following waves of restrictive legislation in the United States, the parallels between women seeking abortion in certain parts of the U.S. and Ireland and Northern Ireland are striking,” Aiken, who earned her Ph.D. at Princeton, said. “Women in Ireland and Northern Ireland have three options when faced with a pregnancy they do not want or feel they cannot continue: travel long distances to access in-clinic abortion care, remain pregnant, or self-source their own abortion outside the formal healthcare setting. In the case of the United States, we already know women are self-sourcing, so there is a public health duty to help make it as safe and supported as possible.”

The researchers acknowledge the limitations of self-reporting, but also emphasize that in situations where women self-source their own abortions outside the formal healthcare setting, self-report is the only possible method of follow-up. The large sample size and high follow-up rate, which is comparable with or, in some cases, better than studies of abortion within the formal healthcare setting, are also strengths of the study.

The study, “Self-Reported Outcomes and Adverse Events Following Medical Abortion via Online Telemedicine: A Population-based Study in Ireland and Northern Ireland,” was published online May 16.

Victoria Yu from the University of Texas at Austin contributed to this story.