Between the mid-1990s and early 2010s, self-reports of mental health declined among disadvantaged Americans ages 24 to 76 years old. However, as socioeconomic status increased, mental health deterioration lessened or, in some cases, even improved.

The study, published in the Proceedings of the National Academy of Sciences, is among the first to investigate if the psychological health of Americans has worsened over time, as suggested by the “deaths of despair” narrative, linking rising mortality in midlife to drugs, alcohol, and suicide.

The results show that distress is not just a midlife phenomenon, but a scenario plaguing disadvantaged Americans across the life course. The findings should be taken into account in terms of policy and advocacy efforts. 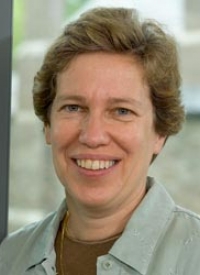 “Our results paint a picture of substantial social stratification in the psychological health of American adults, one that has been widening as declines in mental health have occurred unevenly across the socioeconomic spectrum,” said co-lead author Noreen Goldman, the Hughes-Rogers Professor of Demography and Public Affairs at Princeton’s Woodrow Wilson School of Public and International Affairs. “The findings are consistent with drug overdose death rates and underscore the dire need for improved access to, and affordability of, mental health services for low income and less educated American adults of all ages.”

Goldman, along with Dana Glei and Maxine Weinstein of Georgetown University’s Center for Population and Health, wanted to investigate whether mental health had deteriorated since the mid-1990s, a time period known for boosted opioid use and rising mortality from suicide, drugs, and alcohol.

They used data from two cross-sectional waves of the Midlife in the U.S. Study (MIDUS) to assess trends in psychological distress and well-being. MIDUS conducted interviews with national samples of adults in 1995 and 1996 and another sample again between 2011 and 2014, which closely spans the period of rising substance abuse.

The researchers looked at measures of distress and well-being to better capture overall mental health. Distress was represented by two measures: depression and what’s called “negative affect,” which includes reports of sadness, hopelessness, and worthlessness. Well-being was assessed by four measures that reflect emotions such as happiness, fulfillment, life satisfaction, and meaning in life.

The results revealed the influence of socioeconomic status. In both time periods studied, disadvantaged Americans reported higher levels of distress and lower levels of well-being compared to those of higher socioeconomic status. Between the two different waves of people studied, distress increased substantially among disadvantaged Americans, while those of higher socioeconomic status saw less change and even improvement. When the researchers made predictions for ages 30, 50 and 70, the results matched those of the entire sample: Heightened distress and diminished well-being were felt across the life course.

“In the past few years, references to the opioid epidemic, drug poisonings, and associated feelings of despair among Americans, primarily working class whites, have flooded the media,” Glei said. “Yet, despite recurring references to distress or despair, there has been little analysis of whether psychological health among American adults has worsened over the past two decades. We wondered: Are Americans suffering from a rising tide of despair?”

While the results do not show direct links between worsening mental health and increased substance abuse, the researchers said it is possible the drug epidemic affected the psychological well-being of these Americans.

Drug use that ravages families could plausibly weaken the social and economic fabric of communities. The drug epidemic could also have reduced one’s income and assets through job loss, a decline in earnings, high costs of drugs and treatment, and needing to care for those with addiction issues. This could also work in reverse: The psychological well-being of Americans could have influenced drug use.

“The paper certainly underscores a two-directional causality,” said Goldman, “but this is one of our study’s limitations: We do not attempt to establish direct causality and could never do so using this kind of data — two cross-sectional waves.”

The researchers point to possible limitations with the study. As with all surveys, the findings could be biased by data problems or response errors. For example, some participants may have been less willing to report mental health issues. Other participants might have been biased by media reports about the working class.

Nevertheless, the results point to a number of avenues for future research, especially exploring differences in distress and well-being by race, sex and region.

The paper, “Declining mental health among disadvantaged Americans” was published in PNAS on June 18.