Concerns about the state of Congress have sparked a number of reform efforts. Among these was the creation of a new Congressional committee: the Select Committee on the Modernization of Congress. 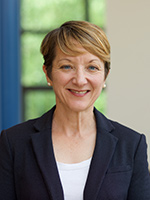 To contribute to this effort, the American Political Science Association created the Task Force Project on Congressional Reform, which was co-chaired by Frances E. Lee, professor of politics and public affairs at Princeton University, and Eric Schickler, the Jeffrey and Ashley McDermott Endowed Chair at University of California, Berkeley.

The goal of the task force was to draw on the collective knowledge of 30 Congressional experts from universities across the country and think-tanks and advocacy groups in Washington, D.C.

A final report was produced, which members of the task force presented at a Jan. 9 meeting at the Brookings Institution in Washington, D.C. Among the recommendations were:

In their roles as co-chairs, Lee and Schickler recruited task force members, organized a set of meetings to identify and debate the issues, and established a series of six subcommittees to study the issues in depth. From there, they developed recommendations and, drawing from the subcommittees, assembled the final report.

“I was honored to be asked to co-chair this effort and saw the task force as an opportunity for political science to be relevant for real-world questions of institutional reform,” Lee said.

Lee specializes in American politics with particular interest focusing on the U.S. Congress and institutional behavior. Alongside Princeton’s Nolan McCarty, who also served on the task force, she recently co-chaired the Institutions Working Group for the Social Science Research Council’s Anxieties of Democracy Program and co-edited an associated volume, “Can America Govern Itself?” (2019). She discusses the volume on Endnotes, a podcast produced by the Woodrow Wilson School of Public and International Affairs.