Propaganda by way of “fake news” is one way a nation can wage war without firing a single shot. Another is through tactics of subversion and coercion, in which a country intentionally keeps neighboring countries weak in order to advance its own foreign policy interests, according to a new study from Princeton University.

For example, without taking over any territory in Eastern Ukraine, Russia made Ukraine undesirable and ungovernable by fomenting dissent and aiding in separatism. This is a form of subversion used to disrupt governance in a weak country.

The study, published in the journal International Organization, employs a statistical analysis of 78 countries over a 50-year timeframe. The findings reveal that a number of countries have degraded state authority of their neighbors, keeping weak countries frail since the Cold War. The actions of these “hostile neighbors” have severe consequences for weak states in terms of security, economic growth and human well-being.

The paper urges policymakers and analysts in the intelligence, diplomatic, and military communities to think beyond conflict in purely country-to-country terms. The reality is more complex, as local actors, like the separatists in Ukraine, often serve as proxies for another country, like Russia. This form of statecraft doesn’t involve force or war. Further, given the external players involved, approaching state weakness as solely a domestic issue is limiting. 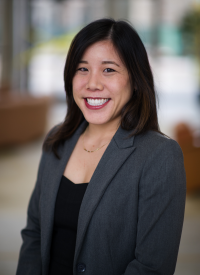 “Think of this as a replacement for direct force and warfare of another kind. Countries can advance their own interests without using direct force or taking over territory,” said lead author Melissa M. Lee, assistant professor of politics and international affairs at Princeton’s Woodrow Wilson School of Public and International Affairs.

The research stemmed from Lee’s doctoral dissertation, which she completed at Stanford University. She was interested in determining why certain countries failed to govern their own territories. The field of international relations suggests that state weakness persists because of the absence of war. Comparative politics points to domestic factors like geography — how far certain places are from the state capital, which would make them harder to govern. Departing from the two theories, Lee delved into a statistical analysis to see whether bordering states or outside actors also played a role.

Using a cross-national, within-country design, Lee examined the levels of state authority between provinces that border another state. Her sample included 78 countries with 710 unique border provinces between 1960 and 2012. She controlled for such domestic factors that could affect state authority including terrain ruggedness, distance from the capitol, population density, whether ethnic groups are split across a border, and so forth.

As expected, Lee found that being next to a rival country has a profound effect on the country’s ability to govern itself. This is especially true in the case of countries where ethnic groups are split across a border.

The paper concluded with a qualitative examination of Malaysia’s role in undermining domestic sovereignty in the 1970s in Mindanao, a region of the southern Philippines. The data, as well as this case study, all support Lee’s theory that third-party countries use subversion and coercion to advance their own interests.

“From Ukraine to Pakistan to the Philippines, ungoverned spaces are breeding grounds for crime and illicit economic activity, all of which pulls resources away from the state,” Lee said. “It is in these quiet places where you can’t always go, like Georgia, where outside actors like Russia can have a supremely powerful influence. And, in some ways, once you no longer have the violence, it’s actually more insidious.”

The paper, “The International Politics of Incomplete Sovereignty: How Hostile Neighbors Weaken the State,” was published April 7 in the journal International Organization. Lee is currently writing a book that expands upon these theories tentatively titled “Crippling Leviathan: How Foreign Subversion Weakens the State.”