Movin' on Up? Views on Social Mobility Shape Americans' Faith in the Status Quo

Is the American socioeconomic ladder sturdy, offering a good chance for people to move up and down? Or is it rickety, leaving most people stuck where they are?

Psychologists at Princeton University and Memorial University of Newfoundland have found that how Americans view social mobility affects their willingness to defend the basic underpinnings of American society — such as social and economic policies, laws, and institutions.

In a series of studies, the researchers found that people who think Americans have ample opportunities to change their place in society are more like to defend the status quo than those who think people are mostly stuck in their current place.

"Belief in the American Dream appears tied to defending the status quo," said Martin Day, an assistant professor of psychology at Memorial University of Newfoundland who began the research as a postdoctoral researcher at Princeton. "This research suggests that if people knew how unlikely it is to realize the dream, they may increase their demand for a better system." 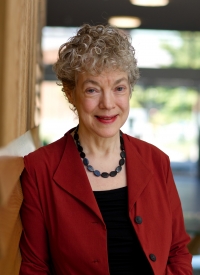 Day conducted the research with Susan Fiske, Princeton's Eugene Higgins Professor of Psychology and professor of psychology and public affairs. Together they are the authors of an article describing the research titled "Movin' on Up? How Perceptions of Social Mobility Affect Our Willingness to Defend the System" that was published online Nov. 22, 2016, by the journal Social Psychological and Personality Science.

"Now seems like a particularly important time to understand why people don't support a system they see as fixed against them," Fiske said. "We show that a system that doesn't work for them causally undermines their support."

In the experiments, nearly 850 Americans were assigned to read one of two summary reports describing social mobility in the United States or to read neither. One report described a study on the relative ease with which Americans can move up and down the socioeconomic ladder. The other report took a similar form but highlighted a message of low social mobility. Participants then answered a series of questions designed to test their willingness to defend the current system.

Michael Kraus, an assistant professor of organizational behavior at Yale University who studies how people perceive and explain the attainment of social status, said the research demonstrates "that blindness about the actual lack of economic mobility in society can prevent Americans from realizing how unfair and unmeritocratic our current economic system is."

Shai Davidai, an assistant professor of psychology at the New School in New York who studies perceptions of and reactions to economic inequality, said the new research is interesting to consider in the context of recent political events in the United States.

"While traditionally more conservative individuals tend to reject change and accept the status quo, this past election has been riddled with voices on the right calling for change and rejection of the prevailing forces," he said. "Could this shift be explained by the drop in actual mobility rates in the previous decades? Are people's subjective perceptions of mobility rates catching up with the actual decline in mobility in the U.S.?"

Looking forward, Day said, the research can help influence future research by highlighting the importance of beliefs about social mobility in defending the status quo.

"For example, it may be useful for future research to examine how perceived social mobility may relate to support for various programs and policies," Day said. "More broadly, it may be useful to better understand how we can effectively reduce barriers that limit people's opportunities to change their position in society."