Orange is the New Green: How Orange Peels Revived a Costa Rican Forest

In the mid-1990s, 1,000 truckloads of orange peels and orange pulp were purposefully unloaded onto a barren pasture in a Costa Rican national park. Today, that area is covered in lush, vine-laden forest.

A team led by Princeton University researchers surveyed the land 16 years after the orange peels were deposited. They found a 176 percent increase in aboveground biomass — or the wood in the trees — within the 3-hectare area (7 acres) studied. Their results are published in the journal Restoration Ecology.

This story, which involves a contentious lawsuit, showcases the unique power of agricultural waste to not only regenerate a forest but also to sequester a significant amount of carbon at no cost.

“This is one of the only instances I’ve ever heard of where you can have cost-negative carbon sequestration,” said Timothy Treuer, co-lead author of the study and a graduate student in Princeton’s Department of Ecology and Evolutionary Biology. “It’s not just a win-win between the company and the local park — it’s a win for everyone.” 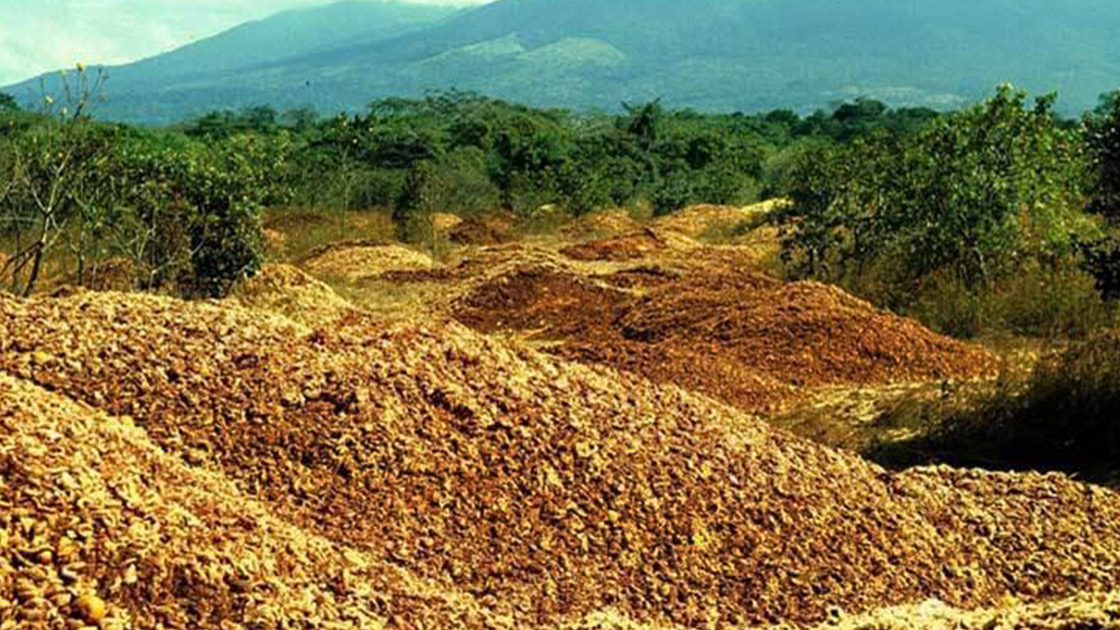 The original idea was sparked by husband-wife team Daniel Janzen and Winnie Hallwachs, both ecologists at the University of Pennsylvania, who worked as researchers and technical advisers for many years at Área de Conservación Guanacaste (ACG, Guanacaste Conservation Area) in Costa Rica. Janzen and Hallwachs, who graduated from Princeton in 1976, have focused the latter half of their careers on ensuring a future for endangered tropical forest ecosystems.

In 1997, Janzen and Hallwachs presented an attractive deal to Del Oro, an orange juice manufacturer that had just begun production along the northern border of Área de Conservación Guanacaste. If Del Oro would donate part of their forested land to the Área de Conservación Guanacaste, the company could deposit its orange peel waste for biodegradation, at no cost, on degraded land within the park.

But a year after the contract was signed — during which time 12,000 metric tons of orange peels were unloaded onto the degraded land — TicoFruit, a rival company, sued, arguing the company had "defiled a national park." The rival company won the case in front of Costa Rica’s Supreme Court, and the orange-peel-covered land was largely overlooked for the next 15 years.

In the summer of 2013, Treuer was discussing potential research avenues with Janzen when they discussed the site in Costa Rica. Janzen said that, while taxonomists (biologists who classify organisms) had visited the area, no one had really done a thorough evaluation. So, while on another research trip to Costa Rica, Treuer decided to stop by the site to see what had changed over the past decade.

“It was so completely overgrown with trees and vines that I couldn’t even see the 7-foot-long sign with bright yellow lettering marking the site that was only a few feet from the road,” Treuer said. “I knew we needed to come up with some really robust metrics to quantify exactly what was happening and to back up this eye-test, which was showing up at this place and realizing visually how stunning the difference was between fertilized and unfertilized areas.”

Treuer studied the area with Jonathan Choi, who, at the time, was a senior studying ecology and evolutionary biology at Princeton. Choi turned the project into his senior thesis.

“The site was more impressive in person than I could’ve imagined,” Choi said. “While I would walk over exposed rock and dead grass in the nearby fields, I’d have to climb through undergrowth and cut paths through walls of vines in the orange peel site itself.”

The research team evaluated two sets of soil samples to determine whether the orange peels enriched the soil’s nutrients. The first set of samples was collected and analyzed in 2000 by co-author Laura Shanks of Beloit College, and the second set was collected in 2014 by Choi. Shanks’ data were never published, so her analysis was combined with Choi’s for the purposes of this study. The samples were analyzed using different but comparable methods.

To quantify changes in vegetation structure, the researchers established several transects within the orange waste treatment area. These transects were 100-meter-long parallel lines throughout the forest, where all trees within 3 meters were measured and tagged. This was done to see how much growth was brought on by the orange peels. For a comparison, the researchers constructed a similar set of routes on the pasture on the other side of the road, which hadn’t been covered in orange peels. They measured tree diameter and identified all species within both areas. 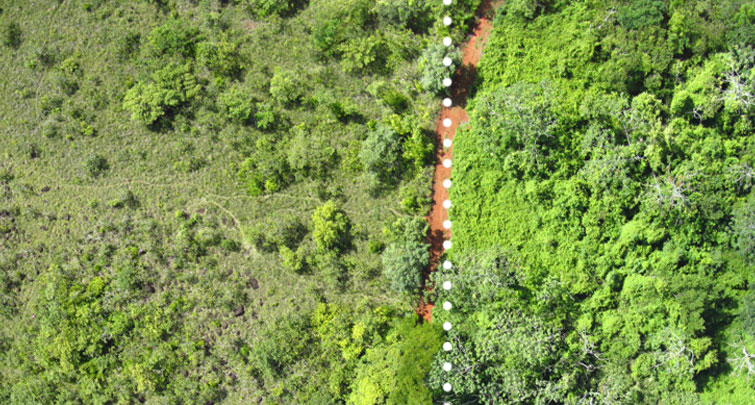 They found dramatic differences between the areas covered in orange peels and those that were not. The area fertilized by orange waste had richer soil, more tree biomass, greater tree-species richness and greater forest canopy closure.

“Plenty of environmental problems are produced by companies, which, to be fair, are simply producing the things people need or want,” said study co-author David Wilcove, a professor of ecology and evolutionary biology and public affairs and the Princeton Environmental Institute. “But an awful lot of those problems can be alleviated if the private sector and the environmental community work together. I’m confident we’ll find many more opportunities to use the ‘leftovers’ from industrial food production to bring back tropical forests. That’s recycling at its best.”

In addition to Choi, Hallwachs, Janzen, Shanks, Treuer and Wilcove, co-authors include Andrew Dobson, a professor of ecology and evolutionary biology at Princeton, and Daniel Perez Aviles, Jennifer Powers, and Leland K. Werden, all of the University of Minnesota.

The paper, “Low-cost agricultural waste accelerates tropical forest regeneration,” was published Aug. 22 in Restoration Ecology. The research was supported by a 2015 grant from the Princeton Environmental Institute's Walbridge Fund Graduate Award to Treuer. It was also supported by the Princeton Department of Ecology and Evolutionary Biology, the Office of the Dean of the College at Princeton University, the High Meadows Foundation, Garden Club of America, and Área de Conservación Guanacaste.