Pesticides are present in many food products and play a central role in the production of traded agriculture, giving them global and economic significance — and necessitating proper regulation. Yet, some pesticide companies may put profit ahead of protecting the public from potential harms.

Take the chemical corporation Syngenta, for example, which sued the U.S. Environmental Protection Agency for failing to ban a risky pesticide. Yet, Syngenta was the patent-holder and sole-seller of the product. Why would a company go against its own product in this way? 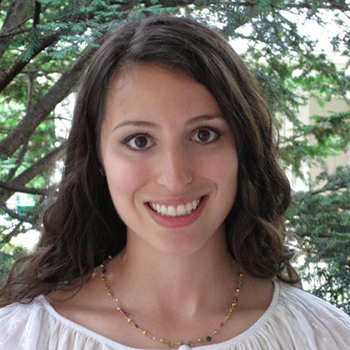 “While companies might claim this is corporate responsibility, my work suggests this is largely about increasing profits,” said Rebecca Perlman '08, assistant professor of politics and international affairs at Princeton’s Woodrow Wilson School of Public and International Affairs.

The results, published online in the American Journal of Political Science, come from an investigation of both U.S. agrochemical regulations and company-level petitions for regulatory change.

Perlman chose the pesticide realm for several reasons. First, there is evidence of companies eliminating out-of-patent pesticides for patented alternatives. Second, there are thousands of regulations in the U.S. at any given time, so the behaviors can be studied statistically. Finally, regulatory requests by companies are publicly available.

The first part of the study was quantitative. Perlman’s sample covered the years 1996 to 2015, and she used it to evaluate changes to the maximum amount of pesticide residue allowed to be present on food, standards known as “tolerances.”

She found that after accounting for the primary safety characteristics of a pesticide, changes to these tolerances could be explained, in significant part, by companies’ financial interests. In addition, she showed that companies strategically lobby for stricter tolerances on their own less profitable products.

The second part of the study was qualitative and involved a historical examination of pesticide regulation in the United States. After pouring through Congressional testimonies, Perlman found that innovative companies historically lobbied for regulations that — while seemingly intended to protect the public from dangerous pesticides — also made it easier for these companies to eliminate less profitable products (and the generic competition) on a more systematic basis.

“In a world in which some governments are moving to oust independent scientists from the regulatory process altogether, whereas others are requiring an ever-higher burden of scientific proof through the use of precaution, this article seeks to provide deeper insight into the interplay between science and regulation,” Perlman said. “While much of the academic literature has focused on how companies ‘capture’ complicit regulators, more research is needed to understand how producers leverage information itself to win favorable regulations.”

The paper, “For Safety or Profit? How Science Serves the Strategic Interests of Private Actors,” is now available in Early view and will appear in a forthcoming issue of American Journal of Political Science.