Police officers are highly responsive to the scrutiny of their superiors, a Princeton University study shows. The findings suggest that rules and supervision can be effective at reforming police behavior.

In 2013, the NYPD suddenly mandated that officers provide thorough, narrative descriptions of their stops of criminal suspects to their superiors, justifying their reasons for each stop. Immediately after the change, officers began limiting their stops to scenarios in which the probability of criminal activity appeared high.

Some officers cited increased managerial scrutiny as the reason they adopted more conservative tactics, worried that commanders may have been “trying to find a reason to penalize” officers for misconduct in the streets. 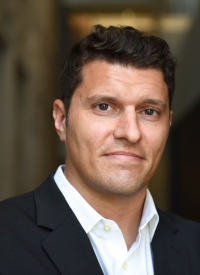 The stop-question-and-frisk program has generated a tremendous amount of debate since its escalation in New York City during the 1990s. Between 2005 and 2011, hundreds of thousands of stops were made each year, and the vast majority of those stopped were non-white.

Stops are recorded on “UF-250” forms, which are filled out by officers and convey the date, time and location of the stop, as well as the reason for the stop and any outcomes. With a trial for a class action law suit concerning the policy about to commence — David Floyd, et. al, v. City of New York — the plaintiffs in the case filed a memo dated March 4, 2013, asking for several forms. Among these was that the UF-250 form be amended to include a narrative portion for police officers to justify their stops.

Interestingly, on the next day, the NYPD’s then-Chief of Patrol James P. Hall issued a memo to the commanders of all patrol units, essentially mandating this exact reform. Officers were instructed to record detailed, narrative notes on the reasoning for these stops, and then photocopy these descriptions and submit them to their supervisors after each shift.

“This intervention suddenly increased the perceived level of supervision being applied to officers’ decision-making on the street,” Mummolo said. “The fact that the directive may have been a strategic response made to a brief filed just one day earlier is important, since it implies it was not long-planned or anticipated by officers. This makes it much easier to measure the directive’s impact.”

Using more than 3 million records of police-citizen interactions, Mummolo measured the rate at which officers found evidence of the crime that motivated stops, a metric known as the “hit rate.” This measure explicitly links the suspected crime to tangible evidence, providing an objective basis for determining whether a police officer’s suspicion was warranted in the first place.

Of the 3 million stops recorded from 2008 through 2015, close to 830,000 were listed as criminal possession of a weapon. Of these stops, Mummolo found that around 3.5 percent produced a weapon in the “pre-treatment” stage of the study, or before the mandate was issued on March 5, 2013.

Following the reform, the hit rate increased dramatically, rising sharply in the months that followed. This means the reasoning for the stops was more in line with the actual outcomes. This result was caused by a sharp drop in the number of arguably unnecessary weapon stops being performed — those where a weapon was not found — not by an increase in the number of stops producing a weapon, Mummolo found.

So why was this memo so effective? The NYPD has more than 30,000 officers, and the volume of memos circulating its halls is considerable. But for many officers, this particular memo signaled heightened scrutiny from supervisors.

One officer said, “They’re really watching us now,” after recalling the day the memo was released. Another said, “We need to protect ourselves.” The perception of risk led some officers to forgo making stops unless they observed something highly incriminating.

Mummolo’s work is among the first to examine a rare case in which police behavior was recorded with very high frequency before and after an unanticipated procedural change. Still, limitations remain.

Mummolo noted that reporting bias is always a concern, and it is difficult to determine how long the effect of the new order lasted. The data are based on only one city, so this concept should be tested in other areas and across police departments.

“Calls for reform and oversight of police organizations are now widespread,” Mummolo said. “Even if social movements aimed at reforming policing garner victories in courts and legislatures, reforms will have to be implemented within police organizations. Knowing that officers are so responsive to new agency rules bodes well for the prospects of effective police reform.”

The study, “Modern Police Tactics, Police-Citizen Interactions, and the Prospects for Reform,” was part of dissertation work funded by a National Science Foundation dissertation completion grant. This research was approved by Stanford University’s Institutional Review Board.