Enlisting in the U.S. Military usually entails a temporary move across the globe, often to a conflict zone. However, workers in other government offices don’t often expect to move to such regions; how often are civilian employees needed in overseas conflict?

On Feb. 12, 2016, four graduate students from Princeton University’s Woodrow Wilson School of Public and International Affairs traveled to the United States Institute of Peace (USIP) in Washington, D.C., to report their findings about the 2009–2011 civilian surge in Afghanistan. Their audience paid close attention—the 60 attendants were many of the very people whose policies and decisions were under the microscope.

In February 2009, when the military deployed an additional 33,000 combat troops to Afghanistan, civilian employees were needed just as much. The State Department and the U.S. Agency for International Development (USAID) had to rapidly recruit, clear, train and deploy nearly 3,000 people over the course of five years, a deployment which tripled the civilian population in some areas but failed to exceed goals.

The report, which was carried out in cooperation with the Special Inspector General for Afghanistan Reconstruction, examined both the effectiveness of the surge and the policies and decisions behind it, cumulating in a presentation to USAID and other government entities, including the State Department. 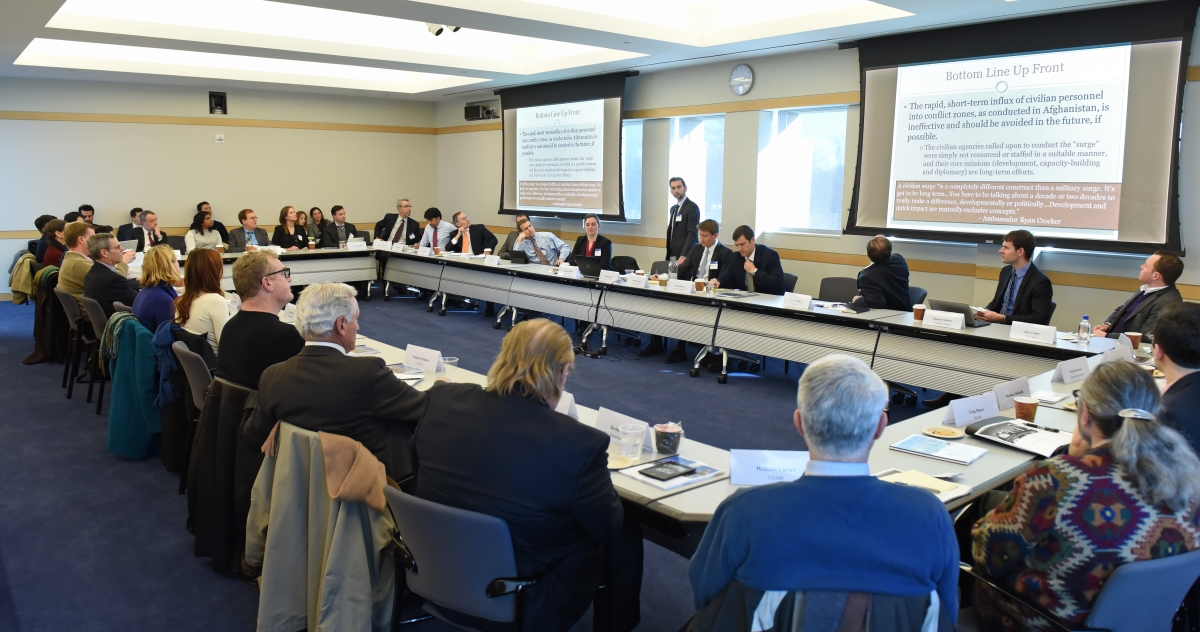 One of the principle findings revealed the agencies tasked with both creating and supporting civilian deployments are often unprepared to do so. Many offices are understaffed, underfunded and underequipped, Erickson explained. Shortcomings often come from bureaucratic complications, not the personnel.

“They really did the best they could with a difficult situation,” Erickson said.

In addition to understanding the impacts of the increase in civilians working from Afghanistan, students also gained an appreciation for the dedication required for policy making.

“You quickly realize that nothing was simple; there were no easy answers,” Sholes said.

Erickson agreed. “I probably came in here thinking it was as simple as the secretary of state just saying ‘I want to do x,y and z instead,’ and certainly there’s some truth in that, but the deeper part is really a whole of government kind of problem.”

The end of the presentation allowed the audience to discuss the report’s findings with both the students and each other. Sholes described the atmosphere as ‘cathartic’ since many government employees were able to talk about decisions made about Afghanistan with people from other offices, many for the first time.

“It’s incredible just how much difference of opinion there is on how to fix this. A majority of people we presented to agreed with our findings, but I still feel that a large majority of them hold different opinions as to how to fix it,” Erickson said. “We weren’t surprised by that, but it really speaks to the fact that so many people we presented our project to really have blood, sweat, toil and tears invested in Afghanistan. It’s a very personal project for people, understandably so. But as far as building a consensus to move forward and how best to do that is still very, very challenging.”

Erickson, an active-duty member of the U.S. Army, was drawn to the subject because of his professional experiences in Afghanistan.

“This was a great way to augment a little bit of experience in Afghanistan but seeing it from an entirely new angle,” Erickson said. “In the military, you don’t quite appreciate the difficulty of how differently the civilian agencies face some of these issues compared to the military.”

Looking forward, the students hope their research can inspire future talks about how to manage civilian deployment in other areas of conflict. 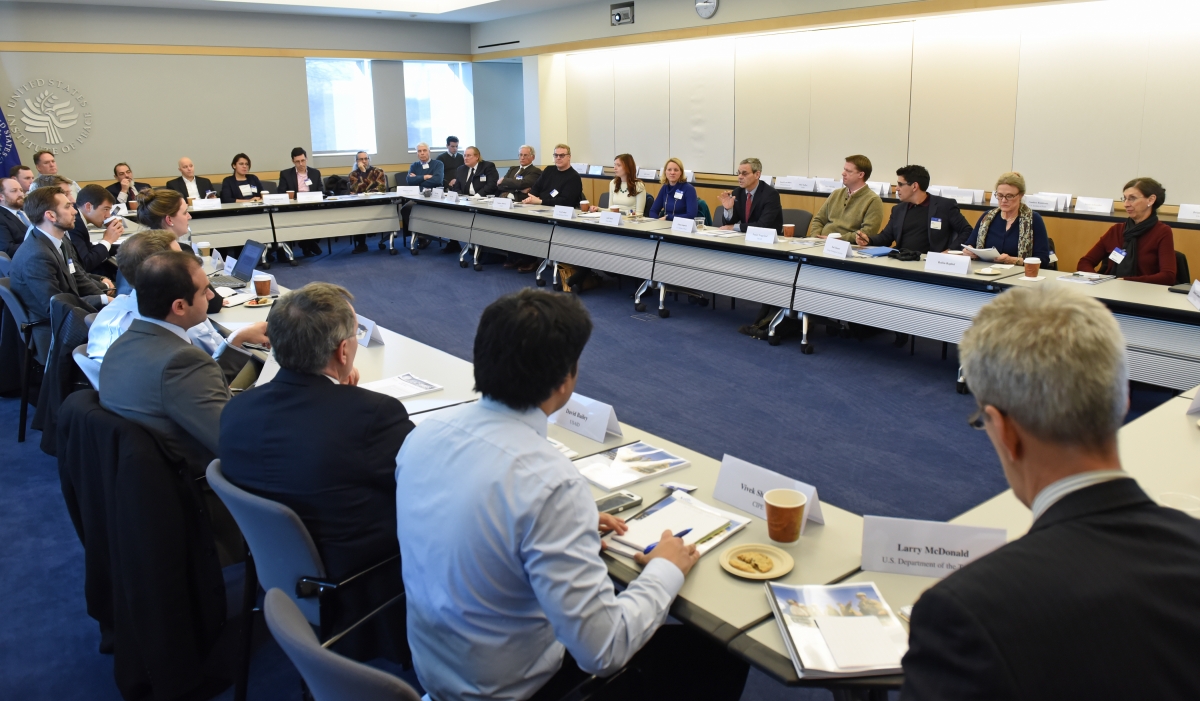 “Ultimately the whole point is to be able to use these lessons learned in Afghanistan and apply them in other regions of global conflict,” Sholes said.

The students conducted more than 50 interviews with former and current principals and action officers from the State Department, USAID, the Department of Defense, the National Security Council, Congress as well as several nongovernmental organizations and think tanks. Four students—Hassan, Killian, Rhode and Sholes— also traveled to London and Amman, Jordan, to gain an international comparative perspective by speaking with the United Kingdom Department of International Development in London and the International Organization for Migration in Amman.

“This has been one of my most memorable experiences at Princeton and is certainly something I will remember 10 years from now,” Sholes said.

The course professors and faculty advisors were Jacob N. Shapiro and Ethan Kapstein. Shapiro is an associate professor of politics and international affairs at Princeton University’s Woodrow Wilson School and co-director of Princeton’s Empirical Studies of Conflict Project (ESOC). Kapstein is ESOC’s associate director and a senior advisor and director for economics at USIP; he is also the Arizona Centennial Professor of International Affairs at the McCain Institute for International Leadership at Arizona State University and a research affiliate at the National Bureau of Economic Research.